14 LISTS Intimate Celebrity Secrets Some TMI facts about celebrity private lives, just in case you care about such things.

As some sort of a sequel to Beau Iverson's list (http://www.ranker.com/list/the-13-most-historically-important-perverts-of-all-time/beau-iverson), I've decided to compile this list of 14 other allegedly awesome people who were really perverts in their private lives.Your opinion on Lewis Carroll, Charlie Chaplin, and Lord Byron will never be the same.

A lot of Googling involved here, and some of the sites used may not be accurate. If I made a mistake, please make a Disquz comment so I can correct it!

Guilty of: Being a playboy, stripping women in 'auditions'

Who's this guy?
THE single most famous actor of the silent film era. Even small children who have never heard of his name inevitably remember his hat-and-cane image.

What's his story?
Chaplin was obsessed with young women, having confessed to having had sex with over 2000 women. He would find young women to star in his movies, oftentimes just teenagers, seduce them, and then drop them for the next one as soon as the girl began to fall in love. When they would get pregnant, he would tell them to get abortions and show his contempt for them. One girl, whom he married in secret after she became pregnant, was standing outside on the platform of the back of train after the ceremony, and Chaplin walked up to her and said, "This would be a good time to put an end to your misery – why don't you jump?"

According to film historian Kevin Browning, "Charles would only communicate with the actress he was auditioning via caption cards and mime, supposedly to test their ability to 'perform' in silent movies. The cards would become ever more lewd and suggestive as he got them to undress, and he would fondle their breasts in an exaggerated silent movie acting manner..."

What's more, at the end, Chaplin would make them stand naked while he threw pies at them. If they cried out, they failed the audition because, apparently, that made them unfit to mime.

18 Surprising and Revealing Facts About Charlie Chaplin #24 of 339 The Funniest People Of All Time #10 of 1,030 The Best Actors in Film History

What's his story?
Carroll was perhaps one of the first people to take up photography as a habit. He took about 3000 photographs in his life, of which only 1000 have survived. About 500 of those were of little girls.

You see, unlike Charlie Chaplin and HG Wells (both of whom are on this list), Carroll did not have any affairs with women. He remained a bachelor throughout his life. Unfortunately, that meant he always had an entourage of little girls around him. He would write poems, riddles, and other fun stuff for the girls, as well as... love letters. Alice Liddell, the inspiration for Alice in Wonderland, was one of them. The moment the girls reached puberty, he would kick them out.

Carroll only liked English girls. American girls were too rude for him. As for boys, he wrote, "I confess I do not admire naked boys in pictures. They always seem... to need clothes, whereas one hardly sees why the lovely forms of girls should ever be covered up."

According to Carroll, he was tormented by the "inclinations of my sinful heart" and often lay down in bed thinking about maths to ward off his "unholy thoughts." Let's just be glad that he dropped photography in 1880.

Who's this guy?
A successful sculptor and typeface designer. Many of his fonts are still used today.

What's his story?
Although he claimed to be a devout Catholic, he was also a complete pervert who went much further than extra-marital affairs (though he had those too). This guy would totally be in jail if he were alive today.

Let's start with his sculptures. Though magnificent, his sculpture entitled "F**king" of a couple entwined in complete ecstasy. The models? His sister (who he was incestuous with during the time of the creation of the sculpture and for most of his adult life) and her husband.

Gill was obsessed with sex, abusing his maids, prostitutes, even his animals. Should his art be celebrated or condemned? 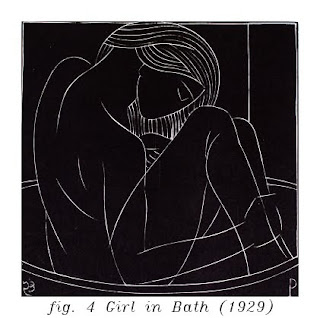 Did this surprise you?
4
T. E. Lawrence

Guilty of:  Masochism, possible pederasty (relationship with a teenage boy)

Who's this guy?
Better known as Lawrence of Arabia, which is a pretty self-explanatory name – he played a major role in the Arab revolt against the Ottoman Empire. He was also an archaeologist.

What's his story?
Lawrence was a celibate who hated being touched, and his friends believed he was asexual, but according to some, this changed when he met Dahoum, a 12-year-old Syrian boy who worked with him in archaeology. The two allegedly fell in love and lived together. It has even been claimed that Lawrence wrote about 'sweet' embraces in his journal and made a naked model of Dahoum, although none of these claims have ever been verified.

In his memoir The Seven Pillars of Wisdom (which was dedicated to Dahoum, by the way), he claims that he was captured by Turks in 1917, brutally beaten, and raped. Many say, however, that there are subtle tones of eroticism during these excerpts. He said he felt "delicious warmth, probably sexual, swelling through me."

What's more, he regularly asked his pal John Bruce to whip his buttocks over a period of 12 years. He would ask to be flogged 30-75 times in a tent, sometimes with a witness, then have them write an account of the flogging to read later. His excuse? An uncle identified only as 'R' (who probably never existed) asked him to be disciplined. It's believed that Lawrence was reliving his physical and emotional trauma through the whippings, either consciously or unconsciously.

What The History Books Never Told You About Lawrence of Arabia #362 of 753 People We Wish Were Still Alive #277 of 2,437 The Most Influential People of All Time

The Best Chicago White Sox of All Time

The Best Songs About Trains

Every Member Of Hillsong Worship, Ranked