26 LISTS That's Just Science Psst! Hey, kid: wanna see something cool? Check out these lists of neato facts, pics, and vids of science working around you, all day in every way.

Like most of you, I tend to have what could only be described as a logic coronary when movies begin to fall apart if look at them too scientifically. I could get into it with Prometheus, but I don’t think we need to revisit that train wreck; it’s still too soon…

So here are seven movies with scientific flaws so bad that whenever someone rents one of these flicks, Neil deGrasse Tyson gets a migraine. Plot: Before he was hanging out with Ace Ventura, Spike the monkey was shipped to the USA chalk-full of something called the Motaba virus. It’s Dustin Hoffman’s job to stop the virus, prevent an outbreak, and foil Donald Sutherland’s plan to firebomb a small town. ﻿
“Does this look like the face of a man who would destroy a small town to protect a secret bioweapon?”

The Real Science: The problem with this movie is time. Like Jeff Goldblum in Independence Day, Hoffman whips up a cure sooner than it takes me to understand the joke in a New Yorker Magazine cartoon (my record is three hours). Normally, it would take a team of virologists weeks, or even months, to study the virus, go through the appropriate tests, and create a cure for distribution.

Unless of course, you're this guy: 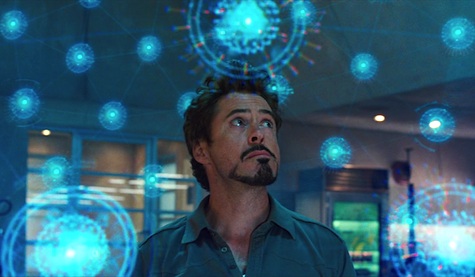 ﻿﻿
Because new elements apparently only take him an afternoon.

Then again, if the Motaba virus is anything like Ebola (it pretty much is), there would really be no need to quarantine the entire town or produce a cure because everyone would be dead within 48 hours. Including the Morgan Freeman character probably. And that's sad.

﻿“That’s right; you’re reading this in my voice. Rubber baby buggy bumpers.”
2
There's No Way We Can Miss a Texas-Sized Asteroid

Plot: An asteroid the size of Texas is hurdling towards Earth at about the same speed it takes for me to buy a gun in the aforementioned state. NASA decides to get Bruce Willis and his rag-tag team of oil drillers (think The Expendables brought by way of British Petroleum) to eat Animal Crackers off Liv Tyler’s tummy, fly into space, drill a hole in the asteroid, drop a nuke, blow up the rock, and fly back. 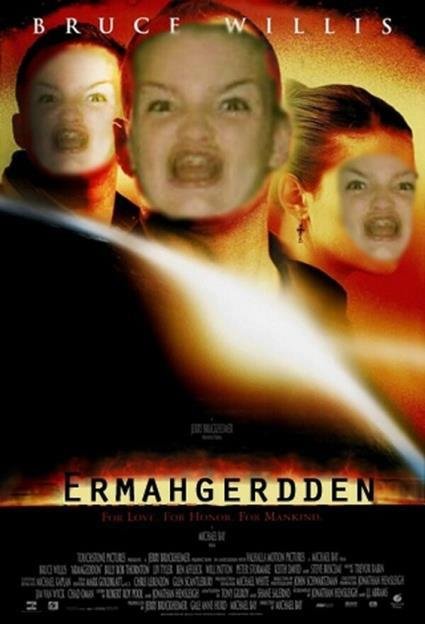 The Real Science: Here’s the deal: there’s so many inaccuracies in this movie it’s hard to pick one; however, there a few key problems that make this movie ridiculous.

Number one is that we would most definitely see an asteroid the size of Texas well before the last minute. The United States alone has a number of observers including JPL’s Near Earth Asteroid Tracking and the Air Force’s Maui Space Surveillance Site, not to mention private citizens like this guy. Not only would we know about and be tracking an asteroid that size floating in the main belt, but we would see it coming far sooner than the movie led us to believe. Oh, and their plan of drilling a hole 800 feet and placing the nuclear bomb into it is hardly likely to work (even with the stupid fissure). If the asteroid is the size of Texas, it would be about 870 miles across. 800 feet into something that size is the equivalent to scratching the surface of a volleyball. And don’t counter with the movie’s “fissure will crack the rest of it in half” argument; that’s what we call a Deus Ex Machina, and this list is about bad movie science, not bad writing.

Seriously, this movie is so bad that NASA even used the movie during management training to see if the trainee was able to find all 168 inaccuracies.
3
DNA Has An Expiration Date

﻿Plot: A small group of people get trapped in a theme park that is overrun with dinosaurs. Think of it as the last movie in a trilogy that includes Westworld and Futureworld, but instead of Yul Brynner, you get a group of Velociraptors that can open doors.

And I know you’re thinking, “But Yul Brynner wasn’t in Futureworld!” The Real Science: If we wanted to clone something, the DNA has to be perfect and even DNA trapped in 65 million-year-old amber would be way past its expiration date. Also, contrary to what Mr. DNA tells you, we can’t substitute other species' DNA (like, say, from a frog) to complete the chain.

Even if we could hypothetically extract a perfect strand of DNA that wasn’t tainted by the insect’s DNA or horribly degraded, could we do it? Hell no. You see, we would need a viable, living dinosaur egg for implantation. Since the whole point was to create a dinosaur because they’re extinct, we’re kind of at an impasse. Plot: The Earth’s inner core stopped rotating, our magnetic field is tearing apart, microwave radiation is ripping through out atmosphere, and the world is thrown into chaos! Up is down, right is left, birds drop dead, pace makers stop working, and I embrace the term “YOLO!” Hillary Swank and her intrepid crew of “terranauts” must drill into the center of the Earth and activate a nuclear bomb to kick-start the core. ﻿
“… and in the center past the mole people, we find creamy nougat.”

The Real Science: Let’s forget the problems actually getting to the center of the Earth, all the overlooked science (how in the heck did they stay in radio contact so far under the surface?) or the terribly conceived hurdles the team overcomes (how are they able to walk outside their craft in the recycled space suits from “Sphere” when the temperature would be thousands of degrees and the pressure would be immense?).

Rather, let’s just focus on two huge oversights:
1) Earth’s magnetic field has little effect on microwave radiation.
2) Sure, the sun lobs plenty of microwaves (electromagnetic radiation), but that is just light. The worst we’re looking at is our radios and cell phones fizzling out.

In essence, there isn’t really a disaster in this disaster movie. ﻿
“They obviously don’t know the meaning of the word ‘radiation.’ No, really, they don’t…”
LOAD MORE
Filed Under: Popular FilmScienceEntertainmentInteresting
MORE POPULAR LISTS

21 Celebrities Who Had Private Pictures Leaked

Here's What The Black Moon Means For Your Zodiac Sign

Which Shonen Protagonist Are You Based On Your Zodiac Sign?

40 Custom QR Codes To Scan And Use In 'Animal Crossing: New Horizons'

The Best Songs With Table in the Title