26 LISTS That's Showbiz, BabyLists about all the weird, expensive, political, ego-driven stuff that happens behind the scenes before and after films and TV series hit the screens.
Extras Who Ruined Entire Scenes Co-Stars Who Hated Each Other How They Beat the Censors Most Shameless Product Placement Notorious Fights Between Actors and Directors Overt Chauvinism on Classic Film Sets TV Actors Who Asked to Be Offed Performances by Method Actors Movies That Were So Hard to Make Least Profitable Movies Ever Made Films Changed at the Last Minute When Actors Rewrote Their Characters How Directors Make Actors Cry The Biggest Sets in Film History Mega-Flops That Still Made Bank Films With Major Production Problems Brutally Honest DVD Commentaries On-Set Drama That Stopped Production On-Set Feuds That Changed TV Shows Big Movies with Ghost Directors
Photo:  Injeongwon

Every actor knows the pain of auditioning. It's a constant cycle of hope, fear, and inevitable rejection for even the most talented of stars. However, for some actors, there reaches a point where auditions are no longer necessary and we can hardly imagine anyone turning them down for a part. There are some roles that we so closely associate with an actor (James Bond, Indiana Jones, Iron Man) that they're now iconic, and it's nearly impossible to picture anyone else in the role.

On the flip side, though, it may shock you that some actors who didn't get iconic roles went on to be big stars. These are examples of actors who didn't get the part. While normally the footage from auditions or screen tests are hidden from the public (sometimes for good reason) there are a few gems to be found online. Here are some screen tests from actors almost...but not quite...cast in major Hollywood roles.

This is an interesting case of things working out for everyone involved. Cillian Murphy is well known in Christopher Nolan's Dark Knight trilogy for his portrayal as the Scarecrow, however, that particular notoriety wasn't his goal. It may surprise some that before Christian Bale donned the cowl, it was Cillian Murphy who auditioned to be the Bruce Wayne himself. After Nolan saw 28 Days Later, Murphy was able to score a meeting and eventual audition for Batman Begins. As Murphy has put it:

"In fact, I did an awkward audition in the Batsuit. I think he saw something interesting in that screen test somehow, though, because he said, 'Hey, would you be interested in playing this other part?'"

Everything worked out though, as Murphy not only got a great role as a villain, he was put in all three of films and several of Nolan's other films (Inception and Dunkirk). 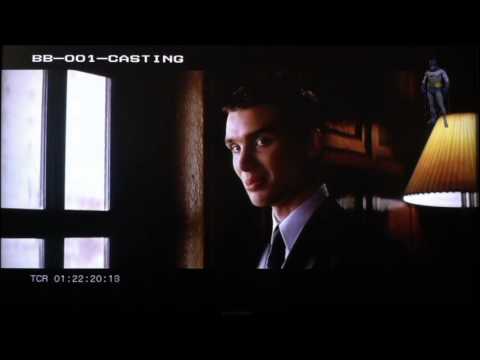 2
Scarlett Johansson As Judy In Jumanji

Jumanji was an instant classic when it came out in 1995. It also marked a big moment in the career of young Kirsten Dunst. However, Hollywood now A-lister Scarlett Johansson had auditioned for the role as well. The role went to Dunst, but don't feel bad for Johansson; being the highest grossing actor of 2016 is a decent enough trade-off.

#93 of 942 The Best Actresses in Film History #14 of 78 Who Is the Coolest Actor in the World Right Now?featuring The Best Scarlett Johansson Movies

3
Jessica Alba As Agent 99 In Get Smart

The cinematic reboot of Get Smart ended up starring Anne Hathaway as Agent 99, but Jessica Alba threw her name into the ring with her audition. She didn't get the part but hey, she had time on her hands to get into Fantastic Four!

#332 of 942 The Best Actresses in Film History #797 of 2,003 The Greatest Actors & Actresses in Entertainment Historylisted on Famous Hispanic Actresses

Back in 1977, Star Wars was released. But no one knew just how mammoth the mega-hit would become, least of all Hollywood actor Kurt Russell. Russell was in the running for both Luke Skywalker as well as Han Solo. The competition was closing in and Russell was one of the finalists for film, however the actor was offered a role in an ABC western series. He asked creator George Lucas if he was going to be cast and the role was still up in the air. Russell made a choice claiming "  got to go to work, so I did the western. Clearly, made the right choice." That last part was a joke by the way, but The Thing/Big Trouble In Little China/Escape from New York/Guardians of the Galaxy 2/Hateful Eight star has done just fine for himself, after all. 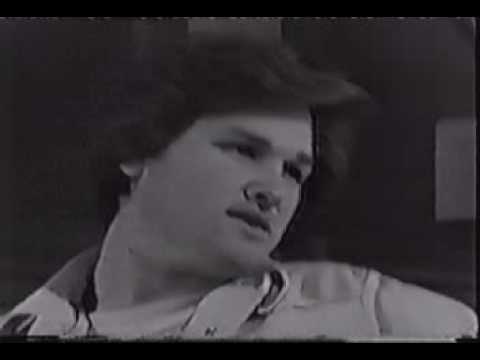 #126 of 1,151 The Best Actors in Film Historyfeaturing The 25+ Best Kurt Russell Movies of All Time, Rankedlisted on Actors You May Not Have Realized Are Republican