30 LISTS Doing What Actors DoLists about actors and actresses and the characters they became, how they disappeared into roles, what they really look like, and more.
Just What Kind of Movie Is This? Greatest One-Hit Acting Wonders Actors in Old Age Makeup Actors vs. The Historical Figures They Played Same Character, Different Ages Never Recovered from Infamous Roles Wild Body Changes for Movie Roles Method Acting That Ruined Lives Actors Who Lied to Get the Part Old Actors Cast as Teenagers On Playing Real People Who Are Still Alive Actors Who Asked to Be Written Out of Franchises Aging Backwards Since the '90s Actors Who Are Always Creepy Pictured with the People They Played Landed Roles with No Experience Real Harm to Actors That Ended Up in the Movie Fictionalized Versions of Themselves In the Original, Then the Remake Their Decisions Totally Changed the Characters
Photo:  20th Century Fox / Warner Bros. / TriStar Pictures

Have you ever started filming a movie you thought was a comedy, but it was actually a horror film? Probably not because, chances are, you're not a famous actor (but if it is you, Mr. Murray, humanity doesn't deserve you). But believe it or not, this kind of stuff actually does happen to movie stars. Actors who thought they were making different films (or at least, different kinds of films) are, well, people in Stephen King movies, mostly. And then there are actors whose roles were much different than they thought they'd be, including such big names as Charlton Heston, Halle Berry, and the whole freaking cast of The Usual Suspects.

It's surprising, but it happens more than you might think. Sure, actors could pay attention to what they're doing, or give a flying muffin about more than just a paycheck, but then we wouldn't have these hilarious stories. Here are some knee-slapping instances of actors coming out the back end of a film with no idea what the world was about to see.

1
Danny Lloyd Didn't Know The Shining Was A Horror Movie

Danny Lloyd played Danny Torrance in The Shining as a five-year-old. He also didn't know he was making a horror movie. This is mostly because he was told he wasn't, and children will believe chairs are spaghetti if you tell it to them with confidence.

Director Stanley Kubrick actually had the child's best interest at heart (which is shocking, given his well-documented insanity), so in order to protect little Danny from trauma, he not only told him they were making a drama, but he took steps to keep Danny out of scary situations. When Wendy is running from Jack with Danny in her arms, she's actually carrying a dummy, so the boy wouldn't have to be in a scary scene. That's borderline heartwarming!

#28 of 40 Kids of Horror Movies: Where Are They Now? #1 of 9 9 Horror Movie Kids Who Had A Blast Playing Creepy And Tormented Characters

Since he was an up-and-comer at the time, many of his scenes were cut from the final product, highlighting the real stars of the film George Clooney, John Travolta, Nick Nolte, John Cusack, Woody Harrelson, and Sean Penn, even though none of them were, you know, the protagonist. Brody, unfortunately, was unaware of the cuts, but learned when he viewed the premiere with his parents whom he had brought along, brimming with pride. And then, presumably, deflated with crippling sadness.

#201 of 1,148 The Best Actors in Film History #94 of 282 The Best (Male) Actors Working Todayfeaturing The Best Adrien Brody Movies

Frankie Laine was a singer who recorded music for a number of famous westerns like 3:10 to Yuma and Rawhide, so Mel Brooks thought he'd be a perfect fit for the theme of Blazing Saddles. Frankie Laine agreed to take the gig, and was so moved by his performance that he cried after recording it.

This is a strange reaction, considering the movie's a preposterous satire of the Western genre, but Laine apparently had no idea: "I thought I was doing a song for another High Noon, and I gave it my best dramatic reading ... When I saw wacky things happening on the screen, like a guy punching a horse, I sunk down into my seat with embarrassment."

When Piper Laurie received the script for Carrie, she was not impressed. "I read [the script] and I thought it was a comedy-- no, no, no," she corrects, "I thought it was stupid." Her husband at the time told her that she misunderstood it; that director Brian De Palma had a comedic approach, so she reread it and recognized it for what it was: satire.

Well, it's neither really. But when you hear her talk about it, which you can in the above video, she initially sounds a little ridiculous, but ultimately charming. In the end, she really enjoyed both making the movie, as well as the final product. And she almost won an Oscar! 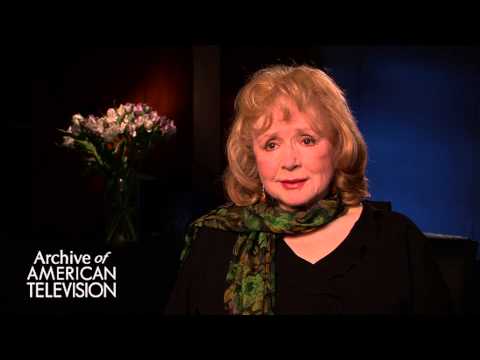