14 LISTS Archer Lists about the FX animated series about a suave international spy, his fellow secret agents, and his boss, who is also his mother.

Seamus, Lord Byron, & Other Tattoos
The Best Episodes of All Time
Obscure Jokes You Didn't Get
Favorite Characters
Fan Theories to Blow Your Mind
Lana, Ants, and Other Running Jokes
Baddest Bad Guys
The Greatest Things Sterling Ever Said
All Seasons, Ranked
Literary References
What to Know About Adam Reed
Famous Lookalikes
Fun Facts About the Voice Actors
Awesome Shows and Movies Like Archer
Photo: FX/FXX

Archer has easily cemented its reputation as one of the funniest and most crass cartoons on television, but it's also one of the smartest. Among the sex jokes and violent comedy in the series, there are tons of literary references on Archer.

It's funny that despite his idiotic, egotistical nature, there are a great number of literary allusions by Sterling Archer on the show. Whether it's just a random quote by Melville or lambasting a George Orwell novella, Archer often makes deep pulls from the literary well.

Here's the definitive list of the top Sterling Archer literature references and some literary Easter eggs from the show for you to learn, read, and most importantly, rank! And, seriously, READ A BOOK.

Pam Poovey is not one to mess with, especially with her street fighting skills and massive strength. But what really adds to Pam's badassery is her giant back tattoo, which if you look closely is an excerpt from Lord Byron's "The Destruction of Sennacherib." The poem is about the Biblical story from 2 Kings, where God sends an Angel of Death to kill the Assyrian army in their sleep. Pam's tattoo, an equally obscure and badass literary reference, reads:

For the Angel of Death spread his wings on the blast,
And breathed in the face of the foe as he passed;
And the eyes of the sleepers waxed deadly and chill,
And their hearts but once heaved, and for ever grew still!

Is this clever?
2
Chekov's Gun

When teaching Cyril how to be a better secret agent, Archer brings his small Chekov gun out of his undies. Renowned playwright Anton Chekov stated that if a gun is introduced in the first act, it must be fired sometime in the production or it doesn't need to be in the play.

This is mostly a script writing note to prevent unnecessary details or focus on certain props unless there is a payoff - a concept commonly referred to as "Chekov's Gun." Oddly enough, the Chekov gun in the episode doesn't fire, but a poisoned pen that was also introduced does. Therefore the episode is both adhering to and bucking the "Chekov's Gun" concept. 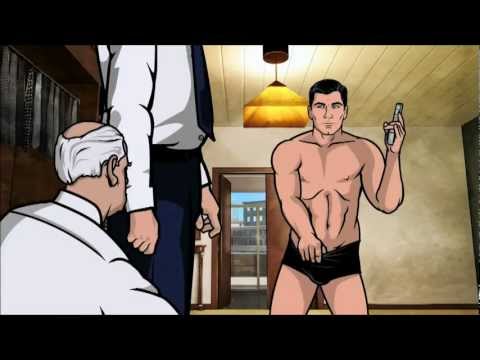 Is this clever?
3
Bloody Marys: The Best Drink for Sinners of an Angry God

Before Archer tries to recover from a hangover with a pitcher's worth of Bloody Marys, he states, "For I am a sinner in the hands of an angry God." This refers to a sermon written by British theologian Jonathan Edwards, who likely would not have approved of Archer's antics. 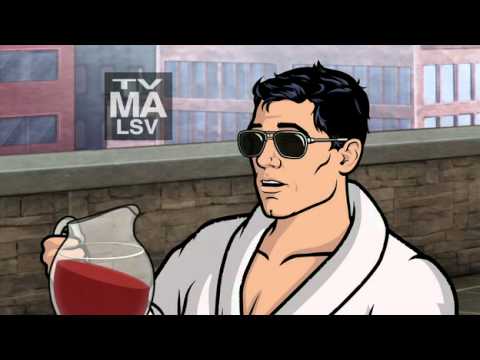 Is this clever?
4
Woodhouse = Wodehouse

Even wonder why butlers are commonly named "Jeeves" in popular culture? It's a decades-long reference to P.G. Wodehouse's series of humorous short stories featuring a trusted valet named Jeeves. As an homage to the writer, Archer's butler was named "Woodhouse," the phonetic spelling of Wodehouse's name.

17 Shows That Were Canceled On Major Cliffhangers

Celebrities Who Live in Oregon

The Best Clothing Brands For Teenagers

Celebrities Who Live in Las Vegas