Arnold Schwarzenegger said "I think that gay marriage should be between a man and a woman." and made it clear that this Governor of California is brainless. Schwarzenegger's movies were kick total butt, but his dumb quotes and shaky command over English language are a complete contrast.

Best known as one of the greatest action stars ever, Arnold's most dubious distinctions as of late have been tied to his bizarre public and political personas such as his fathering of a love child that led to a separation from long-time wife Maria Shriver and to his being named as one of the biggest douchebags in Hollywood.

Read memorable Arnold Schwarzenegger quotes, including Arnie gaffes about sex, politics, and other famous quotes. The classic Terminator Schwarzenegger's bloopers and gaffes are abundant and reading through this list is a fool-proof stress-buster. And if you're keen to read more quotes from politicians waxing "poetic", try the funniest John Kerry quotes for even more political funnies.
1
In "The Terminator"
I'll be back.

Should this be higher or lower?
2
In "Terminator 2"
"Hasta la vista, baby!" 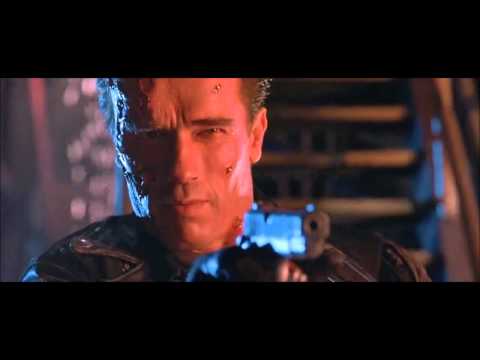 Should this be higher or lower?
3
In "Predator"
If it bleeds, we can kill it.

Should this be higher or lower?
4
On Gay Marriage
I think that gay marriage should be between a man and a woman.