Arthur Christmas movie quotes are from the 2011 CG-animated comedy by Aardman Features (yes, the 'Wallace & Gromit' and 'Chicken Run' group). The movie features the voices of James McAvoy, Hugh Laurie, Jim Broadbent and Bill Nighy, among others. Some of the best Arthur Christmas quotes come from Arthur himself, but several other characters, including Santa and his dad, Grandsanta, also have some funny lines. Arthur Christmas has all the makings of a future Christmas movie classic, complete with memorable quotes. See a favorite quote on this list? Vote it up! And if I've missed your favorite Arthur Christmas quote, definitely add it to the list.

Think you've seen it all when it comes to Christmas movies? You haven't seen anything like Arthur Christmas. Arthur Claus (James McAvoy) is the youngest son of Santa Claus (Jim Broadbent), and he's...well...he's a bit of a bumbling idiot (in a super nice way). Arthur's brother, Steve Claus (Hugh Laurie), is the family golden boy, and he's set to take over Santa's reigns (so to speak) if and when the Jolly One opts to retire. Arthur's stuck in the North Pole mail room. But when he realizes that Santa's super duper high-tech present delivery system accidentally missed a child, he sets out to become a Christmas morning hero - with a little help from Grandsanta (Bill Nighy).

Arthur Christmas was one of the best-reviewed films of 2011, garnering a more than 90% favorable rating from critics on Rotten Tomatoes' 'Tomatometer.' Unfortunately, the great reviews didn't translate into box office success in U.S. theaters: Since it's release, Arthur Christmas has grossed about $47 million domestically. The movie fared much better in foreign markets (including the UK), taking in around $90 million. Arthur Christmas also received a Golden Globe nomination for best animated film.

If you are totally into great family and/or comedy movies, check out these lists for the best quotes from The Muppets, Hugo, Jack and Jill, Tower Heist, Puss in Boots, The Rum Diary and Happy Feet Two. If Christmas movies are your thing, be sure to vote for your favorites on these lists of favorite Christmas classic films and funny Christmas movie quotes!

Grandsanta: "Dasher, Dancer, Prancer, Bambi, Dave, you with the white ear, you... and you!"

Grandsanta doesn't hesitate to hop right back into his former Santa role, though since his days, toy delivering (and reindeer) have changed somewhat.

Elf: "No one gets an unwrapped present on my watch!"

If you think you're an expert gift wrapper, you've got nothing on an elf. Ever wrapped a bicycle while someone was riding it? Yeah, no. Me neither. Santa's elves are magical... 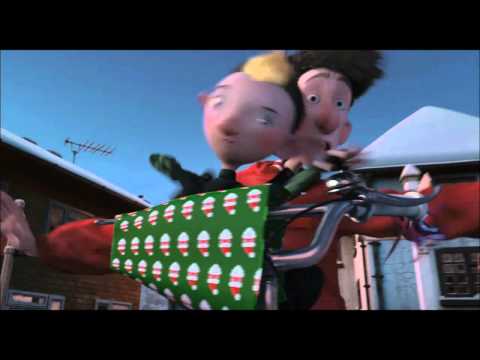 Bryony: "No one gets an unwrapped present on my watch!"

Bryony is the elf you want when it's Christmas Eve and you can't for the life of you wrap presents quickly and efficiently.

Love this quote?
4
A Bow

This elf means business when it comes to wrapping presents. Even in an extreme time crunch, the little guy manages to tie a bow on a...lion?! A great bow really does make a present extra special. Even when it roars. 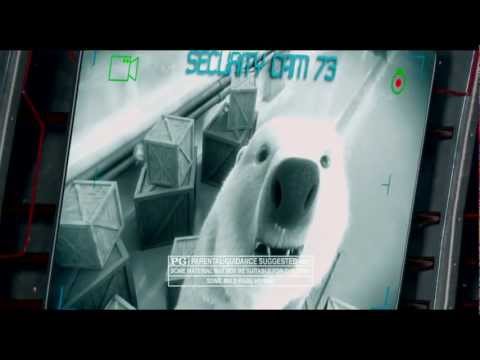 Which Superhero Are You, Based On Your Zodiac Sign?

The Best Songs With Brick in the Title

The Best Rap Songs About Poverty