Athletes crying at press conferences show a softer, more human side of our favorite professional athletes. All of these professional football, basketball, baseball and hockey players each shed some tears in front of the microphone and with the beauty of online video, we can relive these moments to laugh or cry along with them. They may be finely tuned athletes but as these athletes showed in press conferences, they are not too proud to get emotional for the right reason.

Maybe the most frequent times athletes will break down in tears is when they make the tough decision to retire. For athletes other than Brett Favre, this one-time press conference to announce the decision is nearly as emotionally difficult as the choice to hang 'em up in the first place. Add in the room full of reporters, bright studio lights and dozens of news cameras and that pressure more often than not leads to tears.

Same goes for athletes who for one reason or another are leaving their longtime teams for another. Imagine spending your entire adult life with a company then getting the boot all of a sudden. Some of the greatest athletes ever like NHL legend Wayne Gretzky and Super Bowl-winning quarterback Peyton Manning each went through that and needless to say, plenty of tears were shed.

Other times, athletes break down after an unfortunate incident which put them in the news for the wrong reasons. It could have been something as simple as a bad loss to make NFL players like Terrell Owens or Tim Tebow cry all the way up to allegations of sexual assault, like NBA star Kobe Bryant, or a sad in-game incident causing a major injury, like hockey enforcer Todd Bertuzzi. Each had to face the press regarding the incident and in these cases, each broke down talking about their regret.

Allen Ezail Iverson (; born June 7, 1975), nicknamed "the Answer", is an American former professional basketball player. He played 14 seasons in the National Basketball Association (NBA) at both the shooting guard and point guard positions. Iverson was an 11-time NBA All-Star, won the All-Star game MVP award in 2001 and 2005, and was the NBA's Most Valuable Player (MVP) in 2001. He was inducted into the Naismith Memorial Basketball Hall of Fame in 2016. Iverson attended Bethel High School in Hampton, Virginia, and was a dual-sport athlete. He earned the Associated Press High School Player of the Year award in both football and basketball, and won the Division AAA Virginia state championship ...more on Wikipedia 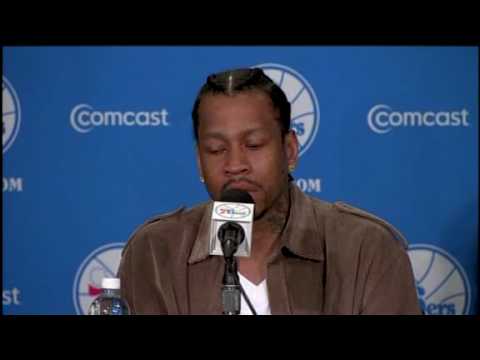 Brett Lorenzo Favre ( (listen); FARV; born October 10, 1969) is a former American football quarterback who spent the majority of his career with the Green Bay Packers of the National Football League (NFL). He was a 20-year veteran of the NFL, having played quarterback for the Atlanta Falcons in 1991, the Packers from 1992 to 2007, the New York Jets in 2008, and the Minnesota Vikings from 2009 to 2010. Favre was the first NFL quarterback to pass for 500 touchdowns, throw for 70,000 yards, complete 6,000 passes, and attempt 10,000 passes. A graduate of the University of Southern Mississippi, Favre played college football for the Southern Miss Golden Eagles for four years, setting many school ...more on Wikipedia 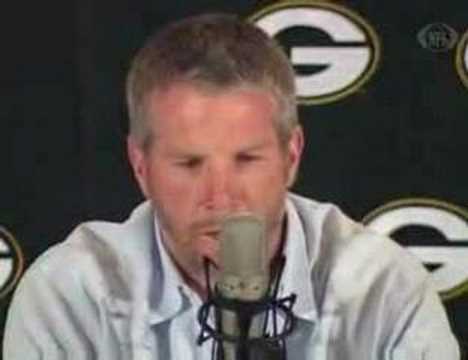 #831 of 2,166 The Best Athletes Of All Time #22 of 347 People Who Should Be in the Pro Football Hall of Famelisted on Athletes You Didn't Know Were Conservative

Terrell Eldorado Owens (; born December 7, 1973), popularly known by his initials, T.O., is a former American football wide receiver who played in the National Football League (NFL) for 16 seasons. A six-time Pro Bowl selection and five-time first-team All-Pro, Owens holds or shares several NFL records. He ranks third in career receiving yards at 15,934 and third in receiving touchdowns at 153. After playing college football and basketball at the University of Tennessee at Chattanooga, Owens was selected in the third round of the 1996 NFL Draft by the San Francisco 49ers. Owens was a member of the team for seven seasons until he was traded to the Philadelphia Eagles in 2004 following ...more on Wikipedia 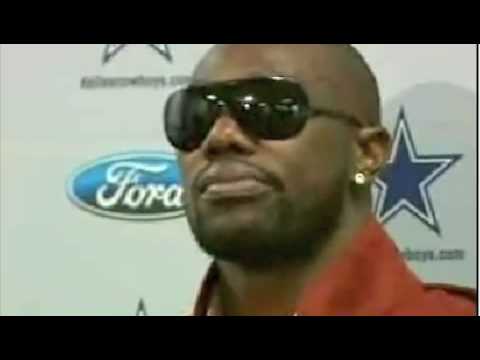 Michael Jack Schmidt (born September 27, 1949) is an American former professional baseball third baseman who played 18 seasons in Major League Baseball (MLB) for the Philadelphia Phillies. Schmidt was a twelve-time All-Star and a three-time winner of the National League (NL) Most Valuable Player award (MVP), and he was known for his combination of power hitting and strong defense. As a hitter, he compiled 548 home runs and 1,595 runs batted in (RBIs), and led the NL in home runs eight times and in RBIs four times. As a fielder, Schmidt won the National League Gold Glove Award for third basemen ten times. Schmidt was elected to the Baseball Hall of Fame in 1995 and is often considered the ...more on Wikipedia

The Best Clemson Tigers Quarterbacks of All Time

If These Photos Freak You Out You May Have Feretrophobia, A Fear Of Coffins

The Best Songs About The Color Orange