31 LISTS Doing What Actors Do Lists about actors and actresses and the characters they became, how they disappeared into roles, what they really look like, and more.

Greatest One-Hit Acting Wonders Just What Kind of Movie Is This? Actors in Old Age Makeup Actors vs. The Historical Figures They Played Same Character, Different Ages Never Recovered from Infamous Roles Wild Body Changes for Movie Roles Method Acting That Ruined Lives Actors Who Lied to Get the Part Old Actors Cast as Teenagers On Playing Real People Who Are Still Alive Actors Who Asked to Be Written Out of Franchises Aging Backwards Since the '90s Actors Who Are Always Creepy Pictured with the People They Played Landed Roles with No Experience Real Harm to Actors That Ended Up in the Movie Fictionalized Versions of Themselves In the Original, Then the Remake Their Decisions Totally Changed the Characters
Photo:  20th Century Fox / Warner Bros. / TriStar Pictures

Onscreen spies are supposed to be so good that they can fool the other characters in the film and the viewers watching at home. Usually, the best spies rely on their superior wit to dupe an enemy, but occasionally, a spy might use a costume or two to trick an opposing force. Most often, though, it's subpar spies who rely on silly fictional disguises. That's why they always get caught. Ridiculous wigs and bad prosthetics are the favored weapons of dumb, undercover criminals who flee the law.

Some terrible disguises are supposed to look farcical, though. Dana Carvey's ludicrous get-ups in 2002's Master of Disguise were created to be mocked. They parody the "man of a thousand faces" trope in spy fiction. Characters like the ones below, however, tried their hardest to fool the masses.

Is this a bad disguise?
2
Sean Connery's Disguise As A Japanese Fisherman In 'You Only Live Twice' Isn't Supposed To Be Sarcastic

Is this a bad disguise?
3
There's No Way Arnold Schwarzenegger Passes For A Pregnant Woman In 'Junior' 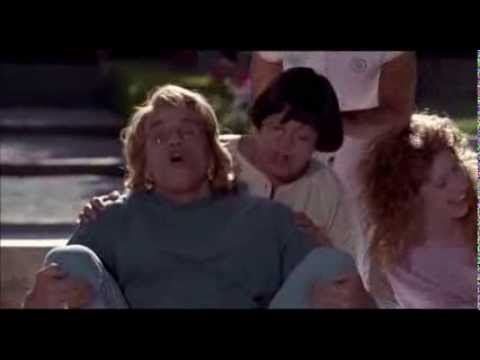 Is this a bad disguise?
4
Gwyneth Paltrow As Thomas Kent In 'Shakespeare In Love' Is Tragically Unconvincing

Women Who Heath Ledger Has Dated

The Best US Cities for Nature Lovers