42 LISTS TV for TV NerdsAre you the "TV Guy" on your trivia team? Well, study up, pal. We've got some lists for you.
Shocking Demises in TV History Um What About These Plotlines? Good Shows That Got Much Worse Most Satisfying TV Demises Ever TV Actors Just Like Their Characters Award Winners with Enormous Plot Holes Lost Episodes You've Never Seen TV Shows That Would Have Been Better as Films Beloved Shows That Have Aged Horribly The Absolute Worst TV Theme Songs Eps That Take Place in Alternate Universes Behind-the-Scenes Drama from Your Favorite Shows Shows with Attention to Tiny Details The Greatest TV Title Sequences Best New Shows Coming in 2020 The Best Shows Ending in 2020 The Greatest TV Hangout Spots Shows That Could Really Co-Exist Cool Floorplans of TV Homes Cool High School Cliques on TV
Photo:  BoJack Horseman / Netflix

It takes a lot for a sitcom episode to get pulled from the air or completely banned altogether, but that doesn't mean it's impossible. Usually it requires that the show goes into some sort of territory that is unconventional, to say the very least, and while that might be expected from more socially controversial shows like The Simpsons or Family Guy, there are plenty of other programs that went shockingly beyond the pale.

Sometimes, however, it’s less a fault of the writers and more a result of changing political attitudes or unexpected events that paint certain plotlines in a whole new light. It’s not exactly easy to see the future, after all. Whatever the reason, unaired or banned shows go down as a sort of urban legend, so here are 15 sitcom episodes you have to seriously go out of your way to try and find in their original format

When Peter Griffin decides to become a Muslim, he quickly discovers that he is actually a pawn in a disastrous plot by terrorists to blow up a bridge in Quahog.

"Turban Cowboy" was retroactively pulled from rotation after its original premiere because of one flashback sequence, where Peter remembers winning the Boston Marathon by running over his competitors with a car. The episode aired just a few months before the events at the Boston Marathon bombing in 2013, and in an effort to be respectful FOX pulled it from its regular rotation.

Should this have been taken off air?
2
"Man's Best Friend"

The episode begins when Ren and Stimpy are adopted by a hard-ass, militaristic owner named George Liquor. In his attempts to teach them what real "discipline" is like, Liquor threatens to tear apart the titular duo forever.

The episode was pulled for one moment in particular: when Ren's frustrations towards Liquor reach a boiling point he takes his anger out on Stimpy by bashing his head in with an oar. The slow-motion style of the violence as well as the grotesque and detailed imprints from the beating left on Stimpy's face crossed a line that Nickelodeon wasn't willing to accommodate. This eventually led to the network banning it from ever airing on TV. 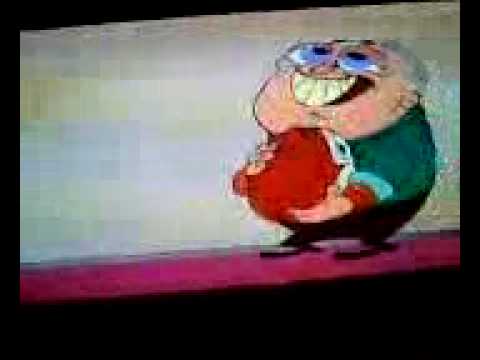 Should this have been taken off air?

Beavis and Butthead decide to pursue new careers as stand-up comedians. However, when their attempts fail, the duo decide to set fire to the comedy club, while they watch it burn down to the ground from nearby.

"Comedians" wasn't pulled for the content of the episode itself necessarily, but for what it inspired in real life. Specifically, a 5-year-old named Austin Messner watched "Comedians", and after hearing one of the characters say that fire was "fun" in the episode, set fire to his family home later that night, resulting in the death of his younger sister. After that, MTV pulled the episode from rotation for good.

Should this have been taken off air?
4
"Elephant Issues"

The first segment of the "Elephant Issues" episode was a segment titled "One Beer," in which Buster Bunny, Hamton J. Pig, and Plucky Duck stumble upon an unopened bottle of beer. After the characters each take a swig they proceed to have an unfortunately crazy drunken night that ends in them all dying by drunk driving off a cliff.

That the message of the "One Beer" segment was that drinking was dangerous, and should therefore be discouraged. Yet many viewers and parents reacted negatively to the whole segment and argued that the topic was too dark to be featured in a normally kid-friendly cartoon. It was pulled by the network quickly thereafter. 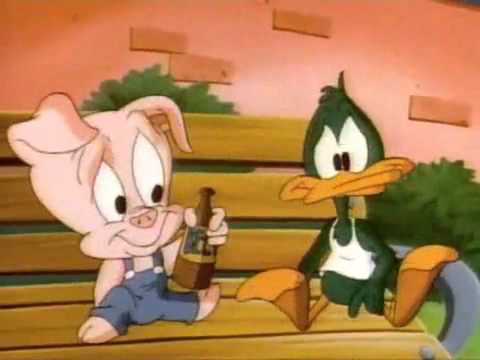