Cartoon Network played an important part in many people's childhoods. It is home to some of the best cartoons of all time, and during the 2000s, the network released some of its best work. These are the best 2000s Cartoon Network shows. How many did you watch?

The kid-friendly gallows humor of The Grim Adventures of Billy & Mandy attracted a lot of attention when the series first came out. There were plenty of other great comedic shows during this time, but a lot of people remember the more mature programming. Shows like Samurai Jack were still appropriate for kids, but it did not rely on the same formulas as other Cartoon Network shows during the time. Naturally, no 2000s Cartoon Network shows list would be complete without mentioning Star Wars: Clone Wars, which filled in the gaps between Episode II and Episode III of the Star Wars prequel trilogy.

The following list is a complete collection of all shows that came out between 2000 and 2009 on Cartoon Network. Vote on your favorites so that everyone can see which cartoons truly dominated the era. Take a stroll down memory lane to see which shows you remember the most and which you were unaware of during the time.

1
The Grim Adventures of Billy and Mandy

The Grim Adventures of Billy & Mandy is an American animated television series created by Maxwell Atoms for Cartoon Network, and the fourteenth of the network's Cartoon Cartoons. It follows two children named Billy and Mandy, who, after winning a limbo game to save Billy's pet hamster, gain the mighty Grim Reaper as their best friend in eternal servitude and slavery. Billy & Mandy was a spin-off of Grim & Evil, along with Evil Con Carne. The show ran from June 13, 2003, to November 9, 2007, but a spin-off film titled Underfist: Halloween Bash aired on October 12, 2008. In addition to the episodes, three movies, two special episodes, and nineteen shorts were made, with 3 award wins for the ...more on Wikipedia 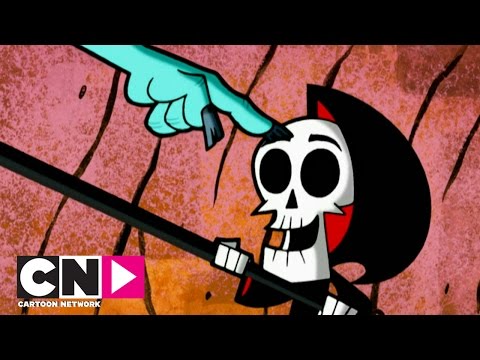 Did you love this show?
2
Codename: Kids Next Door

Codename: Kids Next Door, also known as Kids Next Door or by its initials KND, is an American animated television series created by Tom Warburton for Cartoon Network, and the thirteenth of the network's Cartoon Cartoons. The series debuted on Cartoon Network on December 6, 2002, and aired its final episode on January 21, 2008. The series came about as the result of a viewer's poll by Cartoon Network. The series centers on the adventures of five children who operate from a high-tech tree house fighting against adult tyranny. They use advanced 2x4 technology to battle evil adult super villains. Using their codenames they are Sector V, part of a global organisation called The Kids Next Door. On ...more on Wikipedia 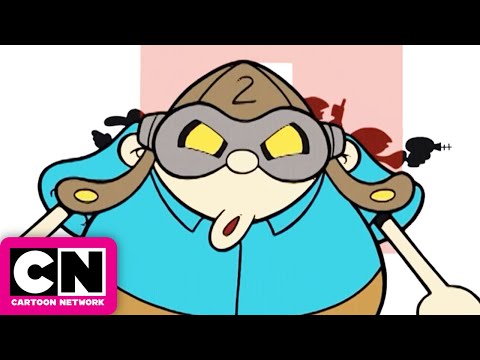 Did you love this show?
3
Foster's Home for Imaginary Friends

Foster's Home for Imaginary Friends is an American animated television series created and produced at Cartoon Network Studios by animator Craig McCracken. It first premiered on Cartoon Network on August 13, 2004, at 7:30 pm E/P as a 90-minute television movie, which led to a series of half-hour episodes. The series aired on Cartoon Network and its affiliates worldwide, except in Canada where it aired on English and Francophone Teletoon networks. The show finished its run on May 3, 2009 with a total of six seasons and seventy-nine episodes. ...more on Wikipedia

Did you love this show?
4
Chowder

Chowder is an American animated television series created by C.H. Greenblatt for Cartoon Network. The series follows an aspiring young chef named Chowder and his day-to-day adventures as an apprentice in Mung Daal's catering company. Although he means well, Chowder often finds himself in predicaments due to his perpetual appetite and his nature as a scatterbrain. He is also pestered by Panini, the apprentice of Mung's rival Endive, who wants Chowder to be her "boyfriend", which he abhors. The series is animated with both traditional animation as well as short stop motion puppet sequences that are inter-cut into the episodes, and that run over the end credits. Chowder premiered on November 2, ...more on Wikipedia