8 LISTS The Best of Bill Murray

Who doesn’t love Bill Murray? The comedic actor, who eventually became known for his dramatic chops as well, has more than 80 acting credits spread across five decades of work in TV and movies. A beloved cult figure, Murray has starred in popular television, indie films, summer blockbusters, and Oscar bait. He's appeared in partially animated movies alongside some of the most famous athletes of all time and had roles for which he improvised more or less all of his dialogue. Here are the best scenes in Bill Murray’s filmography.

Murray got his first crack at a lead role in whacky camp comedy Meatballs in 1979. The classic motivational speech and “it just doesn’t matter” chant from that movie is one of Bill Murray's best scenes. After Meatballs, it only took the SNL alum about a year to grab his star-making role as golf groundskeeper Carl Spackler in Caddyshack, a part that made Murray one of the biggest comedic stars of the 1980s.

A few iconic bits from Caddyshack appear on this list of Bill Murray's greatest movie scenes, but it's not all '70s and '80s Murray. Lest you forget, he has appeared in every Wes Anderson movie except Bottle Rocket, and a certain Coppola was responsible for turning him from a comic actor into an Academy Award-contending dramatic thespian. There’s a secret whisper and karaoke scene from that Oscar winning film.

These are just 20 of Bill Murray's best film scenes. This list could easily have a 100 scenes, and it still wouldn’t be enough. Be sure to make your voice heard and vote up for your favorite best Bill Murray scenes.

1
The Cinderella Story in Caddyshack

The Cinderella story monologue (is it a monologue or the rambling of a lunatic?) is perhaps the most iconic scene from a movie filled with iconic scenes. What golfer hasn't done a take on Carl Spackler's commentary while stepping up to the tee? Murray improvised the scene, spinning comedic gold from ambitions of a bumbling groundskeeper who envisions himself becoming the Augusta champion while hitting the heads off chrysanthemums. 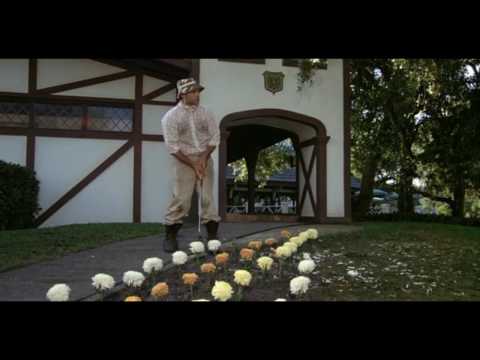 Agree or disagree?
2
The Dalai Lama Story in Caddyshack

You can almost see the wheels turning in Murray's head during the (totally improvised) Dalai Lama scene in Caddyshack. Carl Spackler (Murray) spins a strange narrative of the time he golfed 18 holes with none other than the Dalai Lama. In lieu of a cash tip, the Tibetan monk promises Spackler he'll receive total consciousness on his deathbed. "So I got that going for me, which is nice."

Too bad about that ball lost down the 10,000 foot glacier. 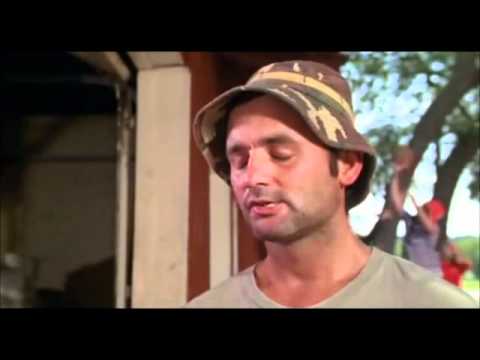 Agree or disagree?
3
The Dentist Scene from Little Shop of Horrors

Bill Murray makes a cameo as Arthur Denton in the 1986 musical comedy Little Shop of Horrors. Unlike most of Dr. Scrivello's (Steve Martin) patients, Denton really likes going to the dentist. In fact, he's completely giddy after learning he may need a root canal. He also brought his own disposable bib and cotton balls, and helpfully turns the light on for the doctor, to save him some time.

Agree or disagree?
4
The Famous "Well, that's what I heard" from Ghostbusters

Comedy is nothing without timing. Bill Murray nails this dis with the driest of deliveries: "Yes it's true, this man has no d*ck," he quips in Ghostbusters (1984), pretending to misunderstand something another character says. When melee breaks out, Murray's wisecracking Dr. Peter Venkman follows it up with, "Well, that's what I heard." 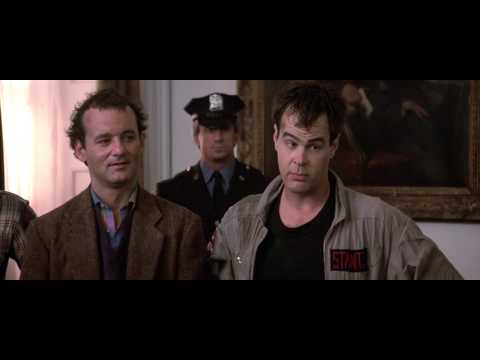 Which Sailor Moon Character Are You Based On Your Zodiac Sign

All of the Breaking Bad Easter Eggs in Better Call Saul

The Best Songs With Minute in the Title