21 LISTS Witches Get StitchesLists about real practices of witchcraft and the occult and their pointy-hatted, warty-nosed, buckle-shod, broom-ridin', high-pitched cacklin' depictions in media.
How to Tell If You're a Witch The Best Movies About Witches The Lives of Modern Witches Confessions of a Condemned Witch The Making of 'The Craft' The Legend of the Bell Witch True Stories Like the Blair Witch What Movies and TV Shows Get Wrong Cruel & Bizarre Tests for Witches The Greatest Fictional Witches The Scariest Horror Movies About Witches Witchcraft in Outlander-Era Scotland The Witchfinder of the 1640s Recent Trouble in Papua New Guinea Misdeeds by Modern-Day Witches What to Know About the Affair of the Poisons Myths About the Salem Witch Trials Great Anime Shows About Witches Casting Spells with Emojis People Offed for Being Witches
Photo:  Raxon Rex via flickr cc
There are a number of documentaries out there that discuss the topic of witchcraft, magic and the occult, specifically with a focus on the history of the occult, the many controversies that surround the religion and whether Satanism is a myth or fact. If you’ve ever asked the question, “What are the best documentaries about witchcraft out there?” before than you’ve definitely come to the right place!
The films featured on this list have been rated as the best that feature the various aspects of paganism, witchcraft, magic, Satanism and the occult. They cover many different topics about witchcraft, ranging from the historical Salem witch trials, how the satanic church was founded, unexplained mysteries surrounding different witches and wicca. No matter what your interest is in watching a documentary that features witchcraft, there is sure to be one on this list for you!
This list discusses the best witchcraft documentaries, including: The Power of the Witch, The Occult Experience, Discovering Witchcraft, Inside the Church of Satan, The Burning Times, Speak of the Devil, Witchcraft and Magic: Magic, History of Magic and Pagans. Vote for your favorite ones today, and feel free to add any I might have left off!
1
A&E's Witches

2
Discovering Witchcraft: a Journey Through the Elements 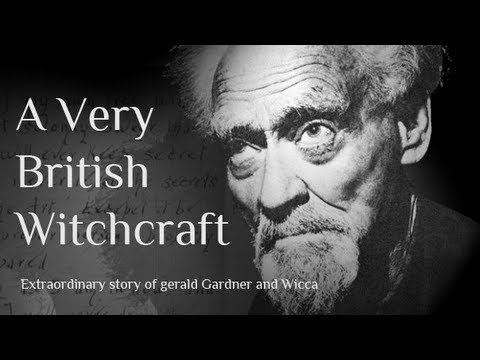