This list of the best male monologues includes speeches from every genre. If you’re auditioning for a comedy, look no further than Alan’s (Zach Galifianakis) awkward rooftop Vegas toast in The Hangover. Need something super dramatic that will leave them in tears? Terence Mann’s (James Earl Jones) “people will come” baseball monologue from Field of Dreams will definitely do the trick. Here are 20 of the best male movie monologues in cinema history.

Some of these famous male monologues will be familiar to you. Who hasn’t memorized at least parts of that Captain Koons (Christopher Walken) pocket watch monologue from Pulp Fiction? However, there are a few excellent male speeches listed that you may not be as familiar with but also pack a memorable punch. For example, George Jung’s (Johnny Depp) sentimental jailhouse letter to his father in Blow, is filled with raw emotion and reflective power.

Check out all of these incredible male movie monologues. Then, be sure to vote up your favorites. Which male speeches do you think are the best for auditions or acting classes?

You died on a Saturday morning. And I had you placed here under our tree. And I had that house of your father's bulldozed to the ground. Momma always said dyin' was a part of life. I sure wish it wasn't.

Little Forrest, he's doin' just fine. About to start school again soon. I make his breakfast, lunch, and dinner every day. I make sure he combs his hair and brushes his teeth every day. Teachin' him how to play ping-pong. He's really good. We fish a lot. And every night, we read a book. He's so smart, Jenny.

You'd be so proud of him. I am. He, uh, wrote a letter, and he says I can't read it. I'm not supposed to, so I'll just leave it here for you. Jenny, I don't know if Momma was right or if, if it's Lieutenant Dan. I don't know if we each have a destiny, or if we're all just floatin' around accidental-like on a breeze.

But I, I think maybe it's both. Maybe both is happenin' at the same time. I miss you, Jenny. If there's anything you need, I won't be far away. 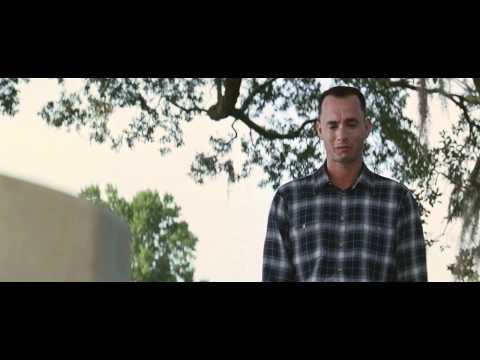 Is this a great speech for men?
2
Field of Dreams - Terence Mann

Ray. People will come, Ray. They’ll come to Iowa for reasons they can’t even fathom. They’ll turn into your driveway, not knowing for sure why they’re doing it. They’ll arrive at your door, as innocent as children, longing for the past.

'Of course, we won’t mind if you look around,' you’ll say, 'It’s only twenty dollars per person.' And they’ll pass over the money without even thinking about it, for it is money they have and peace they lack. And they’ll walk off to the bleachers and sit in their short sleeves on a perfect afternoon. And find they have reserved seats somewhere along the baselines where they sat when they were children. And cheer their heroes. And they’ll watch the game, and it’ll be as they’d dipped themselves in magic waters.

The memories will be so thick, they’ll have to brush them away from their faces. People will come, Ray. The one constant through all the years Ray, has been baseball. America has rolled by like an army of steamrollers. It’s been erased like a blackboard, rebuilt and erased again. But baseball has marked the time. This field, this game, is a part of our past, Ray. It reminds us of all that once was good, and that could be again. Oh people will come, Ray. People will most definitely come. 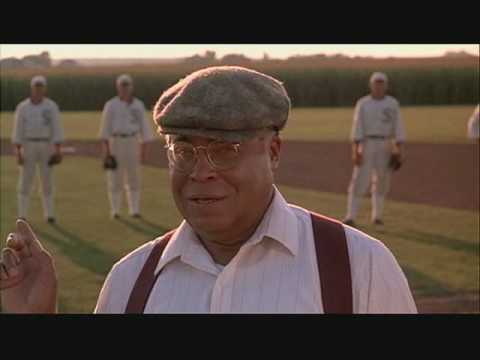 Is this a great speech for men?
3
Glengarry Glen Ross - Blake

You call yourself a salesman, you son of a b*tch?

You certainly don’t pal. Cause the good news is — you’re fired. The bad news is you’ve got, all you got, just one week to regain your jobs, starting tonight. Starting with tonight’s sit. Oh, have I got your attention now? Good. Cause we’re adding a little something to this month's sales contest. As you all know, first prize is a Cadillac Eldorado. Anyone want to see second prize? Second prize’s a set of steak knives. Third prize is you’re fired. You get the picture? You’re laughing now? You got leads. Mitch and Murray paid good money. Get their names to sell them! You can’t close the leads you’re given, you can’t close sh*t, you ARE sh*t, hit the bricks pal and beat it cause you are going out!!!

F*CK YOU, that’s my name!! You know why, Mister? ‘Cause you drove a Hyundai to get here tonight, I drove a eighty thousand dollar BMW. That’s my name! And your name is ‘you’re wanting.’ And you can’t play in a man’s game. You can’t close them. And you go home and tell your wife your troubles. Because only one thing counts in this life! Get them to sign on the line which is dotted! You hear me, you f*cking f*ggots?

A-B-C. A-always, B-be, C-closing. Always be closing! Always be closing!! A-I-D-A. Attention, interest, decision, action. Attention — do I have your attention? Interest — are you interested? I know you are because it’s f*ck or walk. You close or you hit the bricks! Decision — have you made your decision for Christ?!! And action. A-I-D-A; get out there!! You got the prospects comin’ in; you think they came in to get out of the rain? Guy doesn’t walk on the lot unless he wants to buy. Sitting out there waiting to give you their money! Are you gonna take it? Are you man enough to take it? What’s the problem pal? You. Moss. 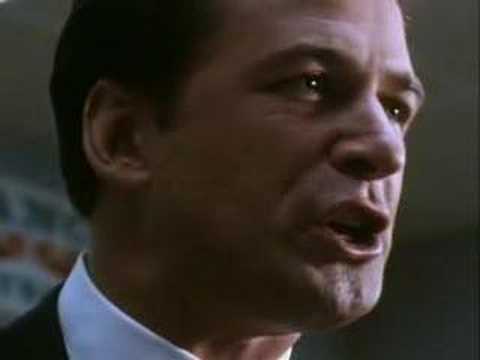 Is this a great speech for men?
4
Good Will Hunting - Sean

So if I asked you about art you’d probably give me the skinny on every art book ever written. Michelangelo? You know a lot about him. Life’s work, political aspirations, him and the pope, sexual orientation, the whole works, right? But I bet you can’t tell me what it smells like in the Sistine Chapel. You’ve never actually stood there and looked up at that beautiful ceiling. Seen that.

If I asked you about women you’d probably give me a syllabus of your personal favorites. You may have even been laid a few times. But you can’t tell me what it feels like to wake up next to a woman and feel truly happy.

You’re a tough kid. I ask you about war, and you’d probably, uh, throw Shakespeare at me, right? ‘Once more into the breach, dear friends.’ But you’ve never been near one. You’ve never held your best friend’s head in your lap and watched him gasp his last breath, looking to you for help.

And if I asked you about love you probably quote me a sonnet. But you’ve never looked at a woman and been totally vulnerable. Known someone could level you with her eyes. Feeling like God put an angel on earth just for you…who could rescue you from the depths of hell. And you wouldn’t know what it’s like to be her angel and to have that love for her to be there forever. Through anything. Through cancer. You wouldn’t know about sleeping sitting up in a hospital room for two months holding her hand because the doctors could see in your eyes that the term visiting hours don’t apply to you.

You don’t know about real loss, because that only occurs when you love something more than you love yourself. I doubt you’ve ever dared to love anybody that much. I look at you; I don’t see an intelligent, confident man; I see a cocky, scared sh*tless kid.

But you’re a genius, Will. No one denies that. No one could possibly understand the depths of you. But you presume to know everything about me because you saw a painting of mine and you ripped my f*ckin’ life apart. You’re an orphan right? Do you think I’d know the first thing about how hard your life has been, how you feel, who you are because I read Oliver Twist? Does that encapsulate you?

Personally, I don’t give a sh*t about all that, because you know what? I can’t learn anything from you I can’t read in some f*ckin’ book. Unless you wanna talk about you, who you are. And I’m fascinated. I’m in. But you don’t wanna do that, do you, sport? You’re terrified of what you might say. Your move, chief. 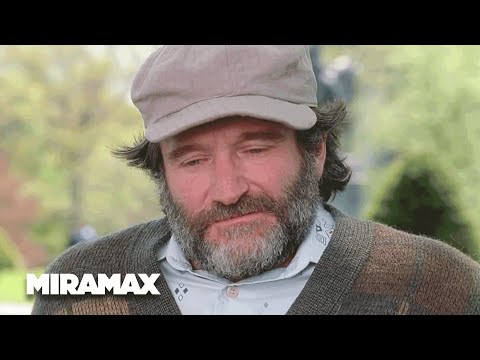