Are you trying to be a made man? These are the best mob movies on Netflix Instant, as ranked by fans of mafia films. The Netflix mobster movies on this list include crime classics, stylish new thrillers, and even B-movies. Whenever they were made and whatever era they depict, though, all these mobster movies streaming on Netflix involve the seedy underworld of organized crime.

From high dramas to silly comedies, the films on this list of Netflix mob movies are an eclectic bunch. All these Netflix mafia movies are about what its like to make both a life and a family out of crime. Vote up your favorites, vote down the mob films that aren't up to snuff, and if you've seen enough of them, rerank the whole list. Your rerank will help other Netflix watchers decide just which mobster film to watch next.

Brooklyn's Finest is a 2009 American film directed by Antoine Fuqua, and written by Michael C. Martin. The film stars Richard Gere, Don Cheadle, Ethan Hawke and Wesley Snipes. The film was released on January 16, 2009. This was Wesley Snipes first theatrical release film since 2004's Blade: Trinity. Brooklyn's Finest features a collaboration between Wesley Snipes and Ellen Barkin, reuniting them for the first time since 1996 film The Fan. ...more on Wikipedia 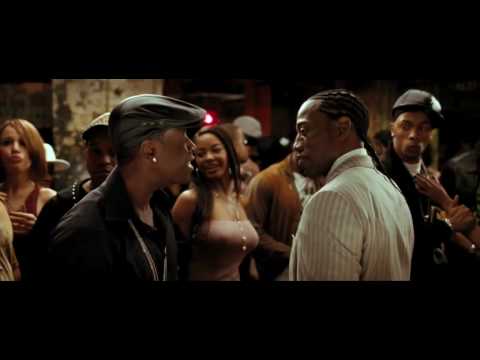 Like this movie?
2
Once Upon a Time in America

Once Upon a Time in America is a 1984 Italian epic drama film co-written and directed by Sergio Leone and starring Robert De Niro and James Woods. It chronicles the lives of Jewish ghetto youths who rise to prominence in New York City. The film explores themes of childhood friendships, love, lust, greed, betrayal, loss, broken relationships in American society. Based on Harry Grey's novel The Hoods, it was the final film of Leone's career and the first feature-film he had directed in thirteen years. ...more on Wikipedia

More Once Upon a Time in America

#626 of 1,699 The Most Rewatchable Moviesfeaturing All The Real-Life Inspirations For Leonardo DiCaprio’s Character In ‘Once Upon A Time In Hollywood'listed on Movies Set in Brooklyn

The Outsider is a 2018 American action thriller crime drama film directed by Martin Zandvliet. When a captive American soldier (Jared Leto) is set free with the help of his Yakuza cellmate, he must repay his debt by entering the world of criminals. ...more on Wikipedia

The Irishman is a 2019 American epic biographical crime film directed by Martin Scorsese and written by Steven Zaillian, based on the book I Heard You Paint Houses by Charles Brandt. The film stars Robert De Niro as Frank Sheeran, a labor union leader and alleged hitman for the Bufalino crime family, and Al Pacino as Jimmy Hoffa. ...more on Wikipedia