When it comes to anime, sometimes it's nice to take a break from the craziness of fighting and watch something that's a little more like everyday life. That's what slice of life anime brings to the table- a narrow but close look into the life of a fellow human being, minus the mecha robots or witches with superpowers that other more fantastical shows have to offer. These shows feature ordinary people doing ordinary things, so don't expect to see any laser beams or epic battles to the death if you watch any of these.

In slice of life anime the strength comes from the drama and realism of characters, and often times the show will feature a love interest for the main character. Anime that can be considered as "slice of life" include Beck, the story of a young boy's desire to learn the guitar, and Bartender, a look into the life of someone who serves drinks for a living. Vote for your favorite shows on the list, and add some if you think they deserve to be here. Just make sure the show falls under the slice of life genre if you're going to put it on this poll.
1
Barakamon 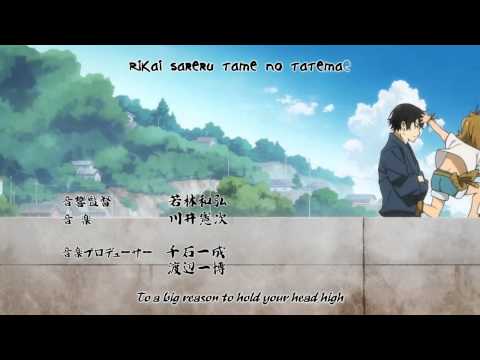 3
Mayank Gupta added Anohana: The Flower We Saw That Day

Anohana: The Flower We Saw That Day is an 11-episode 2011 Japanese anime television series produced by A-1 Pictures and directed by Tatsuyuki Nagai. The anime aired in Fuji TV's noitamina block between April and June 2011. The anime is licensed in North America by NIS America. An anime film was released in Japanese theaters on August 31, 2013. A novelization by Mari Okada was serialized in Media Factory's Da Vinci magazine from March to July 2011. A manga adaptation illustrated by Mitsu Izumi began serialization in the May 2012 issue of Shueisha's Jump Square magazine. A visual novel adaptation for the PlayStation Portable was released by 5pb. in August 2012. ...more on Wikipedia

More Anohana: The Flower We Saw That Day

Toradora! is a Japanese light novel series by Yuyuko Takemiya, with illustrations by Yasu. A 25-episode anime adaptation produced by J.C.Staff aired in Japan on TV Tokyo between October 2008 and March 2009. Ryuji Takasu is frustrated at trying to look his best as he enters his second year of high school. Despite his gentle personality, his eyes give him the appearance of an intimidating delinquent. He is happy to be classmates with his best friend Yusaku Kitamura, as well as the girl he has a crush on, Minori Kushieda. However, he unexpectedly runs into "the school's most dangerous animal of the highest risk level"Taiga Aisakawho just happens to be Minori's best friend. ...more on Wikipedia