52 LISTS Live from New York!Lists about Saturday Night Live cast members, hosts, musical acts, and backstage antics of America's favorite sketch comedy series, airing from 30 Rockefeller Plaza since 1975.
The Greatest Cast Members in SNL History People Banned from SNL for Life Feuds from Behind the Scenes All the Episodes from Season 45, Ranked Great Sketches That Probably Got Someone Fired Sketches Where the Cast Keeps Laughing Stories from Behind the Scenes Most Shocking Moments of All Time Insane Stories of Drugs Backstage Every Person Who Has Hosted SNL Every Single SNL Musical Guest Favorite Characters of All Time The Worst Current Cast Members The Best Current Cast Members Cast Members Who Perished Too Soon The Very Best Characters from Weekend Update Famous People Rejected by SNL Cast Members from a Single Season The Funniest Women in SNL History Totally Bizarre SNL Movies You Forgot About
Photo:  NBC

While plenty of various talk shows and TV programs feature some great live performances, not many can stand up to the countless musicians who've appeared on Saturday Night Live. Since the show's inception, there's been a wide range of SNL musical guests, offering performances from some of the biggest names in the music industry—not to mention the occasional appearances in the show's skits as well. Spanning generations of artists and genres, the musical guests on SNL have certainly become a favorite of the show. In Season 44 alone, there have been some incredible performances. Of all the recently featured artists, however, who do you think was the best SNL musical guest in Season 44?

Whether you're a fan of classic rock or you're more of the hip hop type, SNL has surely featured an artist you'd enjoy. From folk rock legend Paul Simon, performing on the Saturday Night Life stage for the 11th time, to the ever-controversial, yet gifted rapper Kanye West, the SNL musical guests 2018 has offered do not disappoint. Disappoint or not, though, some simply perform better than the rest. Who's been your favorite?

If you're looking for the musical guest from last week, last night or want to see who's taking the stage tonight, you can find all the musical guests from SNL Season 44 below. Once you've tuned in and checked out the performances, vote up the ones you think shined the most. 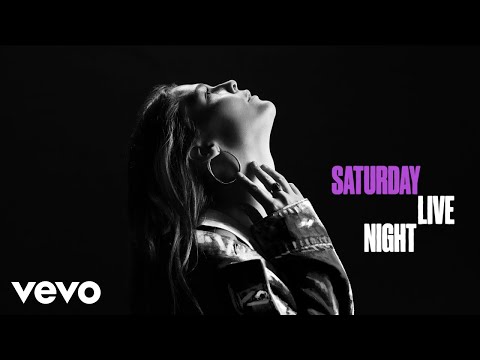 Is this the best Season 44 performance?
3
Ella Mai

LOAD MORE
Filed Under: Bands/Musicians MusicTVSaturday Night LiveEntertainmentComedyNBC2019
more popular lists
Songs 172 voters The Best Songs with Power in the Title I Gave You Power is rising to #95 Animals 1.8M people have read 18 Terrifying Stories Of Pets Who Turned On Their Owners Songs 369 people have voted on The Best Songs on Metro Boomin's Album 'Not All Heroes Wear Capes' Fashion 355 people have voted on The Best Project Runway Unconventional Materials Episodes