45 LISTS The Wide World of Wrastlin'Lists about professional wrestling in all its incarnations, with info about the men and women behind the spandex and ranking everything in the arena, from gimmicks to mustaches.
Wrestlers Who Signed With AEW Pro Wrestling's Worst Outfits Wild Behind-the-Scenes Stories All-Time Best nWo Members Greatest Hall of Famers Greatest Tag Matches of All Time WWE Superstars of the 1990s WWE's Best Cage Matches The Best Wrestling Announcers, Ranked Every Wrestlemania, Ranked The Real Names of 52 Wrestlers Wrestlers Who Turned to Acting Hilarious Signs Made by Fans The Greatest Ever Finishing Moves The Worst Wrestling Gimmicks Ever Best NXT Women's Matches Famous Wrestlers Who Passed Young The Best WWE Women's Matches of All Time Great and Awful Animal Gimmicks Wild Secrets from Behind the Scenes of the WWE
Photo: via Wikimedia

You may be surprised to hear the celebrity wing of the WWE Hall of Fame features some seriously crazy names. Sure, Steve Austin, Hulk Hogan, and The Rock are a few of the main staples fans think of when looking at the impactful names for WWE, but Vince McMahon’s known for enlisting the help of some of Hollywood’s biggest to help sell tickets for main events. And while some celebrity cameos floundered (See: Snooki at WrestleMania 27), others were so popular they were invited back multiple times, eventually becoming a mainstay in WWE fandom.

From Arnold Schwarzenegger to Mike Tyson and even Donald Trump and Drew Carey, this list ranks the greatest celebrities to ever be inducted into the WWE Hall of Fame. Whether they were inducted due to their skills on the mic, their athleticism in the ring, or both, these celebs made wrestling history and are regarded as some of the greatest performers to ever grace the squared circle. Who’s your favorite celebrity Hall of Famer?

Vote up your favorite celebrities who are in the WWE Hall of Fame, and vote down all the celebs you think aren't worthy of the honor.

1
Mr. T (Who Took On Roddy Piper In A Boxing Match)

The boxing background and acting success of Mr. T made him a huge celebrity addition to the first WrestleMania, scoring a win when he teamed up with Hulk Hogan in the main event. Mr. T returned on a few more occasions for singles matches with Roddy Piper and Bob Orton. The Hall of Fame induction of Mr. T featured him entertainingly shouting at his mother for an uncomfortably long time. 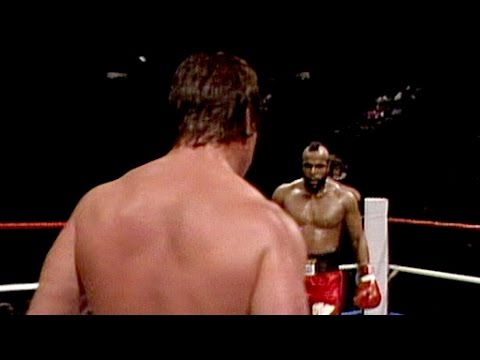 #76 of 150 The All-Time Greatest Action Stars #267 of 770 American Public Figures Who Are National Treasureslisted on The Best 'Dancing With The Stars' Contestants, Ranked

How do you successfully transition a boxer with the reputation as the "baddest man on the planet" into the WWE world? Well, you start by having him feud with The Texas Rattlesnake. Stone Cold Steve Austin flipped off Mike Tyson to start the most successful shoving match in wrestling history. Tyson ended up counting the pinfall for Austin's WrestleMania 14 victory over Shawn Michaels as they made peace. WWE brought him back years later for a one-night reunion with D-Generation X. 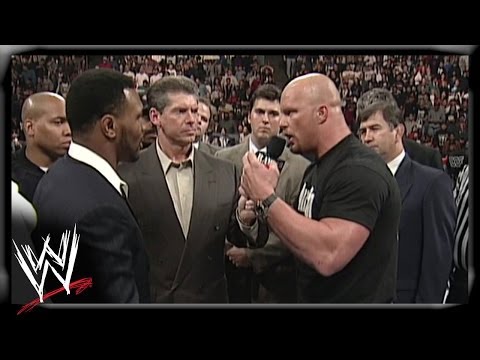 The legendary actor made one of the most entertaining celebrity appearances for WWE. Arnold delivered a hilarious backhanded slap to Triple H that got the better of The Game during an episode of SmackDown. WWE would bring him back with sponsorships from his Terminator movie along with a video game bonus appearance.

#208 of 275 The Most Trustworthy Celebrities in the Worldfeaturing 35 Of Arnold Schwarzenegger's Most Magnificently Dumb One-Linerslisted on Republicans in Hollywood: Republican Celebrities List

4
Bob Uecker (Who Cut A Promo On Bobby Heenan)

The legendary baseball announcer had a few entertaining appearances for WWE at WrestleMania 3 and WrestleMania 4. Ripping on Bobby "The Brain" Heenan, the two had an instant chemisty and their entertaining exchanges between the  helped Bob Uecker become a future WWE Hall of Famer. 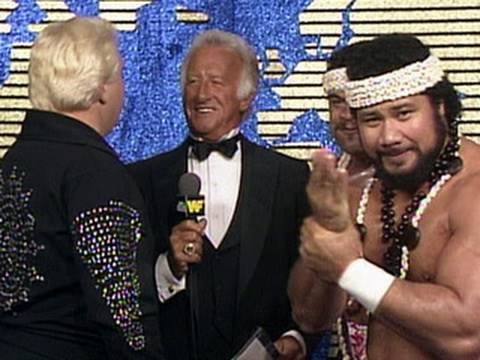