23 LISTS Behind the Laugh TracksIn front of the live studio audience, everything was all punchlines and pratfalls — but when the cameras were off, dark and messy things took place on the sets of the TV comedies America never missed.
The Big Bang Theory Bewitched Boy Meets World The Brady Bunch Cheers Everybody Loves Raymond The Facts of Life Frasier The Fresh Prince Friends Full House The Golden Girls Growing Pains Hannah Montana I Dream of Jeannie I Love Lucy M.A.S.H. The Partridge Family Roseanne Saved by the Bell
Photo:  Warner Bros.

If you're a fan of The Big Bang Theory, the time between each Thursday night can feel like an eternity. In the meantime, might as well fill the void by going down the rabbit hole of fan theories, or reading behind-the-scenes stories from The Big Bang Theory. Many of these tales are as hysterical as the show, and give audiences a more in-depth look at what makes everyone's favorite sitcom so special.

These tidbits reveal everything from secret relationships to cast member phobias. The show on the air remains much different from the original pilot, and the cast sometimes seem the exact opposite of their television counterparts.

The original The Big Bang Theory pilot was meant to premiere in 2006-2007. It didn't get picked up by the network, though, and never aired. In the pilot, Sheldon was especially different. According to Fandom's wiki for the unaired pilot:

Sheldon is significantly different from his series counterpart: he is sexually active, he frequently masturbates (as opposed to his later counterpart Sheldon) and has multiple fetishes, likes dancing and is a bit more social than his counterpart.

And continuing the theme of a more sexualized version of the character, the wiki says Sheldon's proclivities got further explored:

In the episode, it was revealed early that he had slept with Gilda and has a fetish for women with large hind quarters (butts). He has also seen seven women naked, some of whom aren't even his relatives.

Is this shocking?
2
The Show Used To Have A Different Theme Song

The opening theme song for The Big Bang Theory is so engrained in fans' heads now, it's hard to imagine the show without it. "The History of Everything," composed and performed by the Barenaked Ladies, is played after the cold open of each episode - and it's undeniably catchy. But the first ever episode featured Thomas Dolby's 1982 hit "She Blinded Me With Science" as its theme instead. 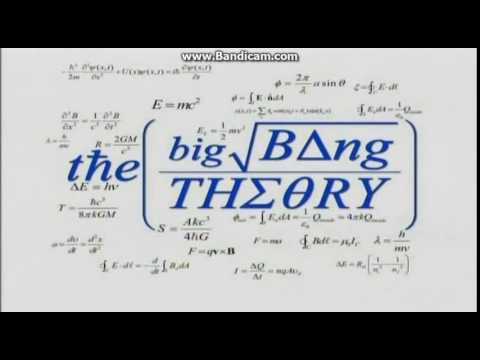 Is this shocking?
3
Penny Was Originally Played By Amanda Walsh

For the unaired pilot, the female lead, Katie, was envisioned as "a street-hardened, tough-as-nails woman with a vulnerable interior." In the episode, Amanda Walsh played Katie. Her character was ultimately cut from the series due to a negative audience survey, though, and replaced by the character Penny.

Katie was criticized by the test audience for being too mean to Leonard and Sheldon. In the original pilot, the character is brash, tough, sarcastic, and flirtatious. Only a few elements of Katie remained in the new character, Penny, played by Kaley Cuoco.

Is this shocking?
4
Kevin Sussman Is Afraid Of Water

Stuart always finds himself in an awkward situation, including in the episode “The Hot Tub Contamination,” when he and Raj end up in a hot tub together. The actor who plays Stuart, Kevin Sussman, had a hard time filming the episode, and not because he had to get so close to his costar.

Sussman has a deep anxiety about being underwater. The crew had to coach and encourage Sussman through the scene on the set. Sussman said, “I don’t like putting my head underwater ever... a bunch of people had to coach me, you know, ‘it’s going to be okay, we have a lot of people around.’