17 LISTS The Big GameSuper Bowl LIV, February 2, 2020. The Kansas City Chiefs vs the San Francisco 49ers. You bring the snacks, we'll provide the lists.
Worst Plays of All Time Worst Super Bowl Games Ever Controversial Commercials Best QBs with No Super Bowl Rings The Dark Side of the Super Bowl Best Half-Time Performer Unforgettable Moments in Super Bowl History Best Backup QBs to Get to the Super Bowl Greatest Match-Ups in History The Top QB Performances Fans Who Sold Their Bodies for Tickets Acts You'd Like to See as Half-Time Performers Behind the Scenes of the Halftime Show Super Bowl LIV MVP Contenders Funniest Commercials From LIV Best Snacks for the Big Game All Super Bowl MVPs, Ranked
Photo:  CBS Sportd

As Yepremian and the 1972 Miami Dolphins will tell you, even the littlest of Super Bowl fails are still remembered for decades to come. That leads us to one conclusion: If you're going to commit an epic fail, don't do it at the Super Bowl or you will never live it down.
back to page 1
5
Jerry Jones
While it was likely not his personal doing, the Dallas Cowboys owner funded the creation of the new Cowboys Stadium, which hosted Super Bowl XLV in February 2011. The massive stadium was advertised to set attendance records with over 100,000 people but fell well short after many paying fans were barred from entry due to capacity concerns from the fire marshall. As you can imagine, those fans were not too happy with either Jones or the league for the fail. 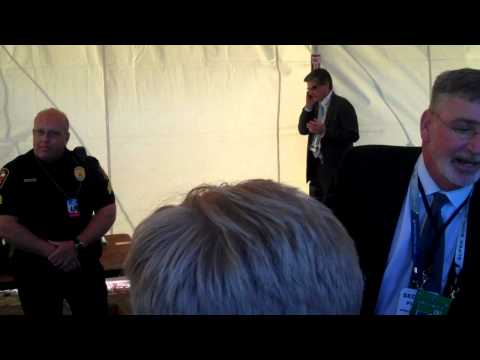 Was this a big fail?
6
Jackie Smith
Sadly, Hall of Fame tight end Jackie Smith is forever known for this one play than his outstanding career. He dropped probably the easiest touchdown in Super Bowl history that have catapulted the Cowboys ahead of the Steelers and that ended up being the turning point in the game, a Pittsburgh victory. Yes, Smith was at the end of his career, but even at 38, you still gotta hang onto the ball. 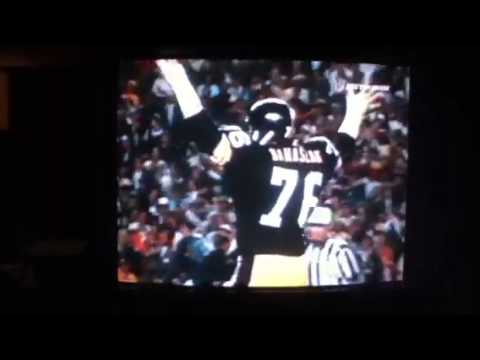 7
John Kasay
The Panthers had improbably tied up Super Bowl XXXVIII against New England with less than a minute to play in regulation at 29. It seemed like the game was headed to the Super Bowl's first ever overtime. So what happened? Carolina kicker John Kasay, who had been with the team since it's 1995 inception, booted the kickoff out-of-bounds, which allowed for the Pats to get the ball at their own 40. Tom Brady calmly led the team down the field where Adam Vinatieri booted another game winning Super Bowl kick for the Patriots. Had Kasay kicked the ball in bounds, the result may have been different. 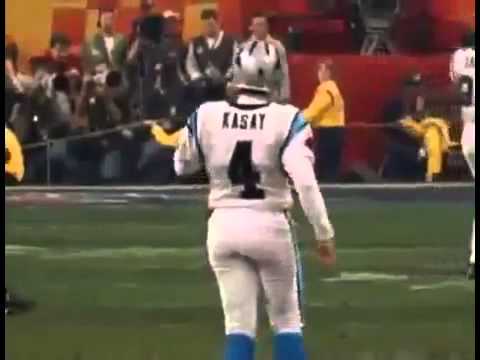 Was this a big fail?
8
Garo Yepremian
In a play perfect for the blooper reels for years to come, Garo Yepremian made a costly mistake in Super Bowl VII as the 1972 Miami Dolphins battled to complete their perfect season. Yepremian tried to fake a field goal attempt by throwing a pass rather than kicking the ball. Too bad he actually fumbled the ball, which allowed Mike Bass of the Washington Redskins to recover and return it for a touchdown.