Plot Holes You Forgot About
Dark Stories from Behind the Scenes
Grown-Up Jokes You Never Noticed
The Objectively Worst Decisions in the Whole Show
The Cast: Where Are They Now?
Shawn Had the Most Depressing Backstory
Favorite Episodes
Supporting Cast Members Today
All Seasons, Ranked Best to Worst
Photo: Buena Vista Television

Part of the classic TGIF programming block on ABC, Boy Meets World aired from 1993 to 2000 and was in syndication as long as 2014. (You can now watch episodes on Hulu, YouTube, and Amazon Prime.) Chances are, you loved this show. Cory Matthews (Ben Savage) was relatable and funny, Shawn Hunter (Rider Strong) was everyone's bad-boy crush, and Topanga Lawrence (Danielle Fishel) was a strong female character who young girls could look up to. But what else is there that you don't know about Boy Meets World?

Why was it called John Adams High, and what happened to the actor who played Joey "The Rat" Epstein? Which famous TV actors were once just kids on the show, bickering with Cory and Shawn by the lockers? This list is full of Boy Meets World trivia to fill the TGIF-shaped void in your life (or at least the parts that Girl Meets World hasn't uncovered).

You watched Cory, Shawn, and Topanga grow up before your eyes. Upvote the behind-the-scenes facts you didn't know about Boy Meets World.

Data-driven recommendations based on voting from over 40 million monthly visits to Ranker. Try the free app
1
Topanga Wasn't Supposed To Cry During The Finale

In an interview, Danielle Fishel revealed that she was not supposed to cry in her last scene, but knowing that the show had ended, she broke down saying her lines, and they kept it in. 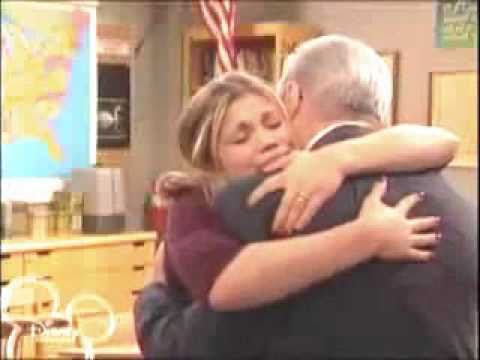 Did this surprise you?
2
Mr. Feeny And Dean Bolander Are Married In Real Life

They were married on the show as well. In real life, William Daniels and Bonnie Bartlett were wed in 1951 and had three children (one passed shortly after birth).

Did this surprise you?
3
Rider Strong Almost Quit

Around the fifth season, Strong wanted to go to college. Fortunately, he and show-runner Michael Jacobs worked out a schedule so Strong could both attend college and continue on the show. Strong graduated from Columbia University with a degree in English and also received his MFA from Bennington College.

Did this surprise you?
4
Rider Strong Was The First And Last Audition

Hundreds of kids signed up to audition for producer Michael Jacobs, hoping to get the role of Shawn. Strong was the first to audition, and Jacobs didn't see anyone else.

The Best Disney Shows of the '90s

The Best Tennessee Titans Running Backs of All Time

What to Watch If You Love Call Me By Your Name

Famous People Who Are Asexual

The Best Songs About Annes