Animated shows based on blockbuster movies used to be a dime a dozen. This kind of thing used to happen a lot, but nobody has gotten too good at preserving the results (which, admittedly, are not always great). Still, no true franchise fan can complete their knowledge without seeking out these cel-bound spin-offs, and odds are you've forgotten at least a few of these existed. That's why this list is here. Journey now into the past,and find continuations of stories you never knew you needed...and maybe still don't.
1
Back to the Future 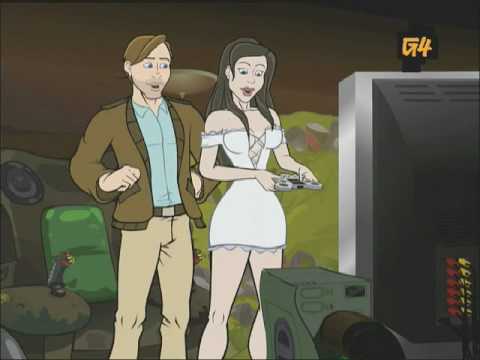 #55 of 1,699 The Most Rewatchable Movies #20 of 1,007 The All-Time Greatest Comedy Filmsfeaturing Feel The Schwartz With The Funniest 'Spaceballs' Quotes

#473 of 1,699 The Most Rewatchable Movies #103 of 119 The Very Best Movie Franchisesfeaturing Behind-The-Scenes Stories From The Making Of ‘Clerks’

After their first jaunt through the circuits of time on the big screen in 1989, Bill S. Preston, esq. and Ted "Theodore" Logan actually had two different TV shows. One was a short-lived live-action affair, but the other, an animated series, was actually pretty successful over two seasons. The series even expanded on the movie's mythology, introducing a new phone booth that allowed the Wyld Stallyns to venture into fictional landscapes and even shrink themselves down to microscopic size.

In its first season, Bill & Ted's Excellent Adventures found Alex WInter, Keanu Reeves, and George Carlin all returning to voice their characters. When the show jumped from CBS to Fox Kids for its second season, however, the roles were recast. 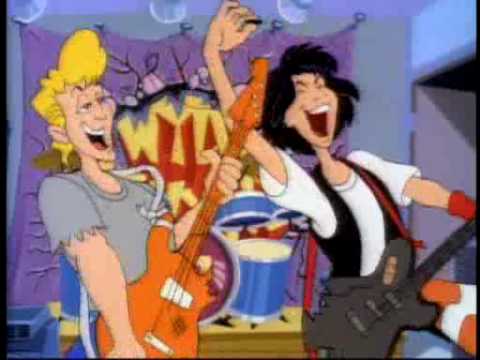 #243 of 1,699 The Most Rewatchable Movies #134 of 302 The Greatest Soundtracks of All Timefeaturing The Funniest 'Bill & Ted's Excellent Adventure' Quotes