If you weren't already obsessed with Chris Pratt, prepare to feel the love. From Parks and Recreation to Guardians of the Galaxy, Chris Pratt has proven his supreme awesomeness many, many times. But is Chris Pratt nice? All signs point to "hell, yes!" From Chris Pratt visiting fans in hospitals to surprising fans with photobombs during a Super Bowl red carpet event, the stories of Chris Pratt being cool are numerous! Make sure to also check out the best Chris Pratt movies of all time.

With emotional and heartwarming speeches about his son, Jack, and incredible performances of "Forgot About Dre," Pratt has proven he's not just super hot and super talented, but he's also a really, really cool human.

As this list of Chris Pratt stories proves, under all the charisma, acting ability, and adorableness, he really is as great as you hoped. So vote up the best stories of Chris Pratt being the awesome guy you always thought he was.

1
When He Helped Raise $92,000 for 12-Year-Old Boy with Brain Cancer
In early 2015, Pratt tweeted a link to a GiveForward campaign that was started to help pay for twelve-year-old Joe Henson's medical bills.  Henson was diagnosed with medulloblastoma (a type of brain tumor) in June 2014. As a result of Pratt's tweet, according to The Hollywood Reporter, donations "exploded." Pratt also made a significant donation himself.

Is this awesome?
2
When He Visited Sick Kids in the Hospital

Chris Evans and Chris Pratt bet on who would win the 2015 Super Bowl. Depending on which team one, they would either visit the children of Christopher’s Haven in Boston (Evans’ charity of choice), or children at the Christopher’s Haven in Seattle. In the end, just like true superheroes, the actors actually visited both hospitals.

Is this awesome?
3
When He Donated $1 Million to Charity
In September 2015, Pratt and wife Anna Faris donated $1 million to charity. According to Life & Style Magazine, the donation to a charity that provides eyeglasses to underprivileged kids was inspired by their son, Jack, who was born premature and is visually impaired. 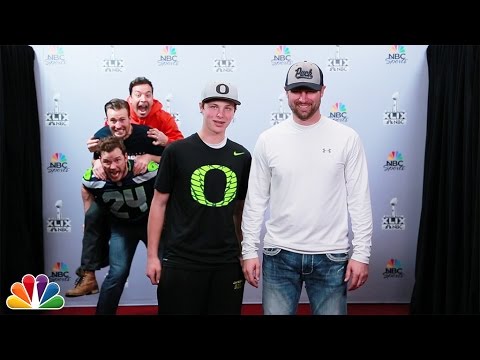 Is this awesome?
LOAD MORE
Filed Under: Polls Chris PrattEntertainmentCelebritiestop 10True Stories
more popular lists
Entertainment 1.8k voters 14 Episodes Of "I Didn't Know I Was Pregnant" That Will Make You Say "How Did You Not Know" Game Consoles 612.3k people have read All Super Nintendo Games: List of SNES Console Games Hip-Hop 307 people have voted on The Best Songs on Young Thug's Album 'So Much Fun' Coaches 506 people have voted on The Best San Francisco 49ers Coaches of All Time