23 LISTS And Now, Something DifferentLists about great movies that took chances and strayed from that same boring formula.
Trailers That Misled on Purpose Stirred Up Huge Controversies Twist Endings That Make the Movie The Hero Is Really a Villain! Not So Happily Ever After Movies That Leave You Hanging Cool Films Where Nothing Happens Cinema's Most Influential Plot Twists Twists Even Better Than the Originals Even Better Than the Original Book Are You Talking To Me? Films with Almost No Dialogue Movies Directed by the Star Movies Shot in Chronological Order Takes Place in a Single Day The Best Movies Critics Hated Movies with a Ticking Clock Great Movies with Only One Actor Modern Films in Black & White Films That Focus on Only One Character
Photo:  Fox Searchlight

We can trace the history of filmmaking back to the 1890s. Motion pictures were initially considered a novelty, a peep show booth at a fair. Technology in film moved fast, and within 20 years, filmmakers figured out how to edit scenes together to make a comprehensible story and properly light a set. By 1926 motion pictures were already using sound. There are so many cool firsts in film history that are often overlooked.

This film firsts list is not just a technical account of the history of cinema. It's a combination of movie history firsts and cool firsts. When was the first time a cellphone was used? When was virtual reality first introduced on the silver screen? Movies have always been one step ahead of history, breaking down walls and tearing down stereotypes. The first cinematic interracial kiss came in 1957, 10 years before Loving v. Virginia legalized interracial marriage nationwide. Hollywood was sending characters to the moon in 1902, decades before NASA.

Tropes are also on this list of film firsts. What was the first film to use body-swapping as a plotline? You know, like when an uptight father doesn’t understand his son and the son doesn’t get why his dad is such a grump all the time, so they switch places in order to see what it’s like to live in the other person’s shoes. What about the nerdy girl makeover trope? A mousy gal with glasses, a bad haircut, and no sense of style suddenly becomes totally gorgeous with a few makeover tips and contact lenses.

Read about those Hollywood firsts in film and more. Also, make your voice heard. Be sure to vote up the coolest movie history firsts.
1
First Movie to Reach $100 Million at the Box Office - Jaws
Steven Spielberg was only 27 years old when he directed Jaws (1975), and the film totally changed cinema forever. Jaws pretty much invented the concept of the summer blockbuster. During its initial run, the horror movie brought in $260 million, which may not seem like a lot of money for summer films today. However, when adjusted for inflation, Jaws has earned a total of $1,098,916,300. Before Jaws, films were traditionally released only in major markets, then slowly rolled out across the country. Jaws opened nationwide right away and distributors took notice of the massive box office success.

2
First Entirely CGI Movie - Toy Story
Pixar has made so many great movies. Toy Story (1995) was the very first feature-length animated movie to be made entirely using CGI. The three films in the Toy Story franchise have grossed nearly $2 billion worldwide and a fourth installment is expected in 2018. Pixar's CGI set a very high bar for the animation boom that occurred in the two decades after Toy Story's release. 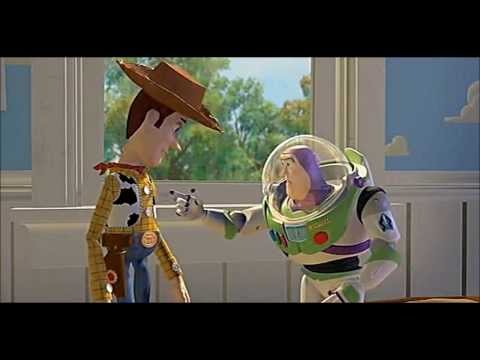 #2 of 590 The Best Animated Films Everfeaturing The Best Toy Story Characters in the Whole Series, Rankedlisted on The Highest Grossing 90s Movies

3
First X-Rated Movie to Win an Oscar - Midnight Cowboy
Typically, an X rating is a kiss of death for a movie. However, the X-rated Midnight Cowboy won the Oscar for Best Picture in 1970 after the G-rated Oliver! took it home in 1969. The movie was certainly controversial and shocking for its time. There were nude scenes combined with depictions of drug use and sex. Plus, the film was a tragedy and didn't have a happy ending. The film's X rating was eventually downgraded to an R upon re-release in 1970. In 1990, the MPAA did away with the X rating altogether and replaced it with an NC-17 label. Therefore, Midnight Cowboy is the first and will remain the only X-rated movie to win the Oscar for Best Picture.

#1,483 of 1,699 The Most Rewatchable Movies #8 of 34 Great Movies About Sad Loner Characterslisted on Every Oscar Winning Film Ever

4
First Movie to Win the Big Five at the Oscars - It Happened One Night
The romantic comedy It Happened One Night (1934) was the first movie to win "The Big Five" (the five major awards) at the Academy Awards in 1935. Clark Gable won for Best Actor, Claudette Colbert for Best Actress, Frank Capra for Best Director, Robert Riskin for Best Writing, and the film itself won for Best Picture. The only two other films to have achieved this honor were One Flew Over the Cuckoo's Nest (1975) and The Silence of the Lambs (1991).

More It Happened One Night ❯