Yosemite National Park was established in 1890 and draws about 4 million visitors each year. Many of those people could tell you some creepy stories about Yosemite. Whether it was a creepy voice on the wind or a large rustle in the forest, the vast, open wilderness can cause some serious unease. According to some famous Yosemite legends, there really is more than just deer and bear scampering around its vast forests.

There are stories of encounters with Bigfoot, run-ins with the peculiar creatures know as Nightcrawlers, a large number of mysterious disappearances, and even sightings of UFOs in Yosemite. There have been shocking murders and a large number of mysterious disappearances. There are plenty of Yosemite urban legends and Yosemite creepy stories, but are any of them true? Read through this list of unsettling stories, vote up the tales that chill you to the bone, and decide for yourself if there's anything to fear in the California wilderness.

1
Grouse Lake Has Its Own Jason Voorhees

Many hikers have reported a wailing sound erupting from Grouse Lake. The first documented report of this phenomenon came from Galen Clark, Yosemite’s first park ranger in 1867. Clark heard the cries and thought perhaps it was a dog so he asked the local Indian tribe if they’d lost one. They told him it wasn’t a dog and not to go after it.

According to them, an Indian boy drowned in the lake many years ago and now he haunts it, calling out to those who pass by. If anyone goes into the water after him, he’ll grab their feet and pull them down into the lake to drown.

Are you creeped out?
2
The Norman Bates of Yosemite

In February 1999, 43-year-old Carole Sund, her 15-year-old daughter Juli, and Juli's 16-year-old friend Silvina Pelosso checked into the Cedar Lodge and never checked out. A hiker found their red Pontiac torched deep in the mountains with Carole and Silvina in the trunk, and six days later, the FBI received a map leading them to Juli. Her throat had been slashed.

Then in July, a teacher at the Yosemite Institute, Joie Ruth Armstrong, went missing.  Her body was found 27 feet away from her head in a drainage ditch. The deranged woman-hating lunatic responsible turned out to be Cedar Lodge’s handyman Cary Stayner. He would use his position to gain access to his victims. He confessed to everything, and also confessed he planned to kill his girlfriend and her daughter on Valentine's Day, but didn't go through with it.

Are you creeped out?
3
A Park Ranger Found Three Meticulously Severed Deer Heads on a Trail

A ranger for the Backcountry Division in Yosemite Park recalls a strange experience while patrolling on foot. In the middle of a trail, he found a freshly severed deer head. The cut was clean and there was no body or blood to be found. Hunting was illegal during that time of year, so he surveyed the area, buried the head, and continued on. Half a mile later, he found a second deer head in the middle of the trail.

Panic set in as he realized he was 30 miles away from his vehicle and whoever did this could be watching him. Again, he surveyed the area, found nothing, and buried the head. Before finishing his patrol, he discovered a third deer head, almost completely stripped of skin. He reported the creepy trail of deer heads but who put them there remains a mystery.

Are you creeped out?
4
Mysterious Disappearances Are a Regular Occurrence
Many children have gone missing in Yosemite with bizarre elements in common. They tend to disappear in locations rich with huckleberries and many times a storm follows, washing away tracks or clues. They are found very far away and are always missing clothing or shoes with no scrapes on their feet proving - almost like they teleported to a different part of the park.

Local lore tells of a few beasts that could be responsible, like the cannibalistic Wendigo or the mountain devils called Seeahtiks, who possess hypnotic abilities and extraordinary strength. 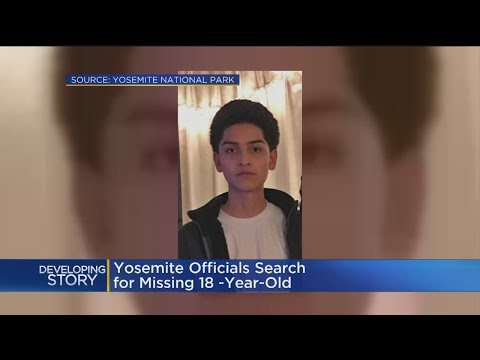