Anyone who tunes in to a Seth MacFarlane creation should expect some extremely dark comedy - a fact that's been true since his first hit, Family Guy. The show has been on the air since 1999, and during that time there have been plenty of times Family Guy went super dark. Seth MacFarlane and his writers have welcomed all kinds of controversy with shocking jokes about death, abortion, incest, drunk driving, Michael J. Fox, and many other taboo topics.

Keep reading to see how Family Guy has crossed the line with some of the darkest jokes of any TV show, ever.

1
You Have AIDS Song

Another dark, but uncomfortably catchy Family Guy jingle pops up when Peter forms a singing group dedicated to giving people bad news. The group appears in a hospital room and lets a man know he has AIDS with lovely barbershop-style singing. 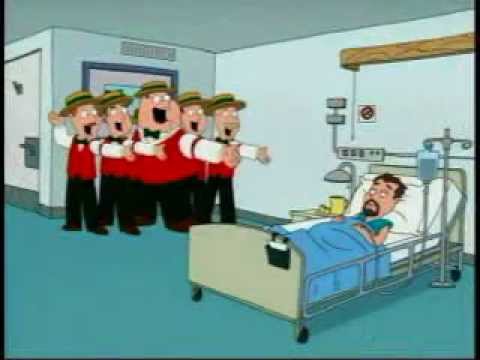 Did you laugh, but feel bad?
2
Prom Night Dumpster Baby

Teenage pregnancy is a serious topic that affects thousands upon thousands of people every year. So it's no wonder that Family Guy decided to make a jingle out of it. One episode of Family Guy shows a young girl at her high school prom ditching her newborn child in a dumpster. This immediately sets off a song titled “Prom Night Dumpster Baby,” during which the abandoned child sings that he “has no mom or dad,” and that his “story isn’t long but, boy, it’s awfully sad.” 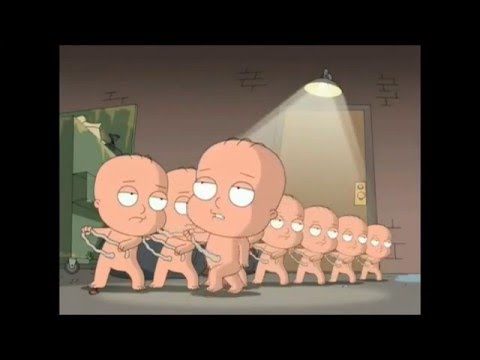 Did you laugh, but feel bad?
3
Reimagining the Cosby Show Opening

Not too long after comedian Bill Cosby was accused of sexually assaulting more than 50 women, Family Guy decided to remake the opening of his classic ‘80s sitcom. The Griffin family and friends are crowded around the TV when the announcer is heard welcoming audiences back to “The Cosby Show, knowing what we know now.” The bit then recreates the opening sequence of The Cosby Show, but features the show’s female stars all passed out. At one point Bea Arthur is seen stammering in the background without pants shortly before the NBC peacock stumbles into frame with a glass in its hand.

Did you laugh, but feel bad?
4
Peter Shakes His First Son to Death

This joke was short, simple, and pretty dark. In a cutaway scene, Peter and Lois are seen mourning next to a tombstone that reads "Peter Griffin, Jr." At first it's unclear what caused the death of this Griffin child, until Peter turns to Lois and explains that he thought shaking the baby enough would make him stop crying. "I was kind of right," he adds. 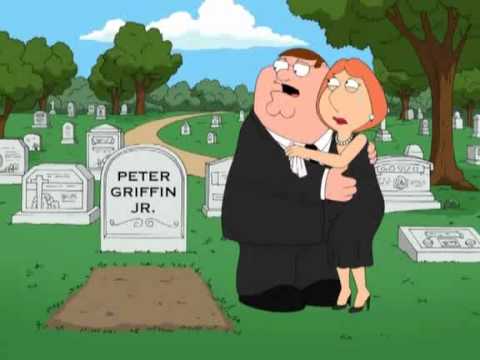