42 LISTS The Walking DeadIt's the final season of AMC's hit show, adapted from a comic book series, about life for survivors of an actual zombie apocalypse.
Characters: TV vs. Comic Books Things That Would Improve the Show Other Shows & Films TWD Fans Should Watch Greatest Characters Pet Peeves That Annoy All Fans Easter Eggs You Didn't Notice The Showmakers' Worst Decisions Comic Scenes Too Graphic for TV Fun Facts All Fans Should Know Memes & Viral Things Infuriating Little Details What O.G. Fans Hate About the TV Adaptation The Most Brutal & Badass Kills Gross Things the Living Have Eaten Carol Kicking So Much Ass It's Even More Dramatic Behind the Scenes Most Eerily Accurate Cosplay Irritating Characters Objectively Bad Decisions Made by Survivors Actors in Other Roles
Photo:  The Walking Dead / AMC

WARNING: Unless you are caught up to the latest episode of The Walking Dead, spoilers can come lurching over the hill at any moment.

Daryl Dixon is one of the most popular characters on The Walking Dead. As played by Norman Reedus, Dixon’s character arc has been remarkable, charting the growth of a drifter redneck as he evolves into a leader with an open heart and mind.

Reedus has had a golden opportunity to help shape his Walking Dead character because Daryl Dixon is not in Robert Kirkman’s comic series. Original showrunner Frank Darabont created the character after being blown away by Reedus’s audition. After Darabont left the show, Kirkman looked to Reedus to continue Daryl’s development.

What audiences constantly get from Daryl Dixon is imaginative walker kills, crossbow expertise, diehard loyalty to Rick and the group, and memorable Daryl Dixon Walking Dead quotes. Daryl can be counted on to sum up a situation (telling Rick that not looking for new people is wrong, etc), lay down a punchline ("Shut up"), or explain his feelings in three short but powerful sentences (who he was before the apocalypse).

Who is Daryl Dixon? He's an underdog, a survivalist, awkward with the ladies man, a bad ass motorcycle rider, creative walker killer, ugly crier, woodland creature enemy number one, walker necklace maker, caveman spaghetti eater? All of those things and more make up the man and the myth that is the D.

What’s your favorite Daryl Dixon moment on The Walking Dead? Vote up the best Daryl bits to push those suckers to the top of this list in a very zen-like Daryl way.
1
When He Dispatched Negan's Men with a Rocket Launcher
Graphic novel readers thought that the mid-season premiere was going to start with the death of a main character. Was Negan's henchman going to shoot Sasha or Abraham? We'll never know because Daryl straight up obliterated the whole menacing gang with a blast from a rocket launcher after quietly killing one of the Saviors behind the tanker. If you weren't dancing around after that big explosion, you are made of stone. 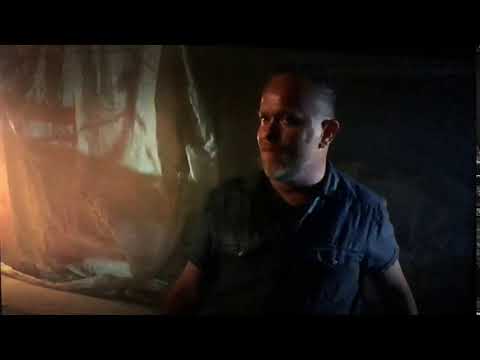 Was this a great moment?
2
When He Stands Up to Merle

Merle’s grip on his little brother slips after Daryl spends a lot of time with the group. At the beginning of the apocalypse, the brothers were drifting around, looking to score whatever they could from whomever. They had plans to rob the group when things went badly for Merle on a rooftop. He was left chained to a pipe and had to cut his own hand off with a hacksaw to escape approaching walkers.

In a scene where Daryl decides to head back to the prison instead of staying out in the woods with Merle, Daryl shows his brother just how much he’s grown and what he thinks of him.

Was this a great moment?
3
When Rick Tells Him “You’re My Brother”
Just after Rick rips out the throat of a man with his bare teeth, he tells Daryl that they are brothers. Daryl, who’s had to kill his own brother Merle, is moved by this sentiment. And probably a little spooked. Even Merle didn’t bite out a dude’s throat. 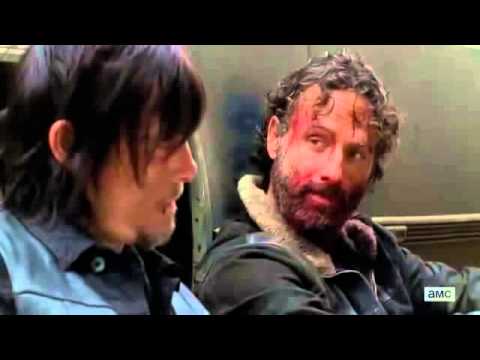 Was this a great moment?
4
Daryl’s Killing Spree During the Attack on the Prison
Like a very satisfying video game, Daryl goes zoo on The Governor’s people, using a walker as a shield to get close to the tank. He also kills said tank with a slam dunk grenade down the barrel. Then he clips the tank operator, Mitch, but doesn’t destroy his brain, leaving him to turn. FU, Mitch. 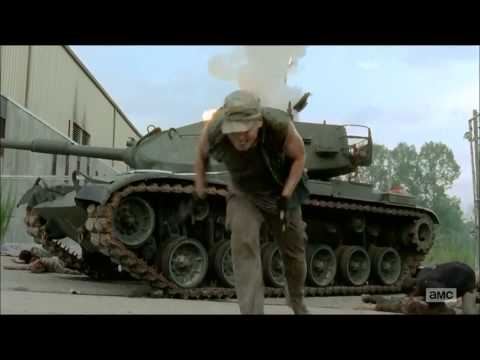