41 LISTS Revisiting Childhood FavoritesLists that dissect and analyze (and possibly ruin) some of the movies and TV you watched over and over and over and over when you were a kid.
'90s Favorite Films That Were So Messed Up Well, That Was Inappropriate Cartoons with Heartbreaking Origin Stories Movies That Just Don't Hold Up Winnie the Pooh Is All About Mental Illness On-Set Stories from Willy Wonka Secretly Tragic Family Classics Movies That Taught Awful Lessons Narnia Is Pretty Disturbing Can You Still Enjoy The Goonies? Bleak Truths About Classic Cartoons Spy Kids Is Truly Unsettling 'Good' Parents Who Should Lose Custody All Your Faves, Totally Ruined WTF Was Up with Anastasia Creepiest Eps of Beloved Kids Cartoons Too Scary Even for Grown-Ups The Mighty Ducks Movies Are All Terrible Strange Facts to Know About The Wizard of Oz We Need To Talk About Kevin McAllister
Photo:  Warner Bros.

While most kids movies are made and catered specifically to their demographic, that doesn't mean that the older creative members behind the films aren't ever subtle about inserting some humor or references for adults. However, some deleted movie scenes from over the years have proven to push that line a little too far, where the adult content in the scenes either completely change or alter the tone of the film beyond repair.

Even a company as careful as Disney is not always able to avoid disturbing scenes deleted from kids movies. Whether that be scenes that went on too long and into much darker territory than their theatrical versions did or sequences that were entirely cut from the film due to their thematic material, there are a number of examples of creepy children's movie scenes.

Here are just some of those dark or gross kids movie scenes that were, thankfully, excluded from their theatrical releases. Vote up the dankest ones you're glad you never saw as a kid!

Scar is one of the greatest Disney villains of all time, mostly thanks to his scheming personality and just overall sliminess. But Scar's appeal also comes from his show-stopping and terrifying Nazi-esque musical number, "Be Prepared."

As a deleted scene from the film reveals too, it turns out that Scar is directly responsible for Nala heading out into the jungle to reunite with Simba in the first place. Not just because of his terrible job being king of Pride Rock, but because he tries to creepily force her into marrying him, which at the time, was set to a different version of "Be Prepared."

Does the scene make Scar even creepier than he already is? Yes. But it also adds a layer of subtext about consent that might have been more trouble than it would have been worth for The Lion King to try and tackle. 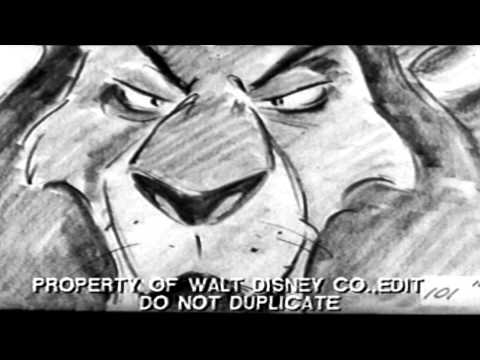 It's not uncommon for a Disney movie to deliver on the kind of tragic scenes that end up leaving lifelong marks on their young viewers. Along with Mufasa's death in The Lion King or Dumbo's farewell to his mother is the death of Bambi's mother early on in the animated classic eponymous film.

Killed by a hunter, the scene in Bambi is already tragic enough as it is, and is widely regarded as one of the saddest scenes in movie history. But it turns out the scene was originally going to last much longer, and would have become even darker than it already was. Bambi's mother wasn't just going to be shot by the hunter, but we were also originally going to see her lifeless corpse be dragged away by him. Just the thought is enough to send anyone crawling into a dark corner to cry for awhile.

The Santa Clause has become an integral piece of annual Christmas viewing for many families, thanks to its fun premise and lovable characters. But in one of the film's original cuts, there was a joke that is very clearly not suitable for a kids movie, let alone a supposedly family-friendly holiday film.

The joke in question happens early on in the film, when Tim Allen's Scott Calvin makes a joke about the phone number for his ex-wife's new husband's mother being "1-800-SPANK-ME." Scott takes it even further, saying that he "knows that number."

Aside from the obvious sexual context of this exchange, the film actually led to kids calling the number in question, thinking it might connect them to Santa Claus. Instead, it just got their parents a whole lot of charges from different actual sex lines. 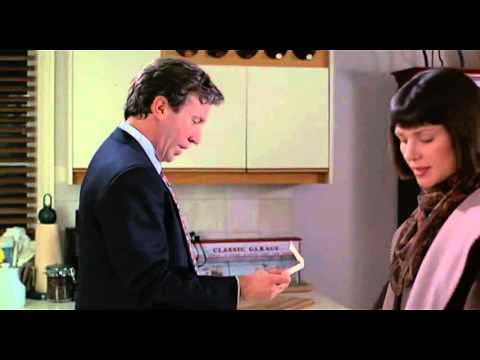 One of the greatest storytelling achievements that Frozen pulls off comes in the form of how Elsa's character is written. Despite going out of its way to illustrate just how dangerous Elsa's icy powers can be to those around her, the film still manages to keep her as a sympathetic character -- one that audiences can sympathize with and root for.

That probably explains why Disney decided to cut one scene, as they were originally going to show a much harsher side of Elsa than what we see theatrical cut. The scene in question would have involved Elsa performing a kind of torturous interrogation of two royal Arendelle soldiers for information about her sister, Anna's whereabouts. Apparently, the scene would have even involved Elsa trapping the soldiers in ice until they gave her the information she wanted.