33 LISTS A Bun in the OvenLists about what to expect when you're expecting, funny memes, movies to watch, delicious snacks to try, and much more to get you through these 40 magical weeks of pregnancy.
Cute & Creative Announcements Over-the-Top Celeb Baby and Gender Reveals Moms Who Weren't Expecting Funny Costumes for the Preg What's Happening to Your Body Gross Things Happening in the Womb Weird & Creepy Pregnancy Cakes Belly Art That Is Kind of Extra Pregnancies That Changed TV History How Alcohol and Drugs Affect Babies Actresses Who Filmed While Pregnant All About Doing It During Pregnancy Just How Wild a Pregnancy Is Daily Life In The Womb 2019 Celebrity Pregnancy Pool The Best Shows with Pregnancy Storylines How to Predict the Baby's Sex 2019 Celebrity Pregnancies Documentaries About Pregnancy Pregnant Characters in Film
Photo:  via pixabay

Some gender reveal parties are truly amazing. Parents-to-be go above and beyond in planning the perfect reveal for their unborn child. Even celebrities are getting in on it. Over time, they've gotten progressively more popular and extravagant. One can only imagine what all the innovative future parents out there will come up with next.

In April 2017, Dennis Dickey of Tucson, AZ,  planned to shoot at a target that contained Tannerite - an explosive substance - to reveal the gender of he and his wife's child. In theory, the target was supposed to poof in either pink or blue, signaling the baby's sex. What actually happened, however, was something Dickey did not anticipate: a massive wildfire.

Brush caught fire, and over the course of a week, 47,000 acres were set ablaze. The flames caused more than $8 million in damages, and Dickey told the judge it was "probably one of the worst days of my life." The court charged Dickey $220,000 as restitution for his misdemeanor offense of causing a fire without a permit. 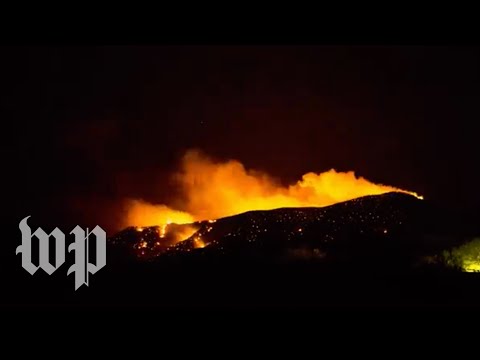 Is this gender reveal super dramatic?
2
A Rube Goldberg Machine Reveal Will Keep You On Your Toes

Some gender reveals require more work than others. Taylor Calmus, who makes videos under the name "Dude Dad," created an elaborate Rube Goldberg machine to reveal his baby's gender. Reminiscent of the "breakfast machine" from Back to the Future or a wholesome version of a trap from the Saw films, you have to see this gender reveal machine to believe it. There are many surprising twists in this video, and honestly the amount of engineering and skillful production is impressive. 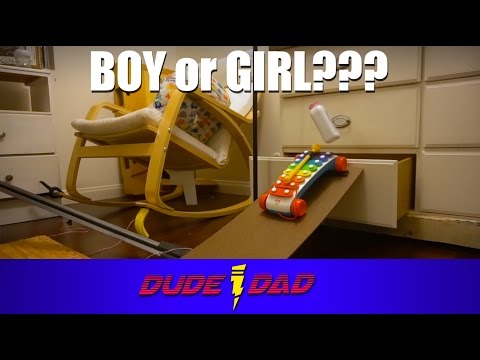 Is this gender reveal super dramatic?
3
A Weather Balloon And A GoPro Make For An Extraterrestrial Reveal

Star Trek taught us that space is the final frontier. While that may or may not be true, space is definitely the next frontier in gender reveals. With the help of Bishop, California high schoolers, Ashley Blankenship and Lance Patrick sent a weather balloon up to the stratopshere. Once it was over 20 miles high, the balloon popped, revealing to the entire universe the baby's gender. On hand for this moment were many GoPro cameras, as well as a stuffed monkey in a spacesuit.

Is this gender reveal super dramatic?
4
A Ferris Wheel Includes All The Fair-Goers In Your Special Moment

Changing the light color on a Ferris wheel creates a large-scale, memorable gender reveal. In one touching story, a pregnant couple lost one of their twins in a case of vanishing twin syndrome. The pregnant woman sunk into a deep depression, and wasn't as excited about her pregnancy as she was previously.

Her partner told her he'd "light up the sky" in an attempt to lift her spirits, and he did just that; their gender reveal utilized a massive Ferris wheel and pink lighting to let the world know they were having a girl. 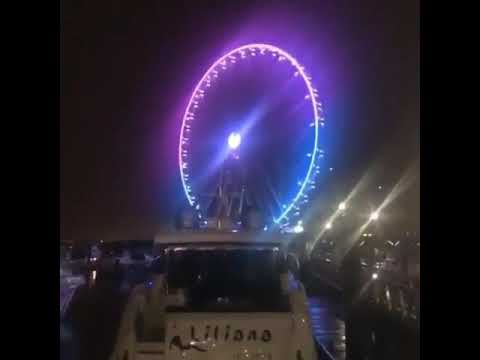