Easy video game bosses can either make a game fun or ruin it altogether. Boss battles in video games are meant to be a challenge, to make the player think a little, but if a boss is too easy it could mean that the player will just write off the game.

This list compiles video of some of the easiest boss battles in video game history. Just because the boss battles listed here are easy, doesn't mean that they are bad. Most of the time, easy boss battles happen near the beginning of the game and serve as a warm up for the player, like "Flash Man" from Mega Man 2 or "Gohma" from Legend of Zelda: Ocarina of Time. Others happen to be the final boss battle and it turns out to be so easy as either a joke (Like in "Portal") or if you have maxed out your character to the extreme ("Final Fantasy VII)

No matter where these boss battles take place, there is no way that they can't be considered some of the easiest boss battle in video game history.

Earthworm Jim is a 1994 run and gun platforming video game developed by Shiny Entertainment and published by Playmates Interactive Entertainment, featuring an earthworm named Jim in a robotic suit who battles evil. Created by Doug TenNapel and designed by David Perry, the game was released for the Sega Genesis in 1994, and subsequently ported to a number of other video game consoles. The game was noted for its fluid, cartoon-like animation and 'off-the-wall' humour. It was well received by critics, and received a sequel, Earthworm Jim 2, in 1995. Fifteen years later, Gameloft developed a high definition remake for the PlayStation Network and Xbox Live Arcade, titled Earthworm Jim HD, in ...more on Wikipedia 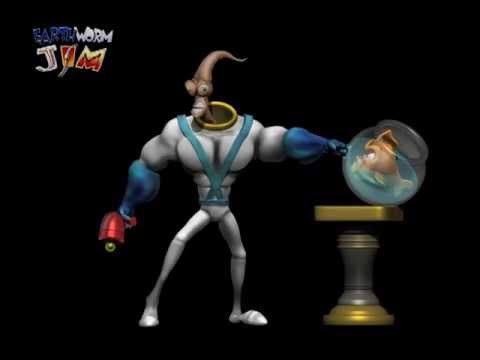 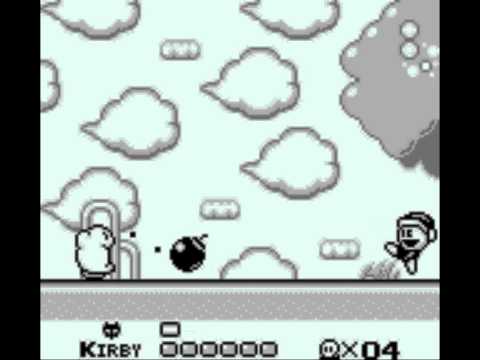 Crash Bandicoot is a platform video game originally published by Sony Computer Entertainment, produced by Universal Interactive Studios and developed by Naughty Dog for the PlayStation. It was originally released for the PlayStation on August 31, 1996, and was included in the Sony Greatest Hits line-up. In 2007, it was re-released as a downloadable game for PlayStation 3 and PlayStation Portable via PlayStation Network. Crash Bandicoot is the first installment in the Crash Bandicoot series, chronicling the creation of the titular character at the hands of the series antagonist Doctor Neo Cortex and his henchman Doctor Nitrus Brio. The game's story follows Crash's effort to stop Brio and ...more on Wikipedia 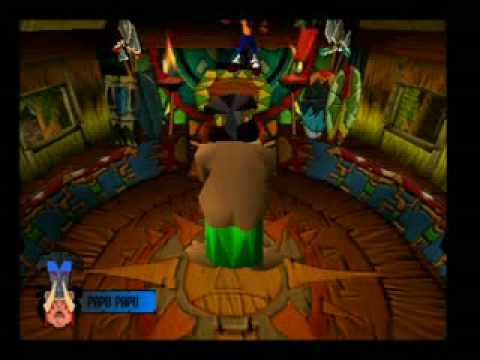 4
Gohma - The Legend of Zelda: Ocarina of Time

The Legend of Zelda: Ocarina of Time is a 1998 action-adventure video game developed by Nintendo's Entertainment Analysis and Development division for the Nintendo 64 video game console. It was released in Japan on November 21, 1998; in North America on November 23, 1998; and in Europe on December 11, 1998. Originally developed for the 64DD peripheral, the game was instead released on a 256 megabit cartridge, which was the largest-capacity cartridge Nintendo produced at that time. Ocarina of Time is the fifth game in The Legend of Zelda series, and the first with 3D graphics. It was followed 18 months after its release by the direct sequel The Legend of Zelda: Majora's Mask. In Ocarina of ...more on Wikipedia 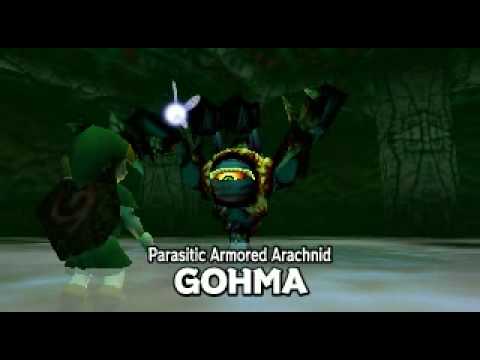 More The Legend of Zelda: Ocarina of Time