"Escape From Planet Earth 3D" movie quotes take viewers on an intergalactic journey as the brother of an alien superhero is tasked with rescuing his brother from earth. The computer animated family film was directed by Cal Brunker who also co-wrote the screenplay with Bob Barlen. "Escape From Planet Earth 3D," which marks the first theatrical release from Rainmaker Entertainment, was released in the United States on February 14, 2013.

In "Escape From Planet Earth 3D," BASA, the space agency of planet Baab, gets a call from help from earth and dispatches its worldwide hero, Scorch Supernova (voiced by Brendan Fraser). This soon turns out to be a trap when Scorch is captured by Shanker (voiced by William Shatner), the evil head of Area 51. Shanker has made quite the living by capturing aliens and forcing them to develop technological goods, which he then sells to companies like Google, Facebook and Apple.

If live action movies are more your thing, why not check out instead other movies playing such as "A Glimpse Inside the Mind of Charles Swan III," "Side Effects," "Identity Thief," "Hansel and Gretel: Witch Hunters," "Stand Up Guys," "Warm Bodies," "Bullet to the Head," "Movie 43," "Django Unchained," "Killing Them Softly," "Hitchcock," "Skyfall," "Lincoln," "Flight," "Playing for Keeps," and "Silver Linings Playbook."
1
Welcome to Earth

Scorch Supernova: "It's so beautiful! Commencing rescue OP. Greetings! We heard your call for help." [inflatable man is shot with a dart] "Don't you die on my buddy!" [Scorch is hit with a dart] "Okay, I love you guys…"
Shanker: "Welcome to earth."

Upon arriving on earth, Scorch meets a very friendly fellow who seems to love waving. While he doesn't realize he's talking to an inflatable advertisement figure, he does notice when he's hit with a dart from Shanker.

Should this be higher or lower?
2
Scorch Has Been Captured

Gary Supernova: "Scorch has been captured."

Gary and the rest of the Supernova family are alarmed when they get the news that Scorch has been captured on earth. That puts Gary in quite a difficult situation. 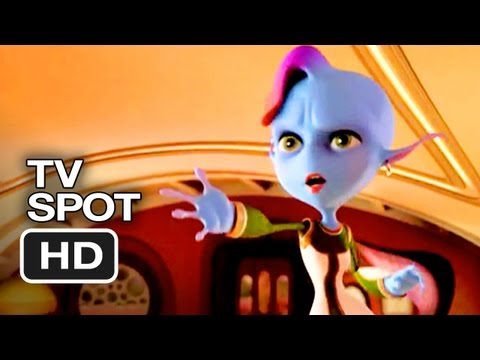 Should this be higher or lower?
3
You Think Humans Could Build This Stuff?

Doc: "There's only one way out of here. Invent enough cool stuff and Shanker let's you go. That's how Area 51 works. He lures the smartest aliens from across the universe and throws us in jail. Take Thurman. He was a professor. Those four hands invented touchscreen technology. Or Io, she used to be a librarian. She got so mad looking stuff up for people that she invented the search engine. And most importantly, me. After my radio show got famous, I invented social networking. I've got five billion pending friend requests. That's how Shanker bankrolls this place. He rips off our technology and sells it to the world. He's got deals with everybody, Apple, Facebook, them Google guys. You think humans could build this stuff? I don't think so!"

As Doc explains, many of our favorite forms of technology are not from this planet, rather the handiwork of aliens. Who would have ever thought tech giants outsourced their work that far? 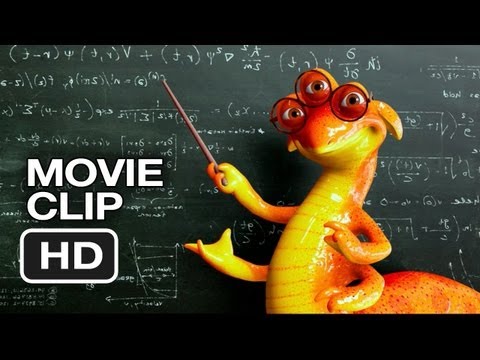 Should this be higher or lower?
4
Stay Calm!

Scorch Supernova: "Sweet flying, Gary! I didn't think you had it in you… The important thing is to stay calm. Stay call. Ahh! We all gonna die!"
Io: "I don't fly well."
Thurman: "When I feel queasy I try breathing deeply through my nose."

Io might be a giant scary looking alien but get her on a space ship and she is no match for air sickness. That is unfortunate as Scorch, Gary, Thurman and she try to outrun their enemies. 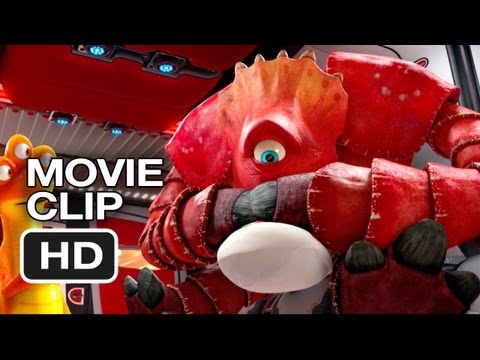