There's something spooky about Tim Burton. Maybe it's his movies, which tend to feature rattling skeletons, dark humor, and macabre themes. Or maybe it's the fact that when you Google "Tim Burton life," stories come up about his obsession with Vincent Price and his very real fear of shellfish. And then there's the whole Disney chapter - he was an apprentice at the animation studio, but was fired after his work was deemed too dark and twisted for children. But Burton's biography is marked by success as well. During his decades in Hollywood, he's created blockbuster films and introduced audiences to enduring characters like Edward Scissorhands and Beetlejuice.

Even with all of that mainstream success, Burton is still thought of as an oddball. For every award-winning film he releases, there are always a handful of weird facts about Tim Burton written in the review. Perhaps these bizarre Tim Burton facts are what make him such a skilled director.

1
Jack Skellington Appears In Lots Of His Films

Jack Skellington is one of the most recognizable Burton characters ever created. The bony figure stars in The Nightmare Before Christmas, but also pops up in a lot of other places, some of which have no connection to Burton. In Burton-land: Jack shows up in Beetlejuice on top of the hat/carousel, in the bow tie of the Mad Hatter in Alice In Wonderland, and in a quick cameo in the closing moments of Vincent.

He also pops up in an episode of South Park, has a cameo in Finding Nemo, and even finds time to help out in Kingdom Hearts, the popular RPG from Square. 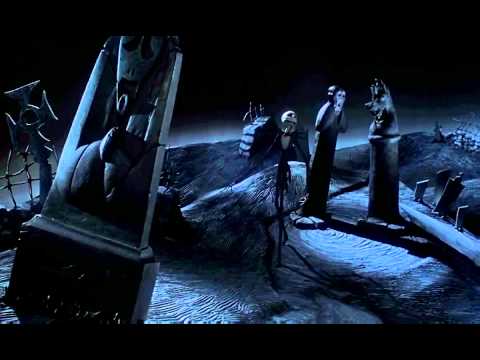 Is this interesting?
2
Disney Fired Him Because His Work Was Too Disturbing

Burton made Frankenweenie not once, but twice. He originally completed it in 1984 as a short film for Disney, but it got him fired from the storied animation studio. Studio execs said he had wasted their money, and test screenings convinced marketers that kids would be frightened by the film.

Burton went on to become a huge Hollywood success after Disney dumped him, which allowed him to come back and make Frankenweenie the way he always wanted to.

Is this interesting?
3
He Threw A Halloween Party At The White House

President Obama asked Burton to help him throw a Halloween party at the White House in 2009. Burton designed the room to look like the fantastical tea party from Alice In Wonderland. He even convinced Johnny Depp to show up in costume and in character as the Mad Hatter.

Is this interesting?
4
His Parents Walled Up His Bedroom Window

Burton's childhood wasn't horrific, but it doesn't exactly sound normal, either. His father was a professional baseball player, and his mother owned a cat-themed gift shop. One day, his parents walled up the window in his bedroom, and left only a slit for him to see out of.

Burton couldn't figure out why they did it; he thought perhaps they "didn't want [him] to escape."