43 LISTS High TimesLists about the things you can eat, pop, smoke, snort, and inject into your body to chase dat euphoria.
Fun Drug Slang from History Druggiest Rock Stars of All Time Most Insane Tweekers in Film History The Best Movies About Drug Abuse Drugs That Will Ruin Your Life People Describe Their Scariest Hallucinations Foods That Cause Hallucinations Drugs Kids Are Doing These Days Why You Shouldn't F with Salvia Withdrawal from Heroin Really Bad Trips Caught on Video Songs About Shooting Up Heroin Drug Myths That Just Aren't True Songs You Never Know Are All About Drugs Devil's Breath, The Zombie Drug Things to Touch While on Molly The Secret Code of Drug Dealers The Greatest Documentaries About Drugs The Greatest Movies About Drugs The Best Songs About Drugs
Photo:  John Baroque via DeviantArt

Trainspotting had heroin, Walter White his crystal meth (Blue Ice: accept no substitutes!). Alex in A Clockwork Orange partook of his moloko plus with a side of ultra-violence. Haven't heard of that one? Don't worry - you're not out of touch with the young folk. You just need to see more movies with hardcore fictional drugs. And make no mistake: there are some insane drugs in movies. Stuff that will make you lose your mind. Some drug movies will probably even make you feel like you're on drugs yourself.

The beauty of a fictional narcotic is that writers and directors need not worry about the pesky truth that comes with dabbling in reality. And let's face it - Batman would be a lot less fun if the Joker used crack instead of Smylex. Speaking of crack, some of the films on this list, such as Robocop 2, are obvious examples of how the crack epidemic influenced movies. Leave a comment below if you feel any of the craziest drugs from movies didn't make this list.

Maybe you didn't see Gaspar Noe's three-hour drug trip Enter the Void because you've done DMT enough to not need to see it recreated as cinema. In the event you did see that movie, you know it's trippy as hell. So imagine that super trippiness in a movie that's a bit like Die Hard and a lot like The Raid and you have some idea of what's going on with Slo Mo in Dredd. The drug slows the user's perception of reality to 1% normal speed. And so you become high af and everything is magical. Sounds kind of great, right? 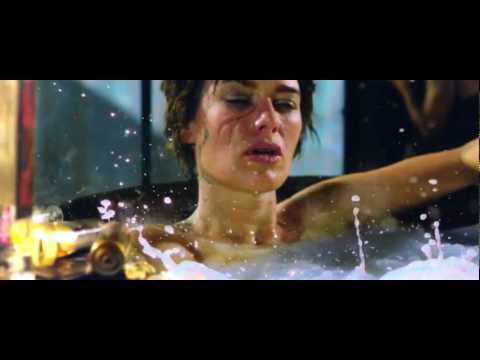 2
Moloko Plus From A Clockwork Orange

A slightly more unhinged version of taro milk tea (with boba, obviously), moloko plus, from the Korova milkbar, is the drink and drug of choice for anti-hero Alex and his violent misfit cronies in A Clockwork Orange.

To quote Alex, "The Korova milkbar sold milk-plus, milk plus vellocet or synthemesc or drencrom, which is what we were drinking. This would sharpen you up and make you ready for a bit of the old ultraviolence." Side effects may include a propensity to act out whenever Singing in the Rain enters your head, wanton raping, and a desire to turn every social encounter into an act of sadistic violence.

As ad campaigns go, it's no "Got Milk." But if ultraviolence is your thing, then Korova's the drink for you. Accept no substitutes.

#137 of 460 The Most Quotable Movies of All Time #50 of 347 The Best Movies Based On Booksfeaturing Kubrick And Codpieces: Behind The Scenes Of 'A Clockwork Orange'

3
Substance D From A Scanner Darkly

A Scanner Darkly isn't just about drugs; watching it, you feel the effects of drugs coming alive in front of your eyes. Using rotoscope-style animation, director Richard Linklater puts the audience right into the fractured brain of undercover agent Bob Arctor (Keanu Reeves). Arctor eventually becomes addicted to the drug he's trying to get off the streets - Substance D, a powerful psychedelic. The deeper in he gets, the more addicted he becomes, and the stranger the film gets. 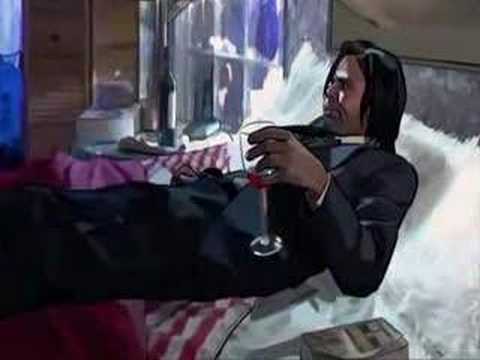 #476 of 599 The Best Animated Films Ever #867 of 997 The All-Time Greatest Comedy Filmsfeaturing Every Warning Sci-Fi Writer Philip K. Dick Gave Us About Technology That Is Coming True

4
Melange (AKA Spice) From Dune

In the world of Dune, Melange, also known as Spice, is the most valuable material in the universe. It can increase a user's life span and strength of body and mind. The downside of the drug is, it's incredibly addictive and can result in coming face-to-face with shirtless Sting. If you recall, Dune was directed by David Lynch, so you know Melange, in its cinematic form, was super weird. It made people's eyes glow blue.

All the cool kids in 1984 had the LJN Toys Spice Scout vehicle. You could play with it alongside your Scarface cocaine factory action set and, if you kept it until 1989, your Crack House crack house.