63 LISTS Game of Thrones Exploring and ranking everything in HBO's epic fantasy series.

Every Detail You Missed in Season 8, Ep 1 Well, Shoot: Dany Became Her Father All the Plot Threads the Show Just Abandoned The Objectively Worst Decisions by Any Character Easter Eggs in the Whole Series Most Epic Insults in the Series Things That Happened Before Episode 1 A Recap of Ep. 3, 'The Long Night' Easter Eggs in the Season 8 Intro What You Missed in Season 8 Episode 2 Unforgettable Last Words A Recap of Ep. 5, 'The Bells Every Character's Arc Throughout the Series A Recap of the Series Finale Everything We Know About the Prequel Series The Very Best Characters in the Whole Series A Recap of Ep. 4, 'The Last Of The Starks' Every Important Detail You Missed in Episode 4 Favorite Odd Couples The Very Best Episodes, Ranked by 25K Votes
Photo:  HBO

Be warned: here be SPOILERS. Catch up on the HBO series before proceeding.

Daenerys Targaryen has entered into a pact with Jon Snow to fight the White Walkers, just as the two have struck up a romance. The army of the dead has breached the Wall with a fearsome ice dragon. Cersei Lannister still plays political games, unaware that the greatest threat to her power is one Aegon Targaryen, the very much living true heir to the throne.

With Game of Thrones nearing its exciting conclusion, fans are realizing just how many plot lines were hinted at seasons ago. Some of these clues were pretty subtle, so uncovering the hidden foreshadowing in Game of Thrones is outrageously rewarding for eagle-eyed viewers. There are lots of things you never noticed in Game of Thrones, from foreshadowing of major deaths to tiny hints about characters' destinies. The HBO drama isn't for the casual TV watcher; even a seemingly throwaway line can have major implications for the world of Westeros.

Are there instances of Game of Thrones foreshadowing you missed, or did you see all of these twists coming a mile off?

Data-driven recommendations based on voting from over 40 million monthly visits to Ranker. Try the free app
1
The Tale Of The Rat Cook Foreshadows Those Frey Pies

When Bran Stark is traveling with Hodor and the Reeds, he tells a lovely story about a Night's Watchman who once got revenge by killing a king's son, baking him into a pie, and feeding it to the king. He says the Rat Cook was cursed afterward because, "he killed a guest beneath his walls. That's something the gods can't forgive."

Walder Frey kills a lot of guests beneath his walls at the Red Wedding, and ends up paying the price when Arya Stark bakes all of his sons into a pie and feeds it to him before slitting his throat. 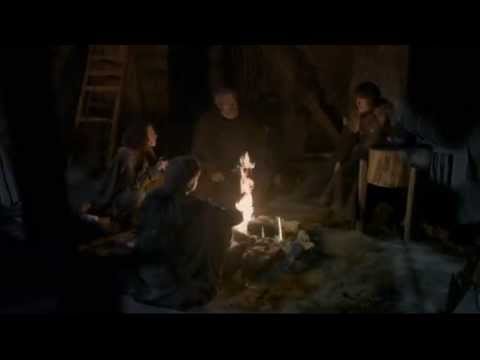 Is this brilliant?
2
Margaery Jokes About Ending Up Tangled In A String Of Sparrows

While picking out a necklace in preparation for her wedding to Joffrey Baratheon, Margaery Tyrell jokes she'll end up with a "string of sparrows" around her neck if Joffrey has any say in the matter.

In many ways, the Sparrows – the militant religious zealots who essentially commandeer King's Landing – become a noose around Margaery's neck. They imprison her for lying about her brother Loras's sexual dalliances, and ultimately seal her fate by putting her on trial in the Great Sept when Cersei Lannister sets the place ablaze with wildfire. She dies surrounded by Sparrows. 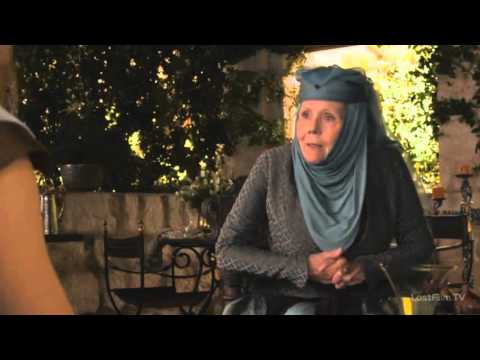 Is this brilliant?
3
Theon Worries About Being Treated Like A Eunuch

Theon Greyjoy unsuccessfully hunts for the escaped Stark children in Season 2. He grabs Maester Luwin and says, "I'm looking at spending the rest of my life being treated like a fool and a eunuch by my own people!" Truer words have never been spoken by someone about to lose their genitals. 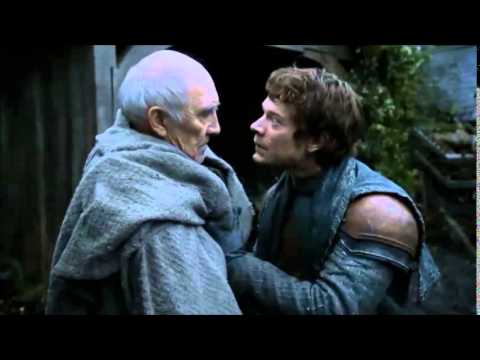 Is this brilliant?
4
The Story Of Tyrion's First Marriage Foreshadows The Murders Of Tywin And Shae

Tyrion Lannister tells Shae and Bronn about his first marriage, to a woman he didn't realize was a prostitute. To show Tyrion the truth, his father, Tywin Lannister, paid her to sleep with his guards. In response, Bronn says, "I would have killed that man who did that to me."

Shae chides Tyrion for not realizing the woman was a prostitute in the first place. When Tyrion claims he was young and stupid, she answers, "You're still young and stupid."

Shae is right. Tyrion has fallen into the exact same situation, giving his heart to a prostitute. But this time he finds her with his father, not just his guards, and that drives him to murder "the man who did that to him" as well as his onetime love. 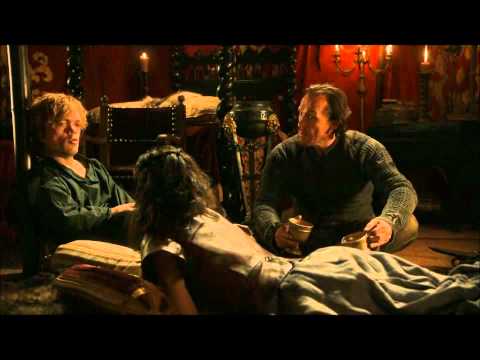 15 Great Anime With Virtually No Violence

Ranking The Best Seasons of 'Riverdale'

The Best Musical Artists From Georgia