19 LISTS In a Pineapple Under the SeaAbsorbent and yellow and porous!
Filthy Jokes You Didn't Get as a Kid Inside: the Making of the Series Every Christmas Episode, Ranked Crazy Good SpongBob Fan Theories The Show's Best Celebrity Cameos Favorite Characters Fan Theories About Patrick The Greatest SpongeBob Episodes Fun Facts About the Voices and Actors A Searing Indictment of Capitalism Very Dark Fan Theories About Rock Bottom Depressing Squidward Momens All-Time Grossest Extreme Zoom-Ins The Very Best SpongeBob Video Games SpongeBob Tattoos You Need Now Funny Memes to Get You Gigglin The Faces Behind the Voices The Theory About the Seven Sins The Absolute The Best Seasons
Photo:  null/Metaweb/CC-BY

When the creators of SpongeBob SquarePants put their hero in a pineapple under the sea, they wrote themselves into a corner. But because they did, we are blessed with hilarious SpongeBob logic that makes no sense pretty much all the time. There isn't exactly a surplus of logic in cartoons like Pokémon, or video games such as The Legend of Zelda, or, well, most forms of entertainment, but more than most there is some seriously flawed SpongeBob logic.

Some of the nonsense is so out there that it inspires insane yet believable fan theories – crabs don't generally father whales. The more likely explanation, though, is that there is no explanation. No one involved in the creation process concerns themselves with logic. And why should they? Thanks to their lack of diligence, their show is all the more hilarious.

Here are a bunch of funny SpongeBob memes that point out just how little regard Mr. SquarePants has for trivial things such as reality and physics.

1
Only Some Things Are Impervious To Water

Is this funny?
2
Strength Is Subjective 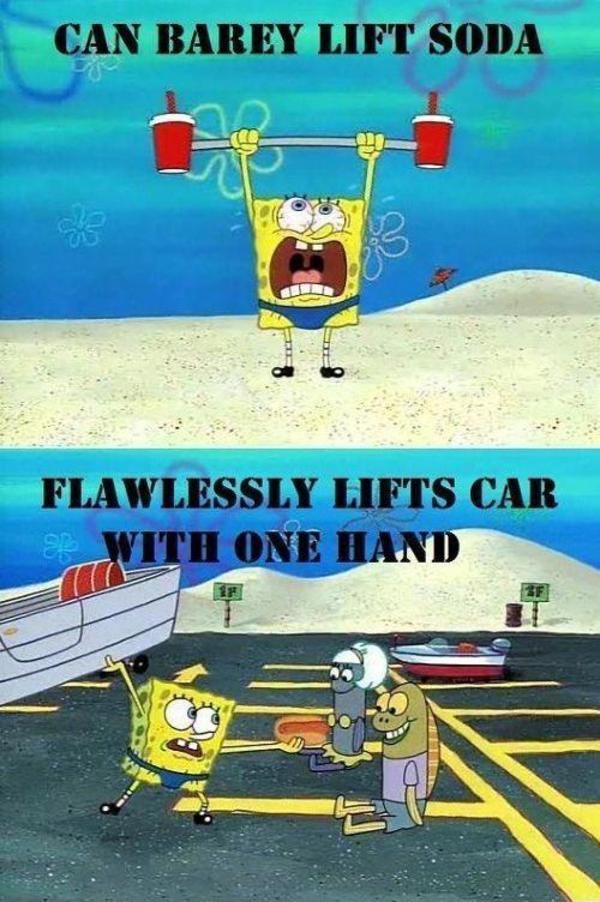 Is this funny?
3
Some Fish Can't Swim In Certain Types Of Water Under The Water In Which They're Already Swimming... Is this funny?
4
They Had To Get One Right... Kinda 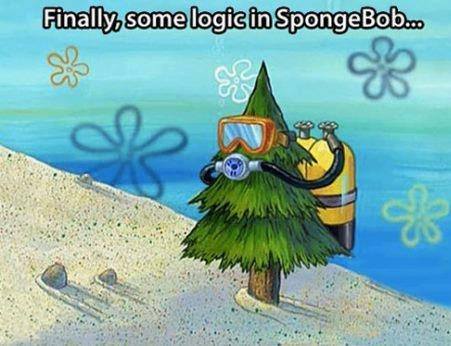