63 LISTS Game of ThronesExploring and ranking everything in HBO's epic fantasy series.
The Very Best Characters in the Whole Series All the Plot Threads the Show Just Abandoned Characters You Hate the Most Favorite Odd Couples Every Character's Arc Throughout the Series All the Couples in the Series, Ranked The Objectively Worst Decisions by Any Character Cersei's Most Evil Moments: A Retrospective Easter Eggs in the Whole Series Moments in the Last Season We Actually Liked Ranking the Show's Biggest Psychopaths Most Epic Insults in the Series Characters Who Should Go Every Season (So Far), Ranked The Show's Most Surprising Demises The Greatest Reunions in the Show's History Unforgettable Last Words Foreshadowing You Missed How the Hound Went from a Villain to a Hero All the Parallels with Real History
Photo:  HBO

Perishing is no stranger to HBO's Game of Thrones, and it certainly isn't selective. No one is safe, and while many beloved characters pass on the regular, some of the most despicable characters, who truly deserve it, occasionally get the axe (or the sword, or the wildfire, or the "golden crown") as well. This list of the most satisfying, best Game of Thrones deaths have been ranked by viewers from most satisfying and deserved, to least.

Some of the characters on this list definitely deserved it. Kraznys Mo Nakloz thought he could just buy one of Dany's dragons - and learned the hard way how that ends. King Robert might not have been the most hated character, but many fans weren't too disappointed to see him go. The Red Wedding was more shocking and devastating than deserved, but Robb did break his promise to the Freys, after all. And if Oberyn just stopped talking.

See someone on the list you don't think deserved their fate? Vote them down — and vote up the characters who were just the worst and whose passing left you feeling satisfied.

And, if you have a spare 49 minutes, watch this YouTube compilation of all the Game of Thrones passings up to Season 3.

Was this satisfying?
2
Joffrey Baratheon

#3 of 818 The Most Annoying TV and Film Characters Ever #466 of 1,608 The Greatest TV Characters of All Timefeaturing The Best Joffrey Baratheon Quotes

Was this satisfying?
4
Viserys Targaryen 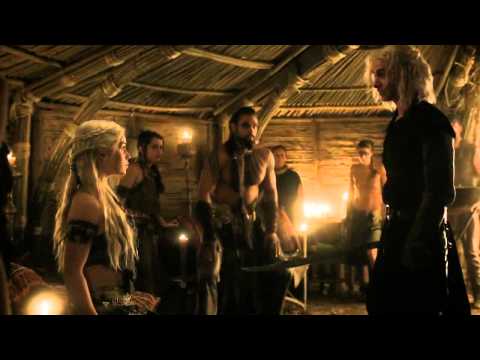