19 LISTS Guardians of the GalaxyLists about the Marvel Comics superhero team and its film adaptations.
Dark Things Changed for the Movies Their Greatest Villains The Whole Story of Groot Rocket Raccoon's Wild Backstory The Origins of Drax the Destroyer Fan Theories to Think About Star-Lord's Messed Up Backstory Spot-On GotG Cosplay Fan Theories About GotG3 Heartbreaking Moments in GotG2 Marvel Aliens Too Weird for GotG2 Adorable Groot & Rocket Fan Art Best Storylines in the Comics All the Members, Ranked Proof Star-Lord Has Always Been a Villain Quotes to Commit to Memory Meet the OG Guardians Gift Guide for the GotG Fanatic Connections to the Larger MCU
Photo: via Wikimedia

When it came to Hollywood movies, the Guardians of the Galaxy film was the biggest surprise of 2014. No one quite knew what this film might be. Was it some deep-geek Star Wars comic book rip off? Nope. The Guardians comic book actually came first. Was it an attempt by Disney to sell Rocket Raccoon and talking tree toys? Maybe... but the characters were amazing and it worked. Had Marvel finally lost it? Certainly not. But what really went on behind the scenes on this awesome comic book movie? And what fun Guardians of the Galaxy facts will you be surprised to learn?

The Guardians first premiered in the Marvel comic books way back in 1969, but you wouldn't recognize them now, as the team has changed drastically over the decades. For instance, characters like Groot and Rocket Raccoon didn't join the Guardians until much later. Since then, the Guardians have popped up in comics across Marvel's numerous comic book series fighting alongside the Avengers, the X-Men, and even the Fantastic Four. And with the surprisingly popularity coming from the blockbuster film, the Guardians even have their own animated series in the works.

We've decided to take a look through the layers of this crazy masterpiece and share with you things you may not have known about the Guardians. Did you know Chris Pratt almost wasn't even considered for Star-Lord? Do you know which It's Always Sunny in Philadelphia star almost got the role instead? Did you know the original actors for Gamora and Drax both turned down the project?

Director James Gunn said that Chris Pratt's audition was so good he didn't even have to lose weight if he couldn't and they'd just CGI him a six pack if they had to. Ironic, considering Gunn originally didn't even want to see Pratt for the role. Pratt got the audition because Gunn's assistant insisted. Gunn later said that within 30 seconds he knew the role was Pratt's.

2
Vin Diesel Recorded His One Line Over 1,000 Times
Vin Diesel recorded all of his "I am Groot" lines in several languages including Russian, Mandarin, Spanish, Portuguese, German, and French so they could use his real voice in every rendition of the film. In all, he ended up recording the line over 1,000 times.

3
The Soundtrack Made History
The film's soundtrack, Awesome Mix Vol. 1, reached number one on the Billboard charts, making it the first film soundtrack to ever do that without a single original song. The soundtrack was also nominated for a Grammy in the Best Compilation Soundtrack Album for Visual Media category. 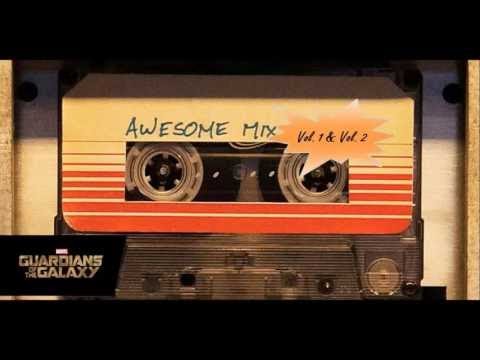 4
Getting the Part Made Dave Bautista Cry
When Dave Bautista found out he got the part he immediately broke down crying, then called to sign up for extra acting classes to prepare for the Marvel franchise.