Hardcore Henry movie quotes take viewers on a first person look at the action following one cybernetic supersoldier who fights to rescue his kidnapped wife. The science fiction action film was written and directed by Ilya Naishuller, who previously directed other first-person perspective short films. Hardcore Henry opened in theaters to rave reviews on April 8, 2016.

In Hardcore Henry, the title character wakes in a lab, seemingly resurrected from death and part cybernetic supersoldier, to a beautiful blonde, Estelle (Haley Bennett), who says she is his wife. While Estelle tries to put Henry's robot parts back together, their lab is ambushed by Akan (Danila Kozlovsky) and others, who, according to Estelle, are there to steal Henry's technology. Henry and Estelle flee, but soon are caught and Estelle is kidnapped.

Alone and with no memory, Henry seeks out to rescue Estelle and learn about who he really is. He finds some allies along the way (including Sharlto Copley, Tim Roth and Andrei Dementiev), but also runs into more enemies and is forced to survive in the unfamiliar city of Moscow. It's not pretty, but from a first-person perspective, it does make for a pretty wicked ride.

Hardcore Henry opened in theaters alongside other great spring 2016 films including Everybody Wants Some!!, Batman v Superman: Dawn of Justice, My Big Fat Greek Wedding 2, 10 Cloverfield Lane.
1
You Going to Lay There

Henry's Father: You going to lay there, swollen and blood in your mouth or you going to stand up and spill theirs?

When Henry is bloody and beaten down, his father appears to give him a pep talk. Henry's father urges Henry to get up and get even.

Should this be higher or lower?
2
I'm Here to Help You

Henry meets Jimmy who explains that they are on the same side. While Henry cannot talk, he can listen to Jimmy who tells him the situation and what is yet to come. 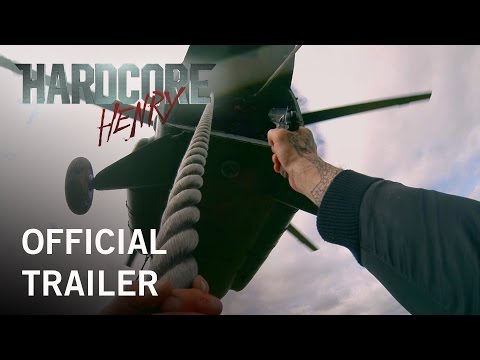 Should this be higher or lower?
3
Do You Remember

Estelle: Hello, Henry, do you remember how you got here? ... This next part might hurt... Squeeze... You and I were, still are, husband and wife. I love you Henry.

Henry wakes up in some sort of laboratory with a beautiful blonde. While he doesn't remember anything about his past, it appears that he's part robot and that stunner is his wife. Confusing but not horrible. 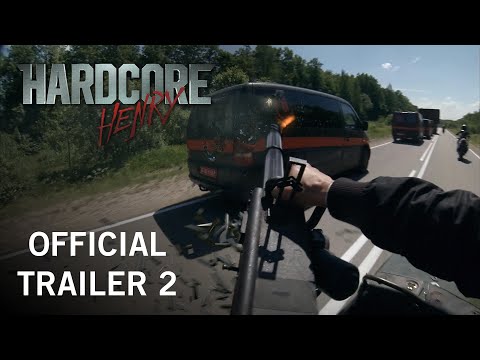 Should this be higher or lower?
4
Henry, Fight Back

Estelle: Henry, fight back! You're capable of more than you think.

After the escape pod Henry and Estelle use to flee the lab, they crash in the middle of a highway and are ambushed. The attackers kidnap Estelle, who urges Henry to fight back and cites that he doesn't know his own strength.

The Best Songs With Connection in the Title

The Best Survivor Contestants That Ever Played

TV Shows with More Nudity than Game of Thrones

Disturbing And Fascinating Facts About The 'Preppy Killer,' Robert Chambers