31 LISTS Horror Buff StuffAre you the "horror person" on your trivia team? Meet your new secret weapon: lists about everything even you don't know about scary movies.
Scenes That Were Cut for Being Too Disturbing Are They Really Psychopaths? Easter Eggs You Didn't Notice Fan Theories to Think About Confusing Endings No One Understands Don't Think About These Plot Holes Too Much Horror Films That Were Banned Films That Got People in Big Trouble How Directors Get You Scared Little Details That Gave Away the Ending The True Stories They're Based On Famous Actors in Old B-Movies These Sets Were Just as Scary as the Movies Plot Holes We All Ignore What You Missed in the Background Unforgivably Pretentious Underrated Last Girls Standing Movies Based On Kids' Nightmares These Movies Got Way Too Much Attention The Early Days of Every Tired Horror Trope
Photo:  Ready or Not / Fox Searchlight

Horror movies aren’t known for having happy endings. They’re meant to be unsettling, and to leave viewers rattled long after they step out of the darkness of the theater. However, there are a handful of horror films that almost had darker endings than what made the final cut.

Alternate endings in horror films usually come about when an audience finds the original ending to be too bleak, or when an ending is so shocking that it has to dialed back in order to leave viewers with some semblance of sanity. Many horror movie alternate endings are either reshot in response to a super depressed test audience, or are filmed during the original production, then cut after the filmmakers realized that their initial, unforgiving vision was too heavy.

Get Out has one of the most intense movie endings in recent history. Chris (Daniel Kaluuya) escapes a basement chamber just before his body is jacked by a blind art dealer, and sets out to free himself from the rural neighborhood where he's been trapped.

If that isn't bad enough, Chris then has to eliminate his girlfriend. As he's finishing the job, red and blue lights begin flashing behind his head, signaling the arrival of the authorities. Luckily, it's just his security guard buddy Rod (Lil Rel Howery), who adds some levity to the situation.

That's not how the movie was always going to end. Initially, the actual police were supposed to show up in place of Rod, and the film ended with Chris in jail, unable to convince anyone of the truth. Director Jordan Peele felt that this ending wasn't as gratifying for viewers, so he decided instead to end the film on a hopeful note.

He made a wise choice, as all the horror of the original ending is encapsulated in the moment when viewers first see police lights. 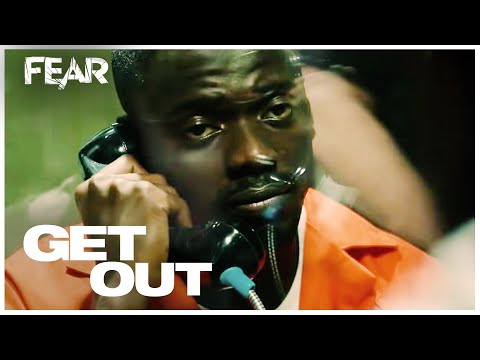 Ellen Ripley is a fan favorite of the Alien saga, but the heroine of the franchise was almost offed in the first installment. There were hiccups surrounding the character of Ripley throughout development and production. Initially, Ripley was supposed to be a man, but producers Walter Hill and David Giler rewrote the role for a woman.

The script warped and changed, and at one point, director Ridley Scott asked for more money to shoot what he called his "fourth act," which was Ripley's demise at the mouth of the terrifying extra terrestrial. The alien was then going to record a last entry in Ripley's log by parroting her voice as the film faded to black.

Paranormal Activity had a multitude of alternate endings, each of which are more horrifying in the next. Micah Sloat, who stars in the film as Micah, told Entertainment Weekly, "There were a lot of different endings... We could probably do a choose-your-own-adventure DVD of the entire movie, we have so many separate story threads that didn't make the final cut of the movie for whatever reason."

In the first cut ending, the possessed Katie is taken out by police after she slays Micah. This ending didn't make the cut simply because Paramount didn't want to lose a powerful entity after one film; getting rid of the demon would have prevented the massive Paranormal Activity franchise that exists today.

Another ending had a possessed Katie come into the bedroom, smile at the camera, and then slit her throat. An additional ending that was never filmed shows a possessed Katie bashing Micah with one of his cameras.

The 2013 remake of Carrie isn't exactly a fan favorite, but this creepy alternate ending may change some people's opinions. The ending that makes the final cut of the film shows Carrie's tombstone cracking. In this ending, we see Sue as she is giving birth in the hospital. Something doesn't seem right, and an adult-sized hand bursts from inside her.

It turns out it is just a horrifying dream, but it insinuates that her baby may be Carrie reincarnated. 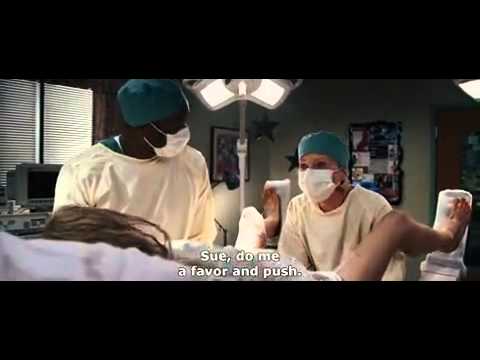