Obscure '70s Films You Should Know
The Scariest Non-Horror Movies
Shocking Endings That Got You Good
Thrilling Horror That Barely Lets You Breathe
The Best Horror Films Ever Made
Cheap Twists That Still Got You
Horror That Is Oh-So-Clever
Unforgivably Pretentious
Scariest Set-Ups in Horror Movies
Supernatural Horror Kids You Don't Wanna Meet
When Horror Franchises Lost Their Grooves
The Most Utterly Terrifying Figures
The Dumbest Decisions in Horror Movies
Nastiest Decapitations
Movies with Gifts Gone Wrong
Cursed Objects to Stay Away From
Slasher Movies That Are Pretty Freakin' Smart
Analysis of Your Own Horror Habits
Scary Monsters You Don't Want After You
The Creepiest Kids in Horror Films
Photo:  Fox Searchlight Pictures

In 2017, a list of the top 10 scariest movies on Netflix was released by the streaming service, showing that many of their viewers aren’t ready for the numerous scares offered up on demand. It’s interesting to note the movies deemed "too scary" to finish are kind of all over the place in terms of the genre. There are moody explorations of what it means to be a woman, run-of-the-mill ghost stories, and body horror that will make you shudder every time you look in the mirror. So it’s hard to say what freaked out audiences so much it made them switch back to binge-watching The Office for the 20th time.

Paul Tassi of Forbes managed to get viewing data from Netflix that showed viewers turning off around the 70% mark. The streaming service claims this is how they can tell the audience is too scared to finish the movie, as opposed to just turning it off because they were bored. Netflix believes that if someone sits through most of a horror movie, the only reason they’re not finishing it is because it’s too much for them. The truth is anyone's guess, but it’s worth diving into to see what scenes are really affecting viewers.

Data-driven recommendations based on voting from over 40 million monthly visits to Ranker. Try the free app
1
The Conjuring

Out of all the films on the Netflix list, The Conjuring is the closest match for a classically classified horror movie. Despite being considered popcorn fare, The Conjuring is a masterclass in horror by James Wan. The director uses lengthy shots, forced perspective, and good, old-fashioned jump scares to freak the audience out while telling the story of a haunted family and the investigators trying to help them. 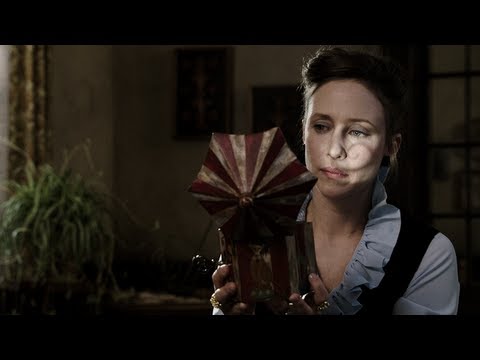 #68 of 250 The Best Psychological Thrillers of All Time #22 of 816 The Best Horror Movies Of All Time Why Do People Stop Watching 'The Conjuring' At The Moment Lorraine Falls Through The Floor?

This anthology of horror films from Mexican filmmakers is the perfect international addition to the slate of movies like V/H/S and XX. Each short offers viewers a different reason to sign off when things get too intense, or just utterly weird. Every short in this collection goes out of its way to show you something you can't unsee.

The initial thought that comes to mind when seeing the sequel to The Human Centipede on this list is "Why are you lying Netflix? No one watched this movie." But that would be ignoring the cultural curiosity that surrounds this series of films about various people trying to sew people rear-to-mouth in order to make a human centipede.

This film is a Rorschach test for what grosses you out.

Coming from Canada, The Void is the 2016 installment from Astron-6, a filmmaking crew that traffics in a variety of genre films, all of which are well worth your time. The Void is the most overtly horror of their oeuvre, and it includes nods to horror classics like Hellraiser and the stories of HP Lovecraft.

The story follows a local sheriff as he finds himself in the middle of a cult ritual that's meant to merge our universe with a monster universe where no one has any skin and pyramids float in the sky.

Famous Hermits And What They Did Out There

The Scariest-Looking Dogs in the World