In popular culture, zombies are everywhere, but that doesn’t mean that all living dead are created equal. In fact, there are myriad types of zombies. The craze started with the Bela Lugosi (he wasn’t just Dracula) movie White Zombie in 1932, a film rooted in Haitian zombie folklore. However, most zombies in movies and zombies on TV use the conventions from George A. Romero’s black and white 1968 cult classic Night of the Living Dead. But not all zombies feed on their victims, and some can even run really, horrifyingly fast. There are all types of zombies on movies and TV.

There are many differences between types of zombies. Some are victims of a voodoo curse, others are the result of a rapidly spreading virus, and some are just victims of the standard zombie bite. Zombies can trudge around slowly and lack the ability to reason or think, or they can move faster than the blink of an eye and can adequately use a weapon or open a door.

And even though we traditionally think of the walking dead as mindless creatures who desire nothing more than to feed on brains, many of the films here are rich with metaphor and contain symbolic meaning of zombies. For example, Night of the Living Dead is just as much a critique on America’s involvement in the Vietnam War as it is about scary monsters.

Let's learn, then, about all the different kinds of zombies.

The initial outbreak of what is called the "Rage" virus begins when an infected chimpanzee bites an animal rights activist attempting to free the animal. The blood borne virus spreads very quickly among the population. It is highly contagious through blood and saliva, and within 28 days the entire society where the film takes place has completely broken down.

The "infected," as they are called in the film, are beyond violent. They are voracious, brutal, and full of a bottomless well of anger, hence the name Rage virus. They also have lightning-quick reflexes and can run very fast. The infected are not quite dead, they are still alive and they don't appear to decay, but they seem to lack intelligence beyond basic motor function. They don't attack victims for food, instead their goal is to spread the virus.

There are instances in the film where we see the infected retain the ability to open doors and windows, so they are not completely mindless. For example, one infected man was able to operate a piece of machinery that was used when he was human. They do not have any super strength, but their adrenal glands are working overtime. Therefore, they are much stronger than the average person. Similar to other fast-moving zombies, the incubation period between a person getting bitten (or coming in contact with an infected's bodily fluid) and the infection taking over is almost immediate, 10 or 20 seconds. So, just a single infected individual can quickly spread the virus in a large group.

An infected can be killed any way you can kill a normal human, not just with a blow to the head. However, it is difficult to kill an infected because they are so relentless and hyped up on adrenaline. 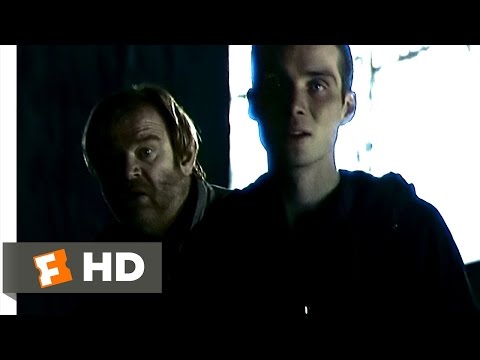 The TV series has not broached this topic, it remains a mystery. In fact, the characters really never discuss the origins of the zombie outbreak. Their primary concern is about survival.

Additionally, every single person who dies becomes a Walker, as along as their head is intact. There have been instances, however, when a person was saved after getting bit. For example in an episode from Season 3, Hershel gets bit in the leg by a walker and Rick is able to save him by quickly amputating his leg before the virus spreads to the rest of the old man's body.

"The Walkers" as they are typically called by the main group in the series, are slow movers and they follow the standard conventions of the flesh eating Romero zombie. They work best in groups, when the sheer number of them can overtake a victim. They do not talk and are not at all intelligent. It seems to take hours for a human to turn.

The Walkers will only die from a direct blow to the head. 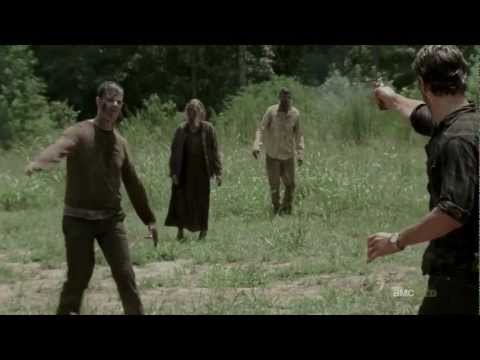 #3 of 802 The Best TV Shows To Binge Watch #12 of 52 Which Nerd Favorite Has The Most Annoying Fans? The Most Brutal Kills on The Walking Dead

3
Dawn Of The Dead

We never find out who "patient zero" is or the exact source of the zombie plague. However, it is revealed that the plague only spreads when a victim gets bitten by an infected. This is different than the original Romero film, in which every person becomes infected after they die.

Unlike the original film, the zombies in Snyder's version move very fast, and are actually quite graceful. As with most fast-moving zombies, the incubation period is very short, so victims will reanimate within minutes after death. They are also extremely violent, and behave similarly to the living dead inflicted with the Rage virus from 28 Days Later.

A blow to the brain. 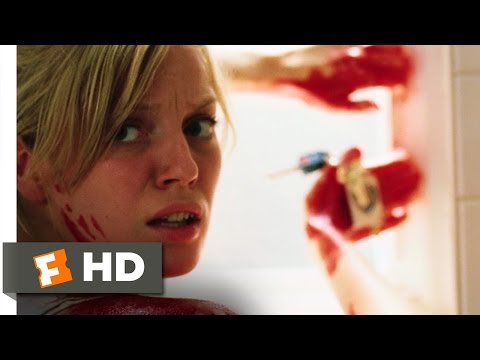 More Dawn of the Dead ❯

The exact origin of the epidemic is never really explained. The film's source material hints that it began in China, perhaps as a result of the country experimenting with biological warfare, according to Redditor u/Fellowship_9. The virus is spread by an infected person biting a victim.

These particular zombies can run fast. Really, really fast. Additionally, the zombie incubation period - the time between getting bitten and turning into a zombie - is typically less than 15 seconds. They have a pack mentality based on animal behavior. For example, in the above clip from the film, the zombies climb on top of each other in order to get over a wall, not unlike some species of ant.

Their entire purpose is to propagate the virus. They don't even eat their victims. In appearance, they look like the traditional Romero-style decaying zombie. The creatures also have an interesting compulsion to only go after healthy people. The gravely ill or seriously injured are completely ignored.

A good ol' shot to the head. 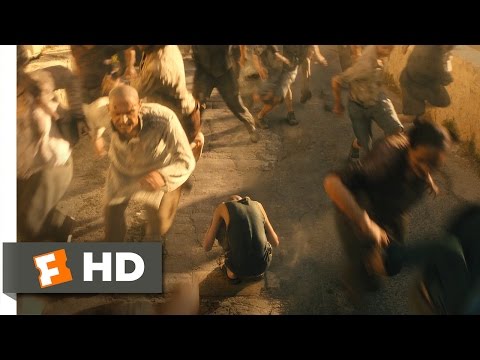 13 Dark Hey Arnold! Fan Theories To Cast A Football-Shaped Shadow Over Your Childhood

The 12 Most Awkwardly Empty Concerts Ever