17 LISTS Boy I Tell You HwatLists celebrating Mike Judge's animated TV show, which aired on Fox from 1997 to 2009.
Fan Theories about Hank The Greatest Episodes Ever Shockingly Dark Moments Tales from Behind the Scenes Who Is Bobby's Real Father? Dale Knew Nancy Was Cheating Bobby Is a Progressive Hero Boomhauer Is a Secret Spy Times the Show Made Some Really Great Points Greatest Dale Gribble Quotes Dale's Paranoid Conspiracy Theories When Hank Was Proud of Bobby The Very Best Holiday Episodes Fan Tattoos You'll Want, Too Favorite Characters Every Season of KotH, Ranked Greatest Hank Hill Quotes
Photo: Fox
From 1997 to 2010, the world was gifted with 259 episodes of King of the Hill, spread across 13 seasons. So what happens when a show has such a lengthy, successful run? Well, among other things, fan theory starts to pop up about it. King of the Hill is no exception to this rule, and King of the Hill fan theories run a wild gamut, from plausible and mildly amusing to batsh*t insane. Perhaps you have some of your own King of the Hill theories. Read on to see whether your ideas measure up to the other fan theories about King of the Hill out there.
1
Peggy Suffered A Serious Brain Injury, Giving Her Narcissistic Personality Disorder

Sometimes, a new perspective comes along that completely changes how you view a show. Such is the case with this paradigm shifting theory from Redditor ZiggyPlaffyLA. Basically, they suggest that when Peggy suffered a near-fatal skydiving accident in the Season 3 finale "As Old as the Hills..." she actually suffered permanent brain damage.

From the start of Season 4 on, Peggy is decidedly more narcissistic and dismissive of others. Her rudimentary Spanish language skills also seem to deteriorate. Therefore, it's apparent that Peggy's injury radically altered her personality.

Is this plausible?
2
Someone Figured Out Arlen's Exact Geographic Location

The real world analogs of fictional cartoon locations has long been an obsession for fans. Whether it's trying to figure out where Springfield is or determining how close South Park is to Denver, people are inextricably driven to locate animated hamlets.

Given the idyllic nature of Arlen, TX, it's no surprise that fans of King of the Hill want to figure out how to visit. One intrepid Redditor, Phib1618, thinks that they have cracked it:

"As a Texas resident I have always wondered where in Texas the show is set. Now, I've read all the other theories about the location and things Mike Judge has said, like that it's based on Garland, and inspired by Humble, or that the zip code (78104) is Beeville.

But recently, I noticed something I never had noticed before in the episode "Meet the Propaniacs". They give us a map right on the screen with the location of Strickland Propane.

Apologies for the crude quality, but here is a breakdown, image by image, of how I found the location.

The animated map of Texas is a little bit inaccurate, but from what I can tell it looks like the location is in Bosque county. The biggest city in Bosque county is Clifton, which also has a start park with a lake near by, and a major river. Both of which are oft-visited locations in the show.

Houston is about 3 hours away, as Kahn stated it was in one episode and Clifton is pretty central to Dallas, Wichita Falls, and Austin, just as the town of Arlen seems to be.

I know that there isn't one specific town that Arlen is based on like Mayberry, NC from The Andy Griffith Show is based on Mt. Airy, NC but I think that, geographically speaking, Clifton could be the place.

Is this plausible?
3
Dale Knows Joseph Isn't His Son And Intentionally Plays The Fool

There’s a running joke on King of the Hill that Nancy Gribble, Dale’s wife, has a long-running affair with John Redcorn. It's common knowledge that Redcorn is the biological father of Nancy and Dale's son, Joseph. While many assume Dale is simply too dumb to realize this, Redditor OriginalName18 suggests Dale is well aware of the situation, and playing his cards close to his chest.

“While Dale might not be the sharpest tool he caught on immediately to what was going on. The man is beyond paranoid to the point where he thinks the government and aliens are keeping tabs on him. Why wouldn't he be suspicious that his attractive wife might be deceiving him? That sounds right up his alley. He often questions what his wife sees in him in the first place. He knows Joseph doesn't resemble him in the slightest. Dale might not be that bright but I don't he's so dumb he doesn't see that Joseph looks more like the massage therapist that's been frequently visiting his wife for years. He has a spiritual hallucination where he was lying in bed with his wife but she had the head of a mantis and decapitated him representing revelation. Honestly I think he knew right from beginning.

So if Dale knew this why didn't he do anything about it? Because he has a perfect life that he doesn't want to jeopardize it. He is a great father and loves Joseph sincerely. His wife pays a majority of their finances so he can have his own business. He lives close by to his best friends and doesn't want to relocate. Hell he practically witnessed first hand how Bill's divorce completely destroyed him and doesn't want to share a similar fate. Dale also loves taunting Redcorn with his relationship with Joseph knowing all to well that Redcorn wants to be in his son's life. Its a secret fuck you that he thoroughly enjoys. I also don't think Dale was the type of guy who was ever good with women and would rather be in a bad marriage then no relationship at all.

Dale often jokes to his friends about how Joseph is an alien or creates other bizarre stories to see his friends reactions. He's disappointed that they know and refuse to tell him but he knows he can't call them out on it. Better to play the fool then the broken loser. This also explains why he hates Peggy Hill so much (besides the fact that she's annoying). Peggy was literally the last person to find out about the affair and came close to telling him. Dale must have been like "Finally someone is actually decent enough to tell me the truth" but then Peggy quickly changes her mind and Dale is pissed because unlike the others who decided in group what not to do Peggy was alone and could have been the only one in the neighborhood to shine some light.” 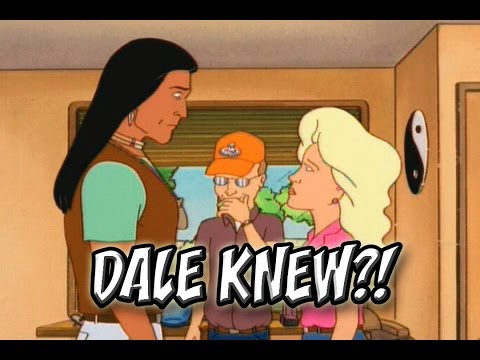 Is this plausible?
4
Cotton Has A Narrow Urethra

Throughout the series, Cotton Hill pokes fun at his son, Hank, for having a narrow urethra, while bragging about his own. Redditor Clickwerk concocted a theory about the actual size of Cotton's urethra.

The four very valid points of this theory are as follows:

"1) Cotton only has 3 kids after boasting about how often he has had sex.

2) Cotton has been known to brag about himself but leave out his shortcomings several times throughout the show.

4) Cotton treats the birth of GH as more of a miracle than his first son." 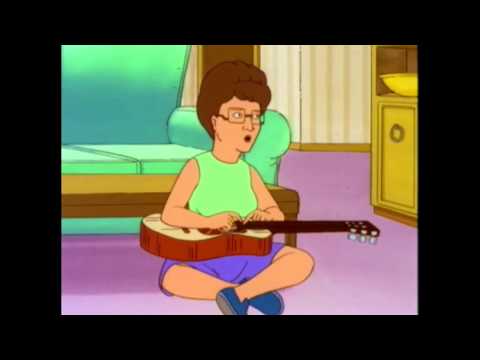