30 LISTS Welcome to Middle-EarthLists about the Lord of the Rings trilogy books and movies, The Hobbit, and everything else in J. R. R. Tolkien's beloved universe.
Big Moments Left Out of the Films Hobbits Who Make the Best Companions Fun Facts About the Film Series Wardrobe Secrets from Behind the Scenes Fan Theories to Think About The Cast: Where Are They Now? Favorite Characters The Names of Every Hobbit All the Rings and What They Do Behind the Scenes of the Franchise Precious Tattoos You'll Want, Too Gandalf Never Did Much Magic The Best Insults from LOTR Things Book Fanboys Hate About the Movies The Funniest Memes in All of Middle-Earth A Quick Course for Casual Fans Unbelievable Fan Art Um, That Seems Super Racist LOTR Film Sets You Can Visit Coolest Characters
Photo:  New Line Cinema

Everyone goes into a film adaptation of a novel expecting some divergence. For the most part, director Peter Jackson was true to Tolkien's beloved tale and expansive universe when he made the Lord of the Rings trilogy. Even so, there were things left out of the Lord of the Rings films, and a few of the lost details are rather massive.

While some devout readers hate the LOTR movies for these changes, a number of the creative choices Jackson and co-writers Fran Walsh and Philippa Boyens made are understandable. But some revisions make the story more convoluted, leaving fans to wonder what went into those decisions. Most people were probably okay without the ever-singing Tom Bombadil, but the final battle at the Shire was more sorely missed. With more than nine hours of screen time, it's amazing how many important details Jackson's LOTR trilogy is missing - and knowing the full story leads to a better appreciation of Tolkien's genius.

As a Ranger of the North, Aragorn's job entails more than just wandering around. He is a descendant of the Dúnedain, an ancient race of Men whose purpose is to stalk the free lands, smiting evil wherever they can. They are superior warriors and live three times as long as normal humans, which explains why Aragorn is 87 years old in the movies despite looking relatively young.

In the books, Aragorn is the leader of the Rangers of the North, and the Grey Company (a division within the group) assists him throughout the War of the Ring. From The Two Towers on, the Grey Company supports basically everything Aragorn, Gimli, and Legolas do, but the group is totally absent from the films. 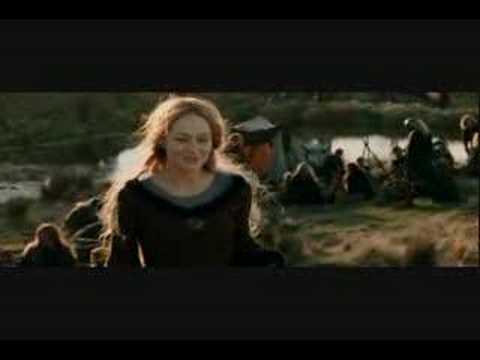 Should this be in the movies?
2
Merry Loses His Invaluable Barrow-Blade In The Films

While exploring the hallowed Barrow-downs in The Fellowship of the Ring, Tom Bombadil helps the Hobbits find several Barrow-blades, ancient daggers crafted by the Dúnedain. They forged these special weapons to conquer evil, and the Fellowship's eventual triumph over the Witch-king of Angmar (the leader of the Nazgûl) is only possible because of the Barrow-blades.

In the films, Aragorn gives the Hobbits their Barrow-blades, since the adventure through the Barrow-downs never happens. But Merry and Pippin lose their daggers when they're captured late in the first film, and they're never explicitly seen retrieving them. For this reason, when Merry and Éowyn later succeed in killing the Witch-king, it doesn't make much sense.

While the movies accurately depict how the heroes slay the Witch-king, they shouldn't be able to kill him - the weapon Merry stabs him with was not created by the Dúnedain to vanquish evil. This inconsistency led some fans to speculate that in the films, the Witch-king is temporarily disabled, but not fully killed.

Should this be in the movies?
3
The Ents Don't Go To War During The Entmoot

In the film version of The Two Towers, Merry and Pippin make a concerted effort to convince Treebeard and the Ents that they need to destroy Saruman. Somehow, these ancient spirits of the forest are completely oblivious to the evil wizard actively destroying their home. They hold their Entmoot, but ultimately decide not to go to war.

In the books, the Ents are much more willing to go and stand up to evil, and are totally down to engage in brutal warfare. Their decision isn't influenced by Hobbit coercion - Treebeard and his allies are already committed to the cause.

Should this be in the movies?
4
The Shire Isn't Taken Over By Saruman At The End

In the movies, the Hobbits live happily ever after (for the most part) once the War of the Ring ends, but that's not what happens in the books. Originally, Frodo and his fellow Hobbits return to the Shire to find it's been overrun by Saruman (operating under the name Sharkey) and his cronies. They're thrust into the Battle of Bywater, wherein the four returning heroes lead their fellow Hobbits into battle against Saruman.

Considering how long the extended cut of The Return of the King already is, it's no surprise this part is missing from the film. But the vision Frodo sees in the Mirror of Galadriel does allude to it.