46 LISTS Marvel on the Big ScreenWhat's your favorite Marvel movie? Character? Villain? Moment? Let's rank 'em.
Easter Eggs from Every Movie Obvious Fan Service Moments We Still Love Things in the Collector's Collection The Saddest Death in MCU History Scenes Less Brutal Than the Comics Actors Who Were Almost Cast Who Are the MCU's Dumbest Characters? The Funniest MCU Characters Deleted Scenes You Wish Made the Final Cut Best Villains in the MCU The Best Films Based on Marvel What to Know About Celestials The Worst Marvel Movies Ever Made The Best Actors in Marvel Movies MCU Moments That Actually Made You Cry Most Annoying Romances Weird Ways Films Influenced Comics Best Actors in the Superhero Movies The MCU's Most Shocking Reveals The Ages of All the Characters
Photo:  Walt Disney Studios

The Marvel Cinematic Universe is booming at the box office and entertaining millions of moviegoers, but there are still several plot holes in Marvel movies. In trying to tie all the films together, Marvel movie plot holes are bound to happen, but some leaps in logic are harder to swallow than others.

While many Marvel film plot holes are forgivable, there are some Hulk-sized holes that are too big to overlook. Here is a list of the some of the worst plot holes in Marvel movies. Vote up the narrative issues in Marvel Studios films that actually bug you. And if you're looking to pick apart Endgame, we have a list solely dedicated to all the plot holes in Avengers: Endgame.

1
Do The Avengers Know That Agent Coulson Is Alive?

Agent Coulson's death in The Avengers helped bring the team together, but now that Coulson is alive, do the Avengers know? Joss Whedon, director of The Avengers and Avengers: Age of Ultron and creator of Agents of S.H.I.E.L.D., considers Coulson to be dead in the movies. But in the show, Coulson's revival is supposedly kept secret from Thor the Avengers. How is that possible?

In S.H.I.E.L.D., Coulson carries out missions with Thor's Asgardian friend Sif, so does she keep that a secret from Thor? After Coulson clears undercover Hydra agents from S.H.I.E.L.D., how do Black Widow, Hawkeye, and Cap not know about him?

Is this too glaring to ignore?
2
Extremis Can Rebuild The Human Body, But Is Never Used Again

In Iron Man 3, the Extremis solution can regrow limbs and heal human tissue from nearly any injury. So why hasn't Tony looked into that? It saves Pepper Potts, for crying out loud!

Instead of burying it in the archives, why not perfect it and use it to help heal his allies? Surely a man who can synthesize his own elements can perfect this new breakthrough and use it for the good of all mankind.

Is this too glaring to ignore?
3
Does Cap Really Need To Stay On The Plane To Wreck It?
It's brave of Cap to crash the plane that would've destroyed New York in Captain America: The First Avenger, but it's also completely unnecessary for him to stay inside. He knows enough about flying to put the plane into a nosedive, so why not grab a parachute and jump out? Or just jump out since the super-solider serum would likely allow him to survive? Or just turn the plane around until a better solution is found? He'd live a full life in his own time if he would just do a little thinking instead of talking about dancing. 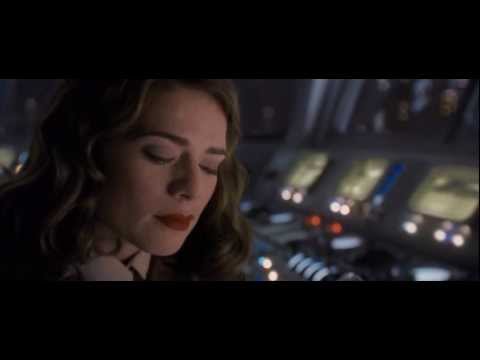 Is this too glaring to ignore?
4
Why Does Thanos Give Up The Mind Stone?

So Thanos's big goal is to collect all the Infinity Stones to achieve godlike power, right? But he needs help collecting the Tesseract AKA the Space Stone from Earth. So he gives Loki a powerful scepter that contains one of the stones to retrieve it. Why would Thanos do that?

If he's trying to collect and protect the stones, why would he risk unnecessarily losing one to gain another? In fact, he does lose it! The Mind Stone he gives to Loki ends up embedded in Vision's forehead. So now he has to recover that stone and the Tesseract. For an intergalactic tyrant, he sure isn't that smart.