First appearing in the spring of 1999, Digimon has been around longer than some anime fans have been alive. Since its inception, there have been six seasons, multiple video games, movies, comic spin-offs, and a sequel series called Digimon Adventure tri. Even with all that material, there are still some plot holes that need filling, and that's where Digimon fan theories come in. Fans from all over the internet have unique and interesting views on how things really went down in the Digital World, and what different aspects of the series might allude to. Are the Four Dark Masters actually supposed to represent the Four Horseman of the Apocalypse? Are Digimon secretly corrupted Pokémon files? And what's up with the Digital World, anyway?

1
Each Digimon Name Is A Class File

Have you ever wondered why all the Digimon's names end in the suffix "-mon?" It could simply be because Digimon is a portmanteau of "digital monsters" but it could be for another, more intriguing reason.

According to Redditor /u/TheRealQwade, "-mon" isn't a suffix at all, but the name for a class file, like ".docx" or ".mp3." Each Digimon name is actually a file that contains all the information and attributes necessary to run each species' specific "program." So, Agumon isn't really Agumon, but "Agu.mon."

This way of thinking also impacts the Digimon's attacks and evolution. Rather than natural behaviors, these are functions coded into the class file.

Is this plausible?
2
The Digital World Is A Multiverse

Each season of Digimon has a slightly different take on reality, so much so that you might guess they're actually different versions of the same world.

YouTube user Viewer Online101 provides an in-depth explanation of this theory. Not only do these extra layers exist, but each one is connected with its own version of the real world. Crossover between different worlds is possible; for example, Ryo Akiyama exists both in Digimon Adventure and in Digimon Tamers, a world where the characters from Digimon Adventure are fictional. In Digimon Fusion, characters from multiple Digimon universes join up to defeat Quartzmon. Yggdrasil connects all versions of these worlds, and governs them all. 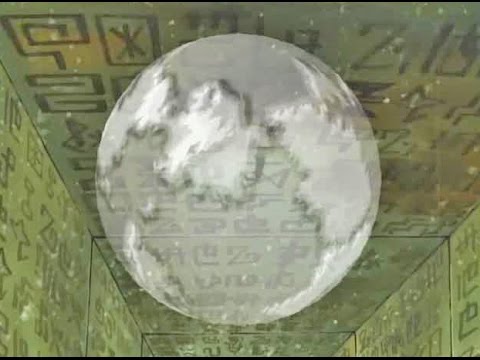 Is this plausible?
3
The Four Dark Masters Are The Four Horsemen Of The Apocalypse

While Biblical allusions aren't nearly as common in anime as they are in Western media, it's certainly not impossible for them to be included. The last villain the Digidestined fight in the first season is a creature called Apocalymon, who wishes to completely destroy the Digital World. The connection between Apocalymon and the apocalypse may seem obvious, but what's not so obvious is that the Four Dark Masters, who came before Apocalymon and can DNA Digivolve to become him, may be references to the Four Horsemen of the Apocalypse. The horseman served as warning signs for the end of the world.

According to blogger LaRanda Westbrook, each Dark Master can be assigned to a specific Horseman. The White Horseman is a conqueror, which matches him to MetalSeadramon, who ruled the sea. The Red Horseman can eliminate peace and cause people to turn against each other, which is exactly what Machindramon does when he creates his own army of Machine Digimon and forces formerly peaceful Digimon to fight each other. The Black Horseman can create famine by controlling the food supply. Puppetmon doesn't specifically control food, but he does physically take control of other Digimon's bodies, forcing them to act out his will. Finally, the Pale Horseman represents death, and is the most powerful signal for the coming apocalypse – just as Piedmon is the final and most powerful enemy before Apocalymon.

Is this plausible?
4
The 02 Finale Was Thrown Together At The Last Minute

To many Digimon fans, the 02 finale doesn't make a lot of sense. Many of the character's careers are illogical and seemingly random, their children look like clones, and the end-game pairings are largely disconnected from what actually happens in the series. Why is the ending so unsatisfying?

Some fans think the real ending was a prequel to the third Digimon series, Digimon Tamers, but because the network was unsure if the series would be greenlit or not, a new ending had to be thrown together at the last minute. Had the production team actually had a chance to put genuine effort into the epilogue, the kids might have gotten more interesting designs, and Matt might not have been an astronaut.