25 LISTS Drinking, Drunk, DrunksLists about drinking alcohol for people who love drinking alcohol.
Things to Avoid When Drunk Movies Are Weird About Drinking The Best Songs About Being Drunk The 11 Types of Drunk People Different Alcohols, Different Buzzes? Famous Men You Want to Have a Beer With Things to Know About Four Loko Alcohol Made from Weird Things Things to Never Do While Drunk Already Drunk? Watch These Movies! Great Movies for Drinking Games Great Reasons to Drink at Home Memes Drinkers Will Relate To Drunk Snacks Around the World How to Sneak Booze into Any Event Best Drunk Foods in America The Funniest Shows to Watch While Drinking Best Rap Songs About Alcohol Weird Laws Around the World TV Drinking Buddies
Photo: Metaweb/GNU Free Documentation License
"The problem with some people is that when they aren't drunk they're sober."
﻿

﻿
These are some of our favorite, most lovable TV drunks. Famous drunks: cartoon characters, ad men, a shoe salesman, even a kindergarten teacher – they are all proof that it's OK to enjoy the results of a good fermentation process. This list of alcoholic TV characters includes some of the greatest TV characters of all time, because hey, boozehounds are people too. Vote for your favorite drunk TV characters and see if you recognize all of the TV alcoholics on this list.
1
Homer Simpson

"Beer: The cause of, and solution to, all of life's problems." --Homer Simpson

Homer was the original cartoon drunk (well, the first one with his own show). He consumes so much beer that his bartender, Moe, is a regular character and his favorite brew, Duff's, is probably better known to some than his perpetual infantile daughter's name (seriously, people never remember it).

BEST OF HOMER BEER QUOTES
"I've figured out an alternative to giving up my beer. Basically, we become a family of traveling acrobats." When the Simpsons are low on money and have to cut back on things like beer.

"Now son, you don't want to drink beer. That's for Daddies, and kids with fake IDs."

"I would kill everyone in this room for a drop of sweet beer." 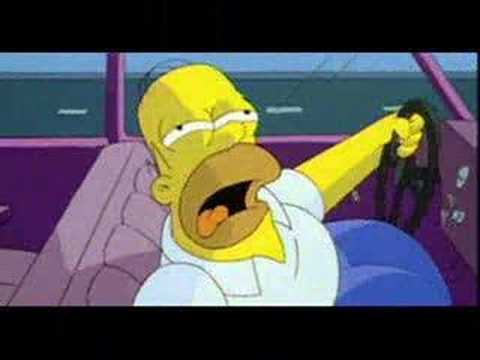 TV's most beer-crazed lovable teddy bear, Norm Peterson is a man of few words but with a strong appetite for the brew. This show takes place in a bar... AND HE IS ALWAYS THERE.

Watch the video to the left to see Norm and Cliff sing some sparkling renditions of "Lollipop."

SAM: What do you know there, Norm?
NORM: How to sit. How to drink. Want to quiz me?

SAM: What'd you like, Normie?
NORM: A reason to live. Give me another beer.

WOODY: How would a beer feel, Mr. Peterson?
NORM: Pretty nervous if I was in the room.

WOODY: Hey, Mr. Peterson, what's up?
NORM: The warranty on my liver.

COACH: What would you say to a beer, Normie?
NORM: Daddy wuvs you. 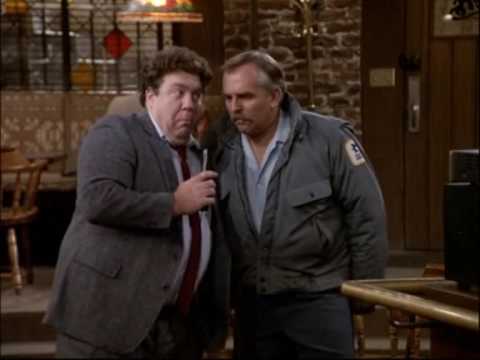 Lovable or not?
3
Bender

Bender from "Futurama" not only loves smoking, drinking, gambling, and treating others like crap, but the circuits of his robot body are LITERALLY fueled by alcohol.

To add to the point, his name is BENDER. As in, going on a Bender. We actually just recently put that together.

Bender's pretty much miserable when he doesn't get to drink, a true sign of an alcoholic, and often says things such as, "What kind of party is this? There's no booze and only one hooker."

Much like the majority of the people on this list, he's mostly a piece of crap, but we love him because like most TV alcoholics, we don't have to be around him and he makes us laugh. 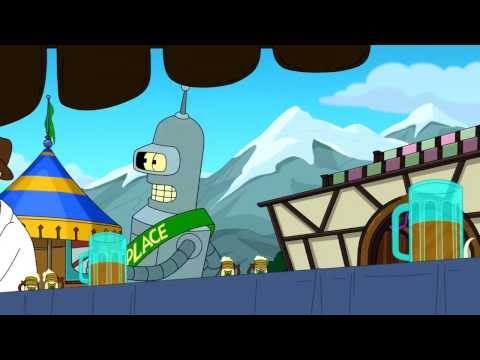 4
Al Bundy
A fan of "Girlie Girl" beer, Al once held a meeting of NO MA'AM (National Organization of Men Against Amazonian Masterhood) when Yoko Ono appeared on the beer's label.

Episode: Top of the Heap