52 LISTS Live from New York!Lists about Saturday Night Live cast members, hosts, musical acts, and backstage antics of America's favorite sketch comedy series, airing from 30 Rockefeller Plaza since 1975.
Most Shocking Moments of All Time The Greatest Cast Members in SNL History People Banned from SNL for Life Feuds from Behind the Scenes All the Episodes from Season 45, Ranked Great Sketches That Probably Got Someone Fired Sketches Where the Cast Keeps Laughing Stories from Behind the Scenes Insane Stories of Drugs Backstage Every Person Who Has Hosted SNL Every Single SNL Musical Guest Favorite Characters of All Time The Worst Current Cast Members The Best Current Cast Members Cast Members Who Perished Too Soon The Very Best Characters from Weekend Update Famous People Rejected by SNL Cast Members from a Single Season The Funniest Women in SNL History Totally Bizarre SNL Movies You Forgot About
Photo:  NBC

Saturday Night Live premiered on NBC on October 11, 1975. That's right, this sketch comedy show has been running for more than 40 years. With all those hours of television and all those crazy personalities in one place, making live television, there are bound to be more than a few truly shocking moments. The top 18 most shocking SNL moments on this list are legendary.

SNL has brought so many hilarious comedians to the mainstream and kick-started many wonderful film careers (and also some not-so-wonderful ones). But not everyone was successful as a host or a musical guest. Some hosts decided to take matters (and material) into their own hands after feeling censored by producers and/or the network. Some musical guests changed their playlists at the last minute, or just forgot what they were up there doing altogether.

Below we celebrate the most shocking moments from the television institution that is Saturday Night Live. Vote up the moments you were most shocked by below. And remember: It's never a good idea to rip up a picture of the pope on live television.

Sinead O'Connor does what she wants. In rehearsals for her performance on SNL, she held up a photo of an African child showing that we need to fight hunger and help those in need. But for the live show, she decided that while singing about the enemy, she would bring up a picture of Pope John Paul II, tear it up on live TV, and encourage viewers to "FIGHT THE REAL ENEMY!"

She was banned from SNL and her career hasn't been too hot since the incident. 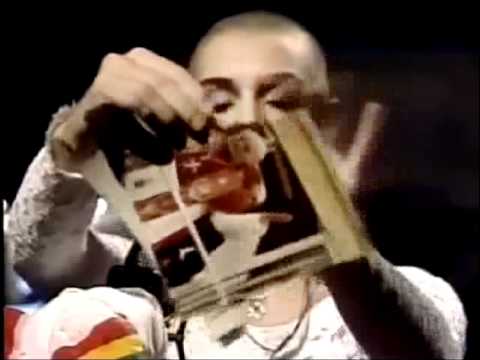 Was this shocking?
2
Chevy Chase And Richard Pryor Get Racist

Even now this video is pretty edgy as far as racism goes, but in 1975 it was downright shocking. In the video Chevy Chase (the good old days version) interviews Richard Pryor with a round of word association.

We'll let you watch and see the results for yourself. Just remember... this aired on national television. 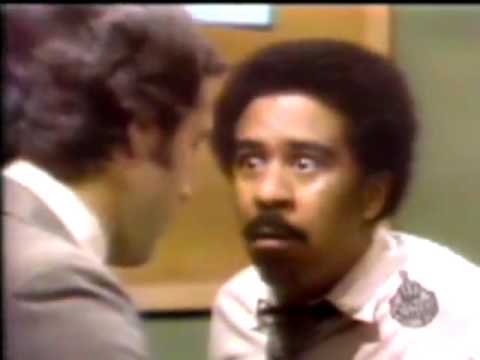 In one of the most awkward videos to come out of network television (which is saying a lot), Ashlee Simpson could NOT have been caught more red-handed than in this "live" performance of "Pieces of Me."

The band starts. Simpson dances about and before she can even start to sing she's somehow... singing. Impressive. The band then tries to cover it by playing louder but her voice echoes awkwardly through the studio while she hops around. Finally the embarrassment is too much and she runs off.

Her reason for lip syncing live on SNL? Acid reflux.

The video really speaks for itself, and we don't want to give anything away, but while Christoph Waltz (of Inglourious Basterds and Django Unchained) was hosting SNL, they presented this skit which pissed off ALL the people. JC Penny and Sears even pulled advertising from NBC. 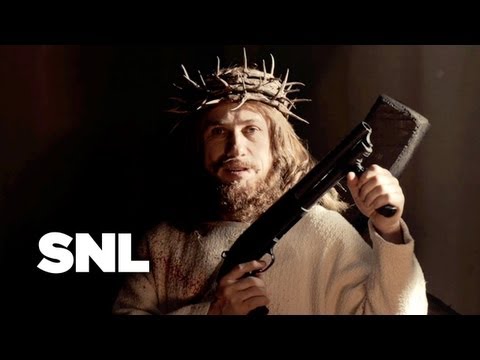