1 LISTS Inside the NBA Everything you need to know about the fastest 48 minutes in sports.

The NBA playoffs bring an all new intensity level that is nothing like the regular season. And with every possession of every game meaning so much, there is nothing better than watching a buzzer beater in the playoffs. These buzzer beaters have not only made for iconic moments that fans will never forget, but have helped shape the careers of many players in the NBA. Jordan jumping over Ehlo, Robert Horry beating the Kings, and Jerry West hitting a 60-footer to tie the game are just some of the great moments in NBA playoff history.

Many factors go into the ranking such as the importance of the game, the difficulty of the shot, and whether it was a game-winning or game-tying shot. In your opinion, which ones are the best NBA playoff buzzer beaters?
1
Michael Jordan: Chicago Bulls vs Utah Jazz in 1997
While this shot was not exactly as the buzzer sounded, it was close enough and a big enough shot to make this list. In what was originally thought to be Michael Jordan's last game, he gave fans an image to remember for the rest of their lives. Jordan hit Byron Russell with a crossover, and maybe a little push off, and rose up and hit the game-winner that would give Jordan his sixth and final championship. The image of Jordan holding his follow through as the ball goes through the net will forever be remembered in NBA history.

Agree or disagree?
2
Michael Jordan: Chicago Bulls vs. Cleveland Cavaliers in 1989
As far as playoff buzzer beaters go, there isn't a more iconic shot than Michael Jordan hanging in the air over Craig Ehlo to send the Bulls to the second round of the playoffs in 1989. While the Bulls didn't win the championship that year, that shot set up the legend of Michael Jordan and will forever be remembered in his storied career.

3
Robert Horry: Los Angeles vs Sacramento Kings in 2002
Robert Horry had a knack for being one of the most clutch players in NBA history, thus earning him the nickname, "Big Shot Rob." With the Los Angeles Lakers trailing the Sacramento Kings in the series 2-1, the Lakers were on the verge of going down 3-1 before the Kings' Vlade Divac knocks the ball from underneath his basket thinking time will expire, however the ball ended up right into the arm's of Horry waiting at the top of the key for the game winner. 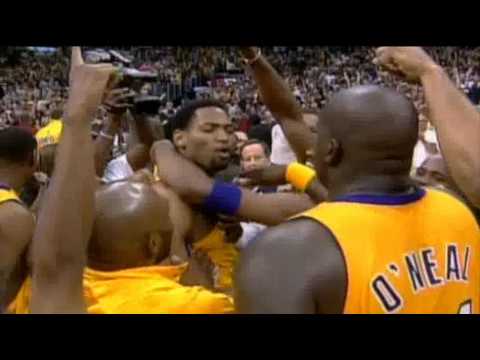 4
Kobe Bryant: Los Angeles Lakers vs Phoenix Suns in 2006
You can't have a list of clutch plays and not include Kobe Bryant on it. In the 2006 Western Conference First Round, Bryant took the jump ball from Walton, dribbled to the elbow and rose up for the game winner to give the Lakers a 99-98 victory over the Phoenix Suns. 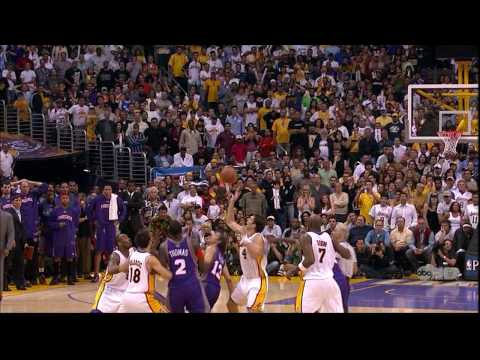 The Best Country Singers From Arkansas

The Best Selling Book Series of all Time