12 LISTS Death NoteWhen teenager Light Yagami finds a notebook that grants its user the power to kill anyone whose name and face he knows, he sets out to create a utopian society free of wrongdoing—until the reclusive L can find and stop him.
Why the Netflix Version Sucked Fan Theories to Think About Cosplay That Brings the Anime to Life Lesser Known Shinigami Must-Read Fanfiction Why The Second Half Is Superior Loving Misa Amane Just As She Is Favorite Characters Quotes to Remember Incredible Tattoos You'll Want, Too The Best Things Ryuk Ever Said Other Anime Fans Should Check Out
Photo:  Studio Madhouse

It's rare for an anime to have a unique concept that hasn't been beaten to death, so when Death Note first made its appearance, it makes sense that a huge fanbase exploded for the manga-turned-anime. This led to the release of anime similar to Death Note's concept, along with the possibility of an American television adaptation.

Rumors of an American version of Death Note have been circulating for years, ever since Zac Efron vaguely alluded to possibly playing Light Yagami back in 2010. Over five years later, Netflix released a trailer for a live-action movie that was slated to come out in August 2017. The original story takes place in the suburbs of Tokyo, while the Netflix one is set in Seattle.

Besides the location swapping, some controversial changes to the character's ethnicities, some renaming, and the fact that 75% of the characters from the anime/manga won't be included, there is not much known about the American Death Note. However, it can be said that this Netflix film adaptation is going to be very, very different from the manga. Fans can hope that they'll at least hear some of the best Death Note quotes in English, because there are a ton of things from the original series that definitely won't be in the American movie. Check out the list below and vote up the things that you probably won't see in the Netflix version of Death Note.

1
Taking A Potato Chip And Eating It

"I'll Take a Potato Chip and EAT IT!!" is a meme that, like "Just According to Keikaku," is still recognizable ten years after its inception. It stems from a scene where Light tries to outsmart the cameras hidden in his room by hiding a TV in a bag of potato chips. The scene is absurdly dramatized, with Yoshihisa Hirano's epic "Death Note Theme" playing in the background as Light writes down names on a piece of paper while eating potato chips.

What's more, the potato chips glisten. You see Light eat the same chip like, ten times. It's amazing. The chances of Netflix's Death Note conveying that level of drama through a potato chip is practically zero. 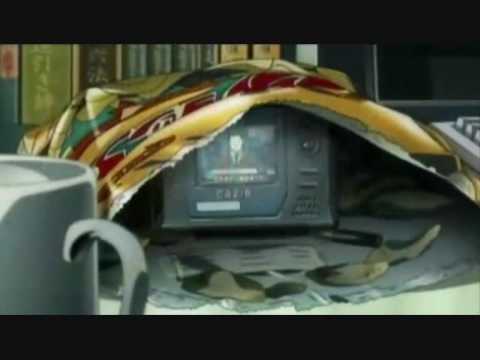 Agree or disagree?
2
A Disturbing Method Of Training Child Detectives

L became a detective at age eight, after being taken in by a British orphanage called Wammy's House. Until he died at 25, he worked tirelessly to become the greatest detective in the world. He didn't have anything resembling a meaningful childhood. This part might make it into the new Death Note movie, but what won't make it in are some of the stranger details about Wammy's House.

Wammy's House isn't just an orphanage - it's a mill for churning out geniuses, as described in an associated light novel called Another Note. Long before L reached adulthood, two potential successors were named. One of them, A, commits suicide because of the pressure. The other, B, becomes a mass murderer who so desperately wants to gain L's favor that he dresses exactly like him and leaves clues about his murders to impress L.

The anime/manga features Mello and Near, L's most recent successors after both A and B died. Mello and Near have been trained since they were small children to be the next L. They aren't the only ones - the whole orphanage is ranked based on their chances of taking over. A, B, Mello, and Near won't appear in the Netflix movie, so how L's strange past will be revealed is anyone's guess.

You haven't lived until you've watched a buttoned-up lawyer scream the word sakujo (Japanese for "delete") over and over again while murdering people via Death Note, all while drooling and writhing and eventually falling backwards in orgasmic delight. Mikami's sakujo-gasms were one of the most hilarious things to come out of the original Death Note anime, but you won't be seeing them in the Americanized version. Why? Because according ot the cast list, you won't be seeing Mikami at all. 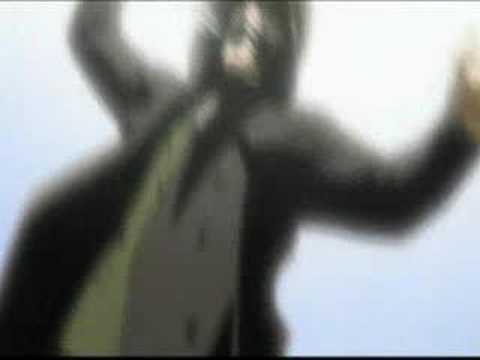 To be fair, the original Death Note didn't really portray females as brilliant, either. Misa Amane may have been a genius strategist whose ability to find Light in the first place is on par with L's detective skills, and Naomi Misora may have been a talented police agent who nearly catches Light out before he kills her. However, in the end, the women of Death Note are disposable fuel for Light Yagami's raging ego. They display unparalleled intelligence, but the narrative treats them like idiots.

The Netflix version of Death Note probably won't be a whole lot different. The only female character to make the cut is Misa Amane, now named Mia Sutton. While not much is known about Mia, the fact that the creators of the remake saw fit to eliminate every other female character does not bode well.

Agree or disagree?
LOAD MORE
Filed Under: Polls Animetop 10Anime Underground
more popular lists
Songs 128 voters The Best Songs with Word in the Title More Than Words is falling to #7 Animals 142.7k people have read Vicious Animals That Kill Just for Fun Drinks 1.3k people have voted on The Best Cheap Whiskey Sitcoms 39.7k people have voted on 16 Bob's Burgers Fan Theories That Are Just Crazy Enough To Be True