42 LISTS The Walking DeadIt's the final season of AMC's hit show, adapted from a comic book series, about life for survivors of an actual zombie apocalypse.
Objectively Bad Decisions Made by Survivors The Most Gruesome Deaths So Far Pet Peeves That Annoy All Fans Infuriating Little Details Fun Facts All Fans Should Know Characters: TV vs. Comic Books The Actors Out of Their Zombie Fighting Clothes The Best Daryl Dixon Moments Carol Kicking So Much Ass How the Comics Finally(!) End Things That Would Improve the Show Comic Book Differences Gross Things the Living Have Eaten Easter Eggs You Didn't Notice Fan Theories to Think About Comic Scenes Too Graphic for TV Greatest Characters The Strongest Survivors The Showmakers' Worst Decisions Actors in Other Roles
Photo:  The Walking Dead / AMC

WARNING: Spoilers may blow the horn at any time during this list. Also, violence is discussed and shown. It’s mostly Carol’s fault.

You can’t have a zombie apocalypse without a lot of blood, guts, and death. On The Walking Dead, everyone’s infected and their end is always near, but it’s really how they're taken out that will be remembered. There are the heartbreaking deaths of characters and then there are the badass kills that are the bedrock of The Walking Dead.

The best kills from The Walking Dead range from the well-deserved justice for the bad guys to the cool ways the characters take out walkers. Michonne’s killing of The Governor. Carol’s Wolf disguise and Chuck Norris/Rambo killing spree in Alexandria and Terminus. Daryl’s triple decapitation with a chain at the Wolf trap. Carl’s killing of walker Shane. Glenn’s walker kill with a chair.

One of the craziest kills in all of the seasons of The Walking Dead is Rick’s brutal throat ripping of Joe from the Claimed group. Rick had gone primal already back at the prison so poor Joe has no idea what he’s capable of. As the Claimed group threatens to rape Michonne and Carl, Rick digs deep into that dark dark place and goes medieval on him. No one saw that coming.

No one is more stone cold than Carol, though. She may pretend to be a shy demure housewife in season six but she’s become a warrior in the purest sense. Rick gives speeches, but there is no warning with Carol anymore. From domestic abuse survivor to Rambo, Carol kills like she's making a casserole and cutting up slices with her brass knuckle knife.

If the Alexandrians had of seen Carol in Daryl's poncho and smeared with udnead guts at Terminus, they wouldn’t have let her in at all, even with her culinary skills. After being exiled by Rick, Carol doesn’t stray far from the prison and tracks the group to Terminus after the prison falls.

Because Carol is cool as hell and because she has a forgiving soul, she blows up Terminus by shooting a bottle rocket into a large gas tank, killing as many cannibals as she can, allowing Rick and the group to escape. Her reunion with Daryl is a fan favorite. 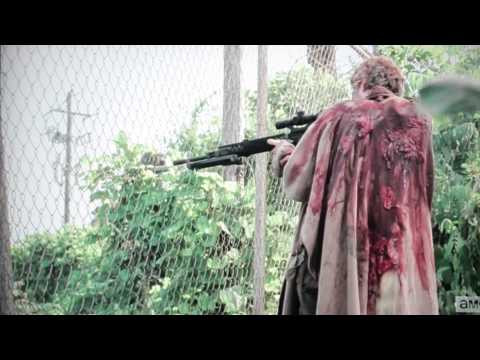 Was this brutal?
2
Carol Disguised as a Wolf Kills Invading Wolves and Gravely Wounded Alexandrians

In episode two of season six, Carol stepped up for the Chuck Norris crown when she shifted into her stone cold killer mode to defend Alexandria against the attack of a group calling themselves the Wolves. She shed her happy homemaker clothes and literally slipped into a Wolf’s clothing, which allowed her to turn on the Wolves and go on a killing spree.

As Morgan tried to do the right thing and save some lives, Carol was having none of it. One bullet, no monologue, Carol out. She also had to kill a few gravely injured Alexandrians, including smoker Shelly Niedermeyer. Now they can all stop looking for that pasta maker Shelly wouldn't shut up about.

It’s not that this killing is badass, but it does demonstrate Carol’s inner strength and willingness to do what must be done. Carol finds herself in an awful situation when she has to put down a little girl who thinks walkers are still people.

The pre-zombie world had therapy and medicine for the mentally disturbed Lizzie. In this world and as a mother, Carol knows that taking Lizzie’s life will save her from a future of pain and endangering others. As she readies herself to take the girl out, Carol's humanity shine through as she says, “Look at the flowers, Lizzie.” 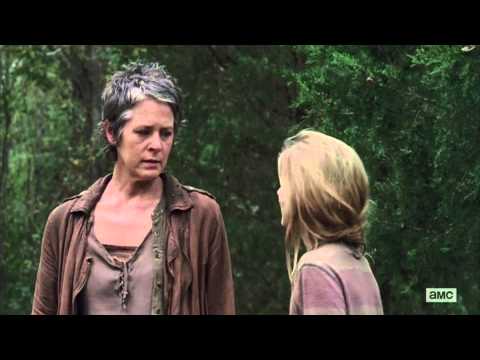 Was this brutal?
4
Escaping Terminus Kill-A-Thon

Carol blows up the gas tanks at Terminus and distracts the butchers from taking out Glenn, Daryl, Rick, and Bob. Their bloody exit, as they visit revenge upon the Terminus cannibals, is pretty sweet.

Was this brutal?
LOAD MORE
Filed Under: Polls The Walking DeadZombiestop 10Horror Movies and TVTotal Nerd
more popular lists
Internet 8.5k readers Whatever Happened To Jason Russell, The Man Behind Kony 2012? Entertainment 3.2k people have voted on The Sexiest Most Titillating Nude Movie Scene Ever Unspeakable Times 375.8k people have read Life Was Harder After Prison For The King Brothers, Who Murdered Their Own Father poll 86.1k people have voted on The Saddest Television Deaths Ever